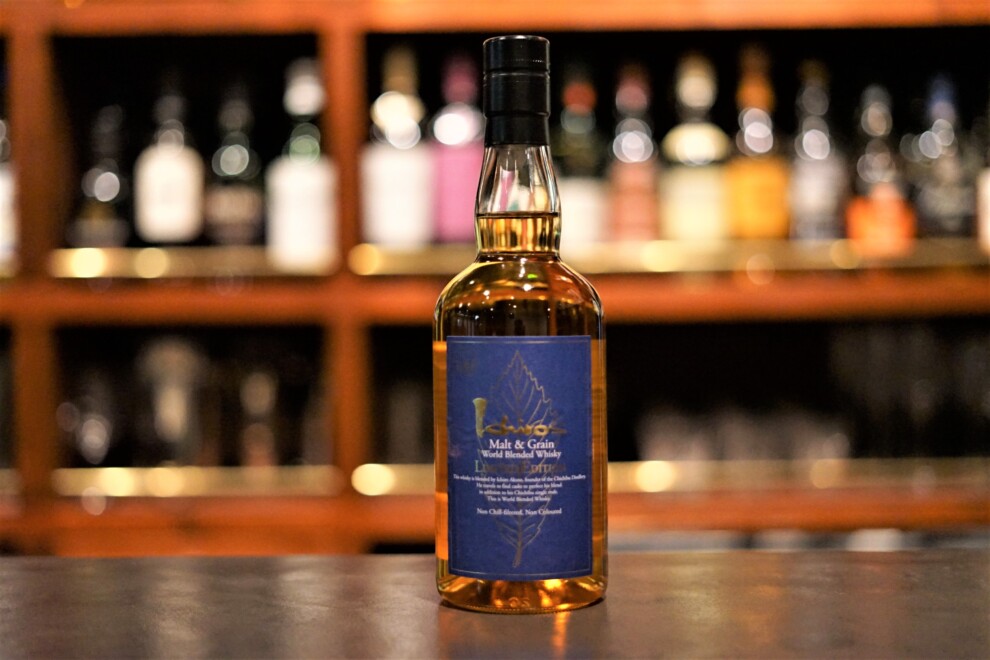 Ichiro’s Malt is popular not only in Japan but also in the world, having won the world’s number one prize at the WWA (World Whisky Awards).
Ichiro’s Malt, which is as popular among whiskey fans as the two major brands of Suntory and Nikka, is so popular that it sells out the moment it appears in stores, making it a difficult whiskey to obtain. The Leaf Series (Mizunara Wood Reserve, Wynwood Reserve, and Double Distilleries), which are the standard products, are immensely popular and captivate whisky fans, but this Limited Edition is even rarer and more popular.
This Limited Edition is a higher grade version of the White Label (World Blended Whisky), which is probably the most drunk of all the whiskies released by Ichiro’s Malt.
World Blended Whisky is made by blending malt and grain whiskies imported from overseas in addition to the malt and grain whiskies produced by Ichiro’s Malt. 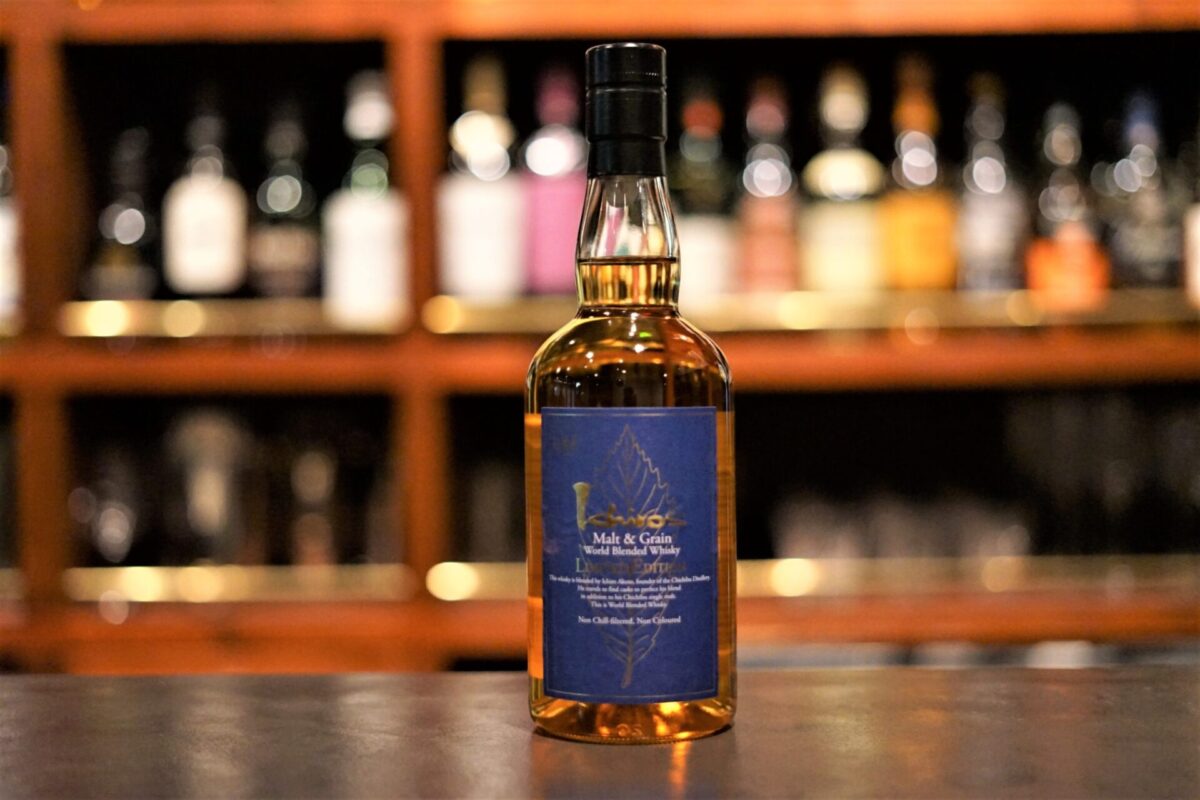 Malt and grain raw materials selected from around the world are used. This whisky is a collaboration with the world, blending those raw materials with Ichiro’s malt raw material that has been matured since its establishment in 2008.

The Chichibu distillery, which began production in 2008, ages its whiskey in traditional dunnage-style cellars. The key malt is an original whisky that shows its power in blending, and it is blended with a well-balanced blend of unique malts and grains that are matured in Chichibu.
The mellow sourness of the ripe plums and the sweetness that surrounds it is like light cotton candy, and the pleasant barrel aroma of the matured grain wine lingers in the mouth forever. This product is bottled with non-chill filter*1 and natural color to enjoy the character of the original. We hope you will enjoy the complex flavors that were created through the dialogue with the original sake. (Reference: from the label on the back of the bottle)

*1 Non-chill filter: When the temperature of whisky aged in barrels becomes low, the dissolved flavor components precipitate out*2 and become cloudy. In order to prevent this from happening, whisky is usually filtered after being cooled down to about 0 to 5 degrees Celsius. The ingredients that precipitate when cooled are either malt-derived or barrel-derived, both of which are considered to be flavor components of whiskey. The fact that the whiskey is not cooled and filtered means that it is bottled with the flavor components of the malt and barrels intact, resulting in a whiskey with a more complex and richer taste. 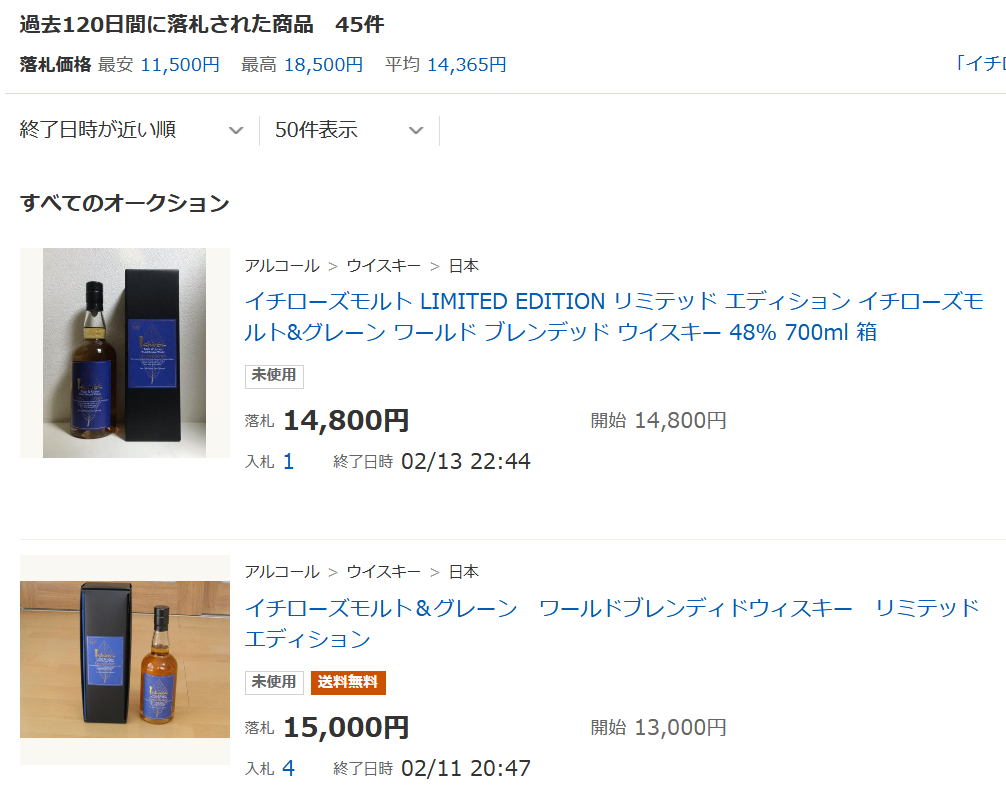 The Chichibu Distillery is currently aiming to make whiskey that is unique to Chichibu, including products made from barley grown locally in Chichibu, and considering the production of barrels using materials from Chichibu.
Mr. Ichiro Akuto’s dream is to bring out whiskey that has been matured for 30 or 50 years. His dreamy words only make our expectations for the future swell.

■ Please check out the other articles about “Ichirose Malt” .

In the December 2021 issue of Whisky Galore, published by the Whisky Culture Research Institute, we report on 11 Japanese craft distilleries, including some that are open to the public for the first time, under the title of "Japanese Whisky Craft Frontline," the first of three consecutive issues. Why did the popularity of Japanese whiskey and the craft boom occur