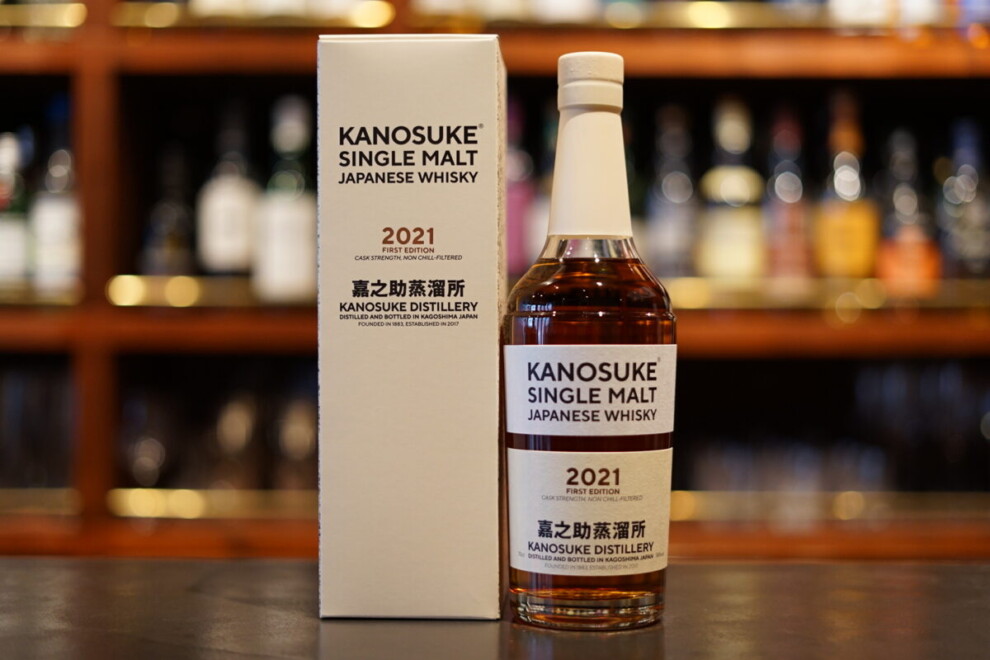 The box that houses the Single Malt Kanosuke 2021 FIRST EDITION was designed to resemble the sandy beach of Fukiage Beach that stretches below the distillery. When you touch both sides of the box, you can feel the rough texture of the beach, and the package design also depicts a beach. The shape of the bottle is also based on the motif of a pot still. This is the blissful moment when those who have visited the Kanosuke distillery pick up a bottle of Single Malt Kanosuke, think about it, and sip it. The bottle is also shaped like a pot still. TEAM KANOSUKE aims to create entertainment through experiences and impressions.

The Kanosuke distillery stands on a site of about 9,000 square meters by Fukiage beach on the west coast of Kagoshima prefecture.
In addition to the distillation facilities, the U-shaped, two-story main building has a bar with a great view and a store selling original goods.
The main features of the distillery are The distillery is equipped with three pot stills (large, medium and small). The main feature of the distillery is that it has three distilleries. The distillery has a capacity of 6000 liters, 3000 liters, and 1600 liters respectively.
In the world, craft distilleries (small distilleries) usually have two units. Whiskey is usually distilled twice, and by using pot stills with different neck shapes and upper line arm angles during the second distillation (re-distillation), the aroma and flavor of the raw material can be changed more richly.
Fukiage beach, where the distillery stands, is one of the three largest sand dunes in Japan and has been selected as one of the 100 best beaches in Japan. The beach is about 47 km long from north to south, and the strong wind rises from the surface of the sea, and the area around the distillery is covered in white mist from the fine spray from the sea. It is a place with a wide range of temperatures, with hot summers and cold winters, where it is not unusual for the temperature to drop to around 0°C and snow to fall. 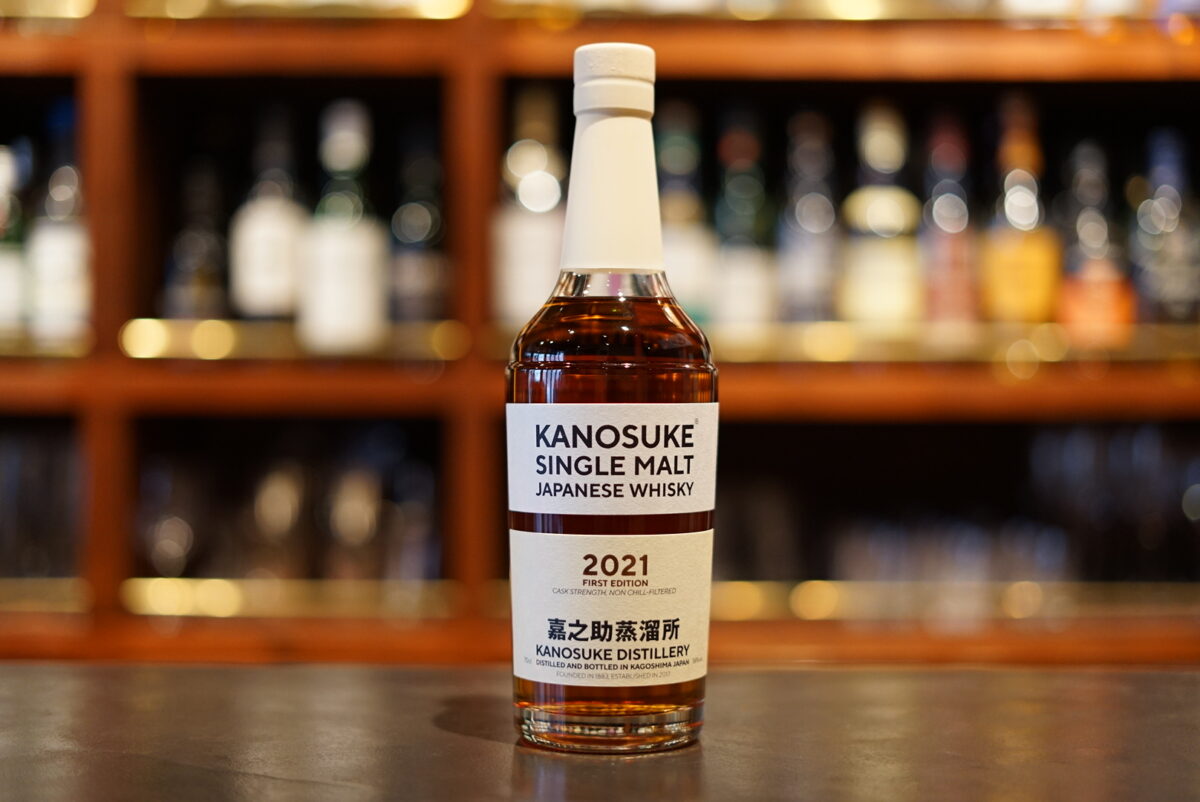 The Single Malt Kanosuke 2021 FIRST EDITION is our first single malt Japanese whiskey produced at the Kanosuke Distillery in 2017-18.
It is made with non-peated malt and bottled at cask strength using multiple barrels vatted from the same American white oak richer casks used for our barrel-aged rice shochu, Mellow Kozuru.

At last, our journey of Japanese whisky begins. (From the manufacturer’s website)

The Single Malt Kanosuke 2021 FIRST EDITION has finally been released to the world as a whiskey after 3 years of maturation. 3 types of Newborn were made between 2018 and 2020.
The third limited edition bottle from the Kanosuke Newborn Distillery won the “Japanese New Make Category Winner” at the Tokyo Whiskey & Spirits Competition 2021, so we can say that the distillery has very high expectations.

The surprising thing about it is its color, which makes it hard to believe that it is three years old. It has a dark amber color like the setting sun. The palate also starts with fresh and slightly acidic fruit, and later on you can find richness and a good amount of sweetness. The aftertaste is long, complex, and deep. This is a whiskey that I would like to drink on the rocks and enjoy the changes in flavor over time.

■Please check out the other articles about Kanosuke.