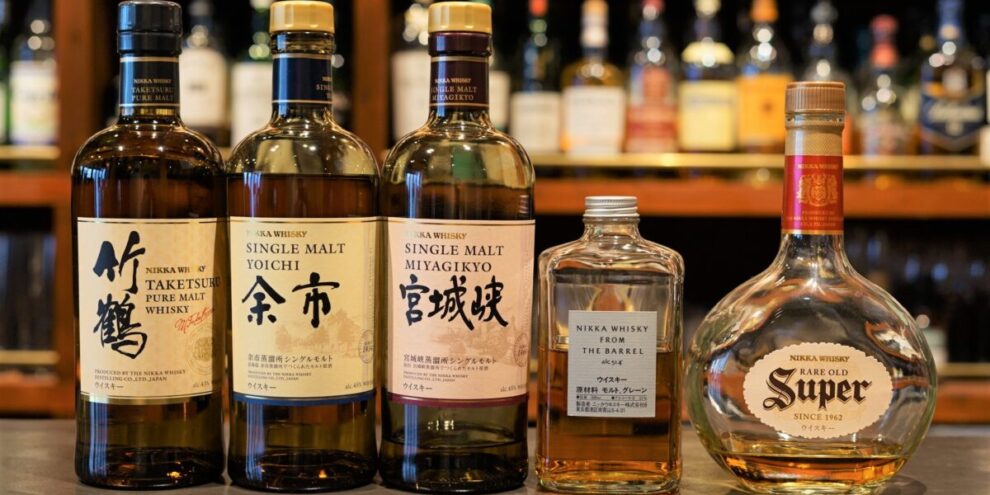 Of the 10 whisky products whose prices are to be raised, 7 products have been confirmed by the manufacturers and are listed below.

2. Whisky products subject to the price increase and the amount of revision

Currently, specific products subject to the price increase are not listed on the official website, but the following is a list of products that we have been able to confirm after making inquiries.

*Prices are for reference only and are not binding on dealers to set their own prices.

Asahi Breweries announced that it has decided to raise the price of its beer due to the soaring price of crude oil and the rising costs of raw materials, packaging, and logistics, and that it has found it difficult to absorb these costs through corporate efforts alone in order to “provide a stable supply of high-quality, safe, and reliable products. The company announced that it has decided to raise prices in order to strengthen its production system with an eye to the future.

We have tried to deduce what will happen in the period up to and after the revised price on October 1, 2022.

Until October 1, a buyout of the above target whiskies is expected. Especially “Taketsuru Pure Malt” and “From the Barrel” are very popular whiskies and the price increase rate is high, so it is expected to be a battle without a doubt.
Even now, they are rarely seen in stores, but the likelihood of encountering them will become even lower.

2-2. Price hikes by other companies

Since last year, manufacturers have announced a series of price hikes.

We expect that more and more manufacturers will raise their prices in the future as well.

【2022年4月1日】サントリーウイスキー値上げ
サントリースピリッツ株式会社は、一部取り扱いウイスキーの販売価格を2022年4月1日出荷分から5～28％引き上げることを発表しました。2016年4月1日の値段改定よりもやや高い値上げ率いなって...
Ichiro's Malt Leaf Series price increase
From April 1, 2022, a part of Ichiro's Malt will be raised. this is due to an increase in policy costs.

The price of Taketsuru Pure Malt was raised by 1,000 yen when it was changed to the new label, and now the price has been raised by another 500 yen.

The purpose behind the price increase is “stable supply in the future” so we can only hope that the situation will be better in a few years or 10 years from now.