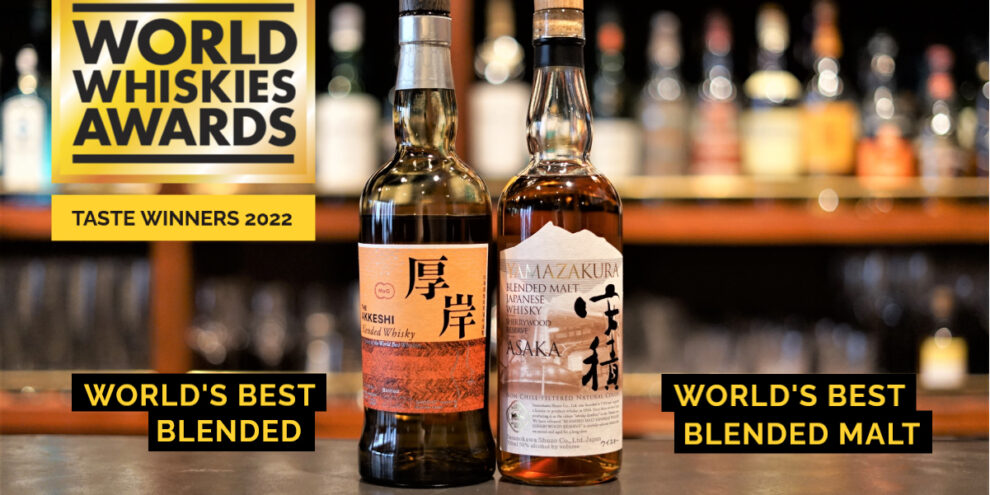 We recently posted an article on the results of the Japan preliminary round of the World Whiskey Awards 2022. The winning products in each category at that time will then advance to the world round, where the final results will be announced on March 24.

Yesterday, the results of the World Round were announced, and to our surprise, two Japanese whiskey products won the “World’s Best Award” .

What is the World Whiskey Awards (WWA)?

The judging process is divided into two genres, Taste and Design.

Each whisky is tasted in its own style to identify and select a style winner. The World Whisky Awards jury includes international journalists, liquor retailers, and industry experts. The first round of judging appears to be conducted in each of the exhibiting countries.

The style award winners will be tasted against each other to determine the “best” whisky in each category.

The “Best” whisky in each category will be tasted one last time to determine the “World’s Best” whisky. The judges at this stage include the judges from the first and second rounds, as well as leading distillery managers and whisky industry experts.

Now, it is time to announce the “World’s Best” whiskies that have won in the very “third round” . Here are the two winning whiskies and the other whiskies that were entered in their respective categories.

The winner of the world’s best blended whiskey category was Akkeshi Blended Whiskey Shosho, which was released on August 25, 2021 by the Akkeshi Distillery.

This product was released as the fourth in the Akkeshi Whiskey 24 Season Series, and is made mainly from 4-year-old aged whiskey, with a phenol value of 20 ppm, which represents peat, mainly from bourbon casks, and adjusted by using sherry andwine casks in addition to bourbon casks. It is a blended whiskey with a unique taste of Akkeshi. 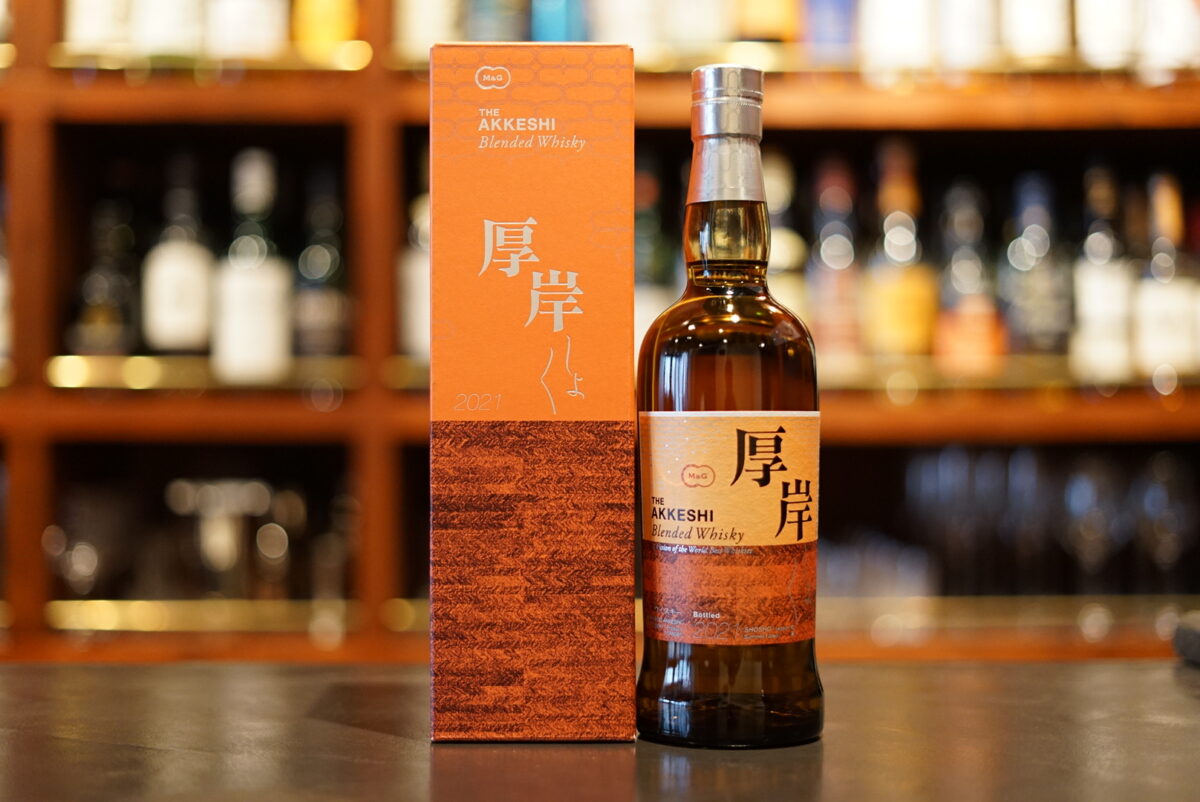 The Akkeshi Distillery immediately announced the award to its fans and enthusiasts.

Akkeshi Blended Whiskey “Akkeshi Blended Whiskey Shosho” released in the summer of 2021 from Akkeshi Distillery, Kenten Jitsugyo Co.
The World Whisky Awards (WWA) 2022, held in the United Kingdom, awarded the world’s top prize in the blended whisky category.
The World Whisky Awards (WWA) is an annual competition, and the judging process is consistently rigorous, with blind tastings conducted without the brand name being revealed.
This year, a record number of 268 producers from around the world entered more than 1,300 wines. The World’s Best Whiskey was selected in 19 categories through a rigorous judging process.
We thank you from the bottom of our hearts for this prestigious award. We will continue our efforts to produce safe, reliable, and delicious whiskey.
Blended Whisky
World’s Best Whisky
Akkeshi Blended Whisky
(Reference: Facebook page of the Akkeshi Distillery)

There were entries from Scotland, Ireland, and the United States, the home of whiskey, as well as from Australia and South Africa, which have recently become popular.

After blending, it is aged in sherry cask for about 18 months. The weight and the beautiful sweetness from the sherry are well balanced.

The other source of malt used in this distillery is undisclosed, but we can guess that it is probably from a distillery that Sasanogawa Brewery temporarily took custody of the source to save a certain distillery from a crisis.

If so, you can understand that this blended malt is a very precious whisky. 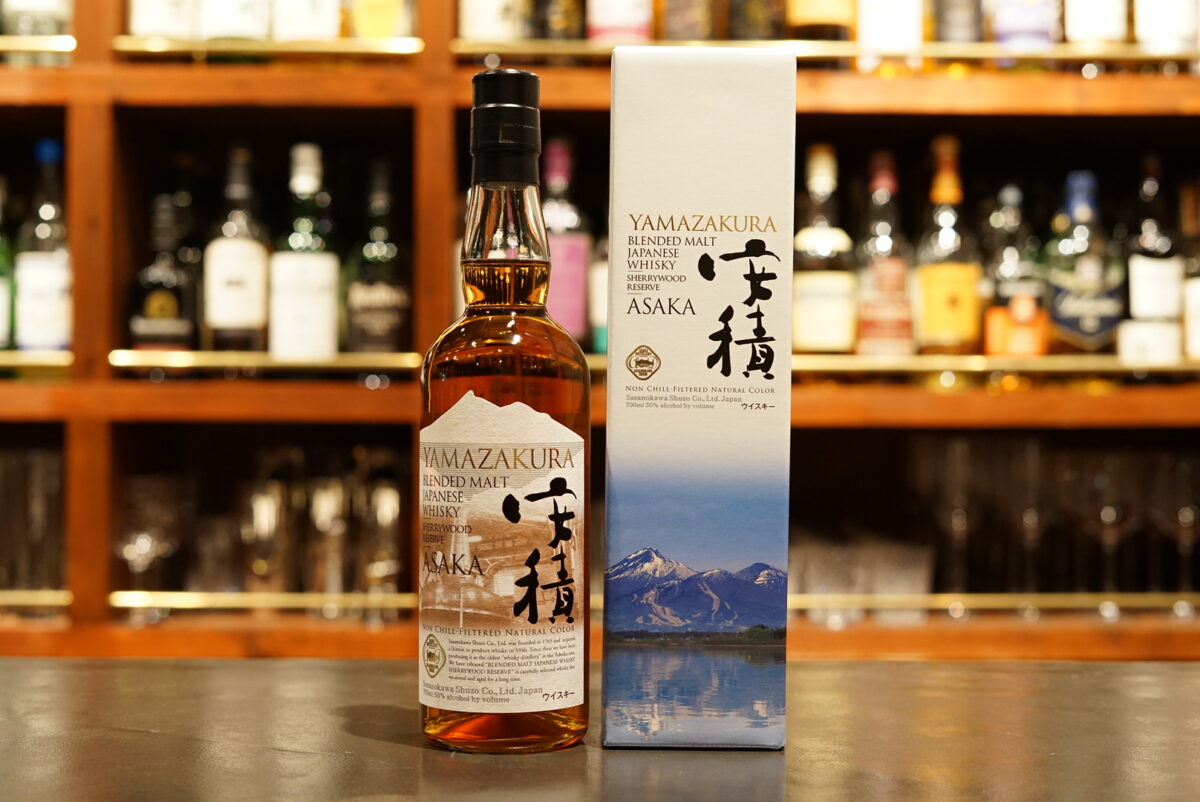 [Review] Yamazakura Blended Malt Japanese Whisky She...
The Sasanokawa Brewery, famous for its Cherry Whisky, was part of the local whisky boom that was known as "Cherry in the North, Toa in the East, and Mars in the West" ...

Unfortunately, it seems to be difficult to obtain the award-winning whisky, so here are some whiskies from Asaka Distillery for your reference. 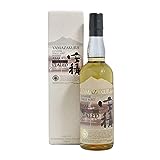 Other blended malt whiskies entered from various countries are introduced below.

In addition to entries from Scotland, Ireland, and the United States, the home of whisky, there were also notable entries from emerging whisky countries such as Australia, France, Germany, and Spain. 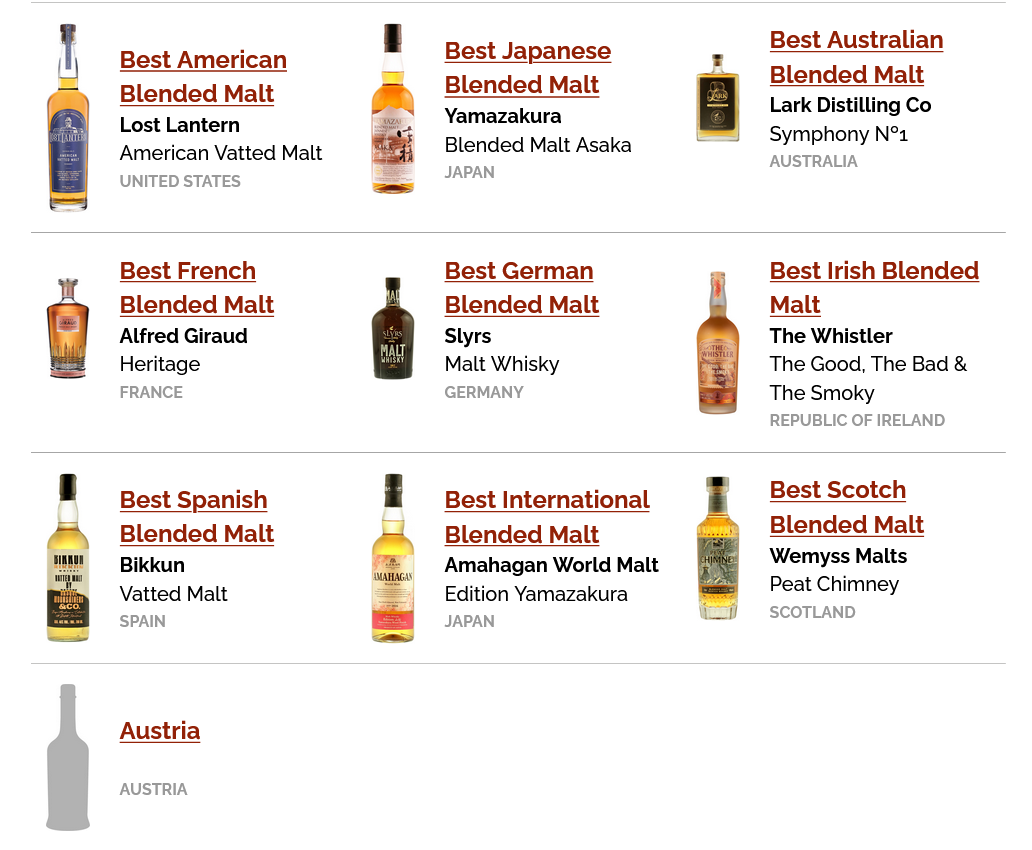 Meaning and discussion of this year’s award

In the past World Whisky Awards, there have often been cases in which Japanese whiskies from “Suntory” and “Nikka” have received high acclaim and won awards. Recently, “Ichiro’s Malt & Grain Japanese Blended Whisky Limited Edition 2021” from

Venture Whisky’s Chichibu Distillery won the world’s highest award in the “Blended Whisky Limited Release” category at the WWA2021 for five consecutive years This is a great accomplishment.

Following the previous awards for Suntory, Nikka, and Ichiro’s Malt, this year’s award for Craft Distilleries that have operated since 2016 proves that the Japanese whiskey industry has undergone significant changes and that the quality of Japanese whiskey continues to be appreciated as much as ever, as the results show! The company is a member of the “International Association of the Arts” (IAEA).

Which distillery will win the World’s Best next year?

It would not be surprising if any distillery were to win the award, as each distillery releases quality whiskey every month. We continue to keep an eye on Japanese whiskey.

It is served at BAR Shinkai.

If you would like to try the two award-winning whiskies, they are available at “BAR Shinkai” in Tokyo.

The prices offered are as follows respectively.

bar-shinkai.com/
Share
Previous Statistics on export value of whisky (2021)
Next Two new products to be released from Fuji Gotemba Distillery