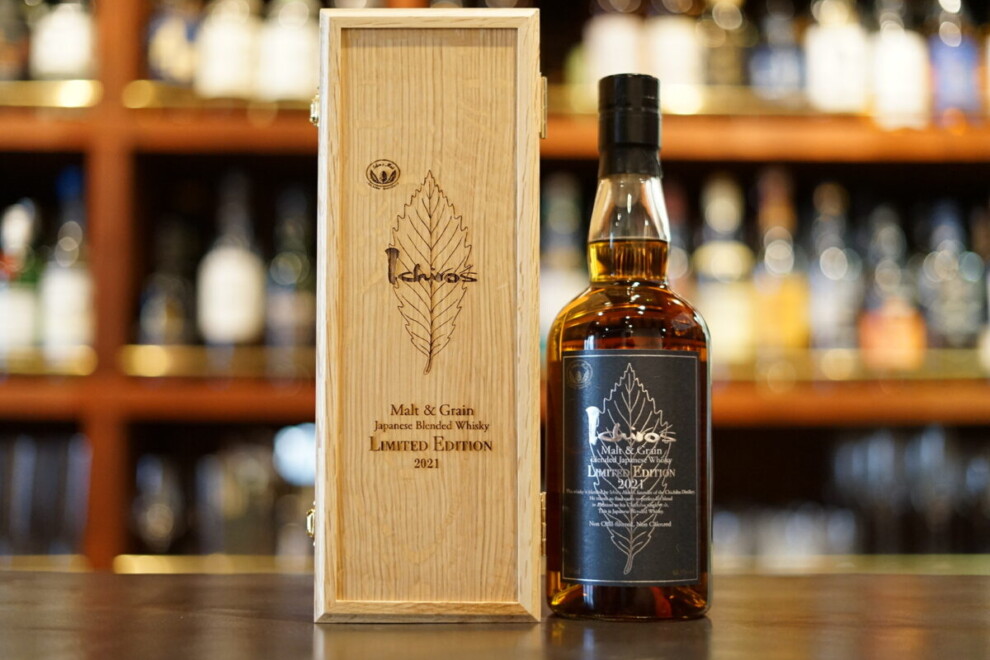 The World Whisky Awards has been held annually since 2007, and is a unique competition for whisky only.

Ichiro’s Malt is a whisky released by Venture Whisky in Chichibu, Saitama Prefecture. Ichiro’s Malt is so popular and hard to find that it sells out the moment it hits the shelves, but the standard Leaf Series (Quercus Wood Reserve, Winewood Reserve, and Double Distilleries) are extremely popular and captivate whisky fans.
Venture Whiskey was founded in 2004 by Ichiro Akuto as a whiskey sales company, and three years later, in 2008, he established a distillery in Chichibu City.
Mr. Ichirō Akuto’s passion and dedication to whisky making is so strong that he imported pod stills directly from Scotland.
The pod stills are imported directly from Scotland, and the fermentation tanks, called washbacks, are made of Quercus serrata.

Malt from the Chichibu and Hanyu distilleries and grain from the Kawasaki distillery, which used to exist, are the only ingredients in the blend.

The second distillery, which has been in operation since the fall of 2019, has a production volume that is a whopping two times that of the first distillery. 5 times The second distillery, which will be operational in the fall of 2019, will produce a whopping 1.5 times more malt than the first. The pot still is the same shape as the first distillery, but it is much larger so that it can distill five times as much malt. It is made by Forsythe. Gas direct-fired distillation machine made by Forsythe.

1946: Toa Shuzo was founded as the head brewery of Hidato Sake Brewery in the current city of Chichibu, Saitama Prefecture.

The company began producing sake.
1941: Moved a base to the current city of Hanyu, Saitama Prefecture and established a company.
1946: Obtained a whisky manufacturing license.
1948: Started production of whisky “Golden Horse”
2000: Hanyu Distillery shut down operations (production of unwilling whiskey) 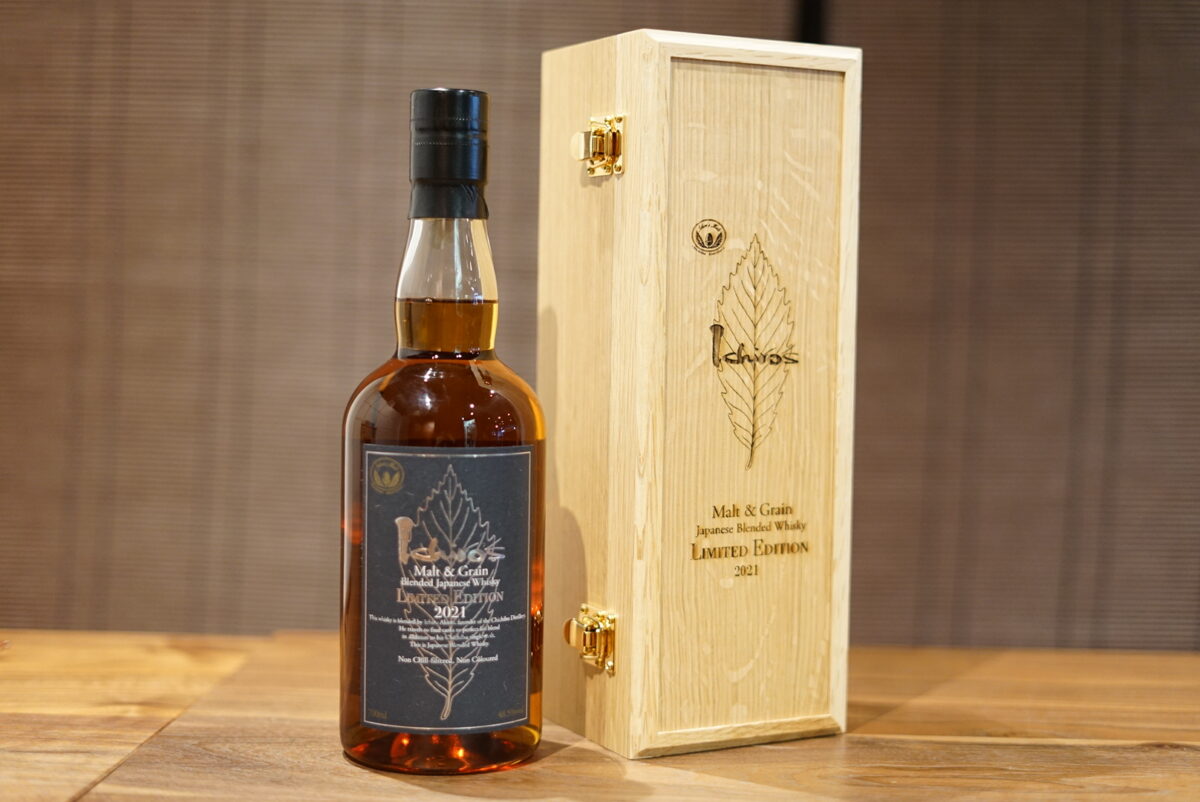 The Chichibu distillery, which started production in 2008, ages its whiskey in traditional dunnage-style storage. From among them, the original whisky that shows its power in blending is used as the key malt, and only the unique domestic whisky matured in Chichibu is blended in a well-balanced manner.
The refreshing sourness that blends with the weighty sweetness of brown sugar, and the barrel aroma with the memories of the maturing vault, linger comfortably in the mouth.
This product has been bottled in a non-chill filtered, natural color to allow you to enjoy the character of the original. We hope you will enjoy the complex flavors created through the dialogue with the original brew. 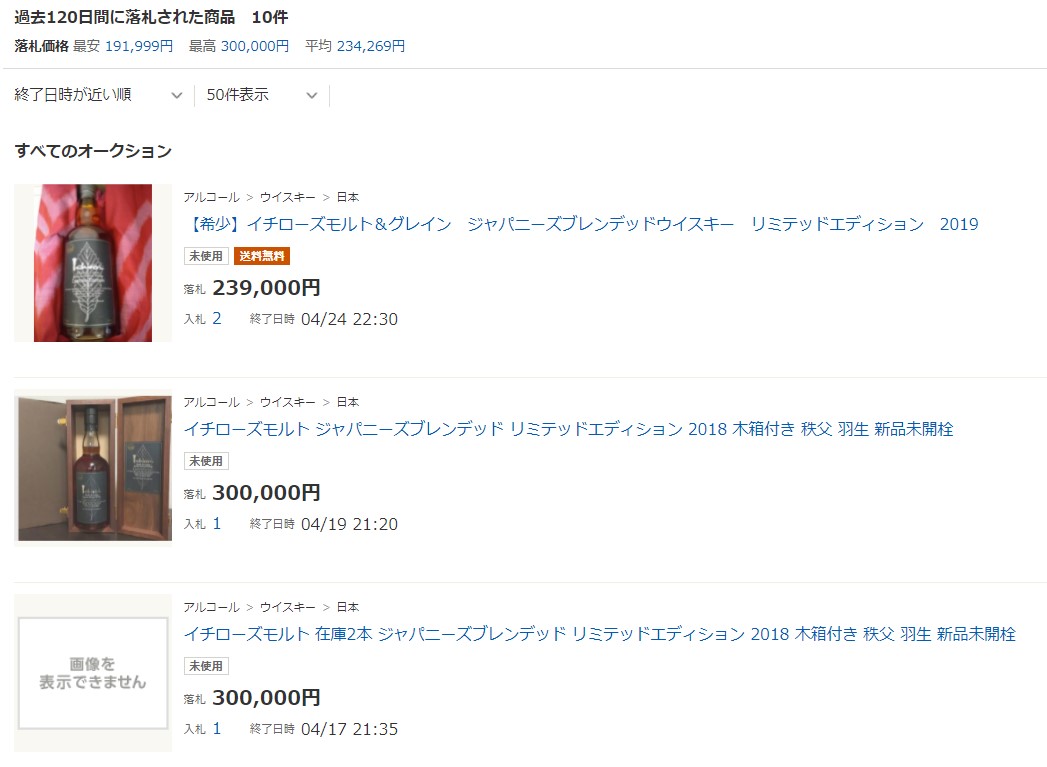 I was able to see past Japanese Blended Limited Editions listed on mail order sites as well. Last year’s Japanese blended limited edition was sold at Rakuten. 250,000 yen It is being sold at (*as of April 26, 2021)

This is a very rare whisky, limited to 500 bottles, but it is available at each BAR Shinkai.

We don’t know how long we will be able to continue blending malt from the Hanyu distillery and grain from the Kawasaki distillery.
It is a very precious whisky, but why not make it a candidate for the whisky you want to drink at least once in the future?

As a side note, the wooden box the bottle comes in is made of “Mizunara” (Quercus mongolica) and is carefully finished one by one by craftsmen.
There is a story that when the limited edition was released in 2019, the production of the wooden box was not completed in time and the release of the whisky was delayed by more than a month.

[Review] Ichirose Malt Chichibu x Komagatake 2021 - ...
This project, launched by two highly motivated distilleries in pursuit of new possibilities for Japanese whisky, began six years ago in April 2015 with the exchange of each othe...
[Review] Ichiro's Malt & Grain 505 - feature
Ichiro's Malt & Grain 505 is a whisky that can taste a malt feeling firmly because it raises the malt ratio than the current white label.