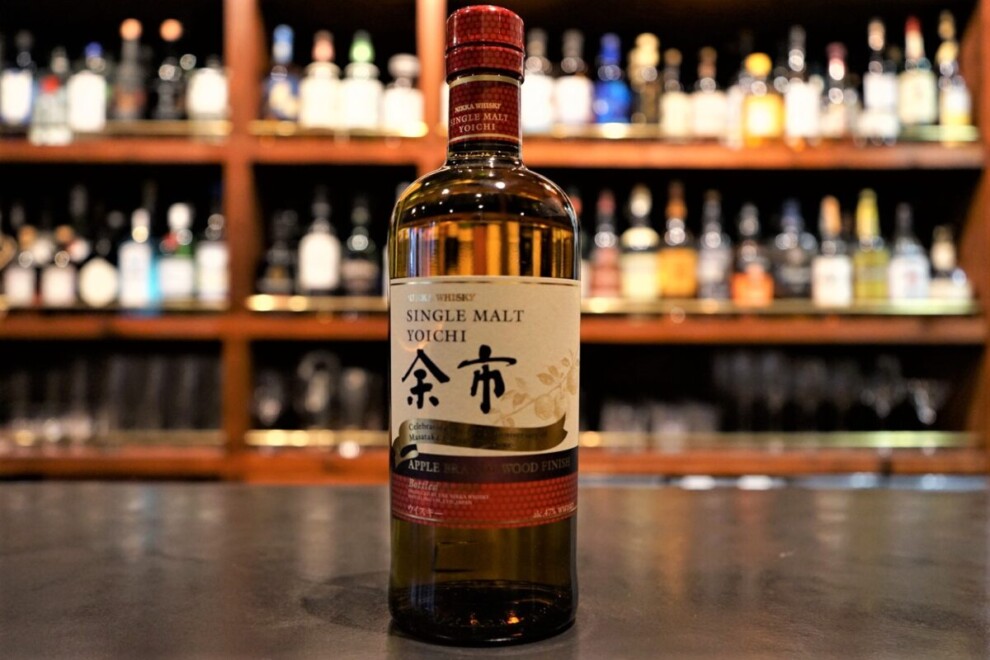 The year 2020 marks the 100th wedding anniversary of Nikka Whisky’s founder Masataka Taketsuru and his wife Rita.
In 1934, he founded Dainippon Fruit Juice Company (now Nikka Whisky Co., Ltd.). Since whiskey takes time to mature, products made from apples supported the early days of the company. This is a limited-quantity product made by finishing Yoichi and Miyagikyo, the fruit of Taketsuru’s dream, in apple brandy barrels. Limited edition of 6,700 bottles.

The Yoichi Distillery in Hokkaido is known as the Scotland of Japan. It was established in 1934 by Masataka Taketsuru, also known as Masan, whose predecessor was Dainippon Fruit Juice Co. Masataka Taketsuru believed that a place similar to Scotland Cool and humid climate, rich water source and clear air Masataka Taketsuru chose Yoichi, located at the base of the Shakotan Peninsula, west of Otaru, from among various candidate sites. Masataka Taketsuru’s goal for his first distillery was to create a heavy and powerful malt whisky. He was determined to replicate the whisky-making methods he had learned at the distilleries of Scotland, without compromise. The symbol of this dedication is the “ Straight head type pot still The symbol of this dedication is the use of ” coal ” and ” direct coal fire distillation. The result is a heavy, fragrant, heavily peaty raw material that produces a unique single malt with a peaty aroma and a touch of saltiness. This distillation method is based on the method used at Longmorn Distillery, where Taketsuru himself studied. If it is necessary to make real whisky, we will protect it even if it is inefficient. Such passion, which can be said to be the origin of Nikka Whisky, and Masataka Taketsuru’s dream have been handed down to this day. 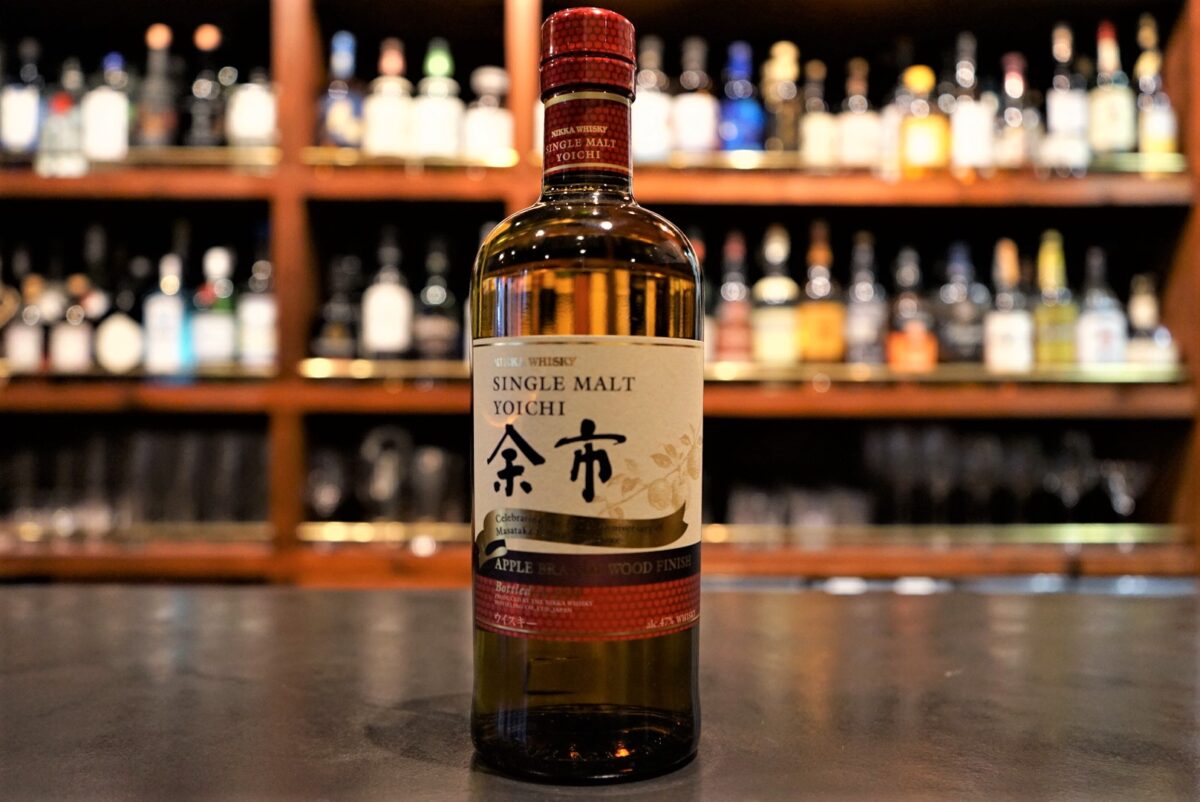 Well-balanced aroma of apples and peat 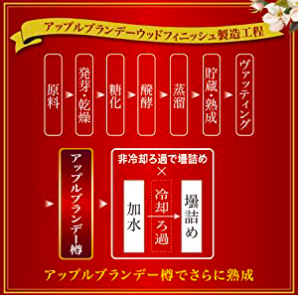 After normal aging, it is further aged for about 6 months in barrels that have been used to age apple brandy for more than 28 years. The aroma is sweet, aromatic and rich, like apple compote. The savory and mellow sweetness reminiscent of apple pie and cookies is harmonized with the richness of Yoichi peat. 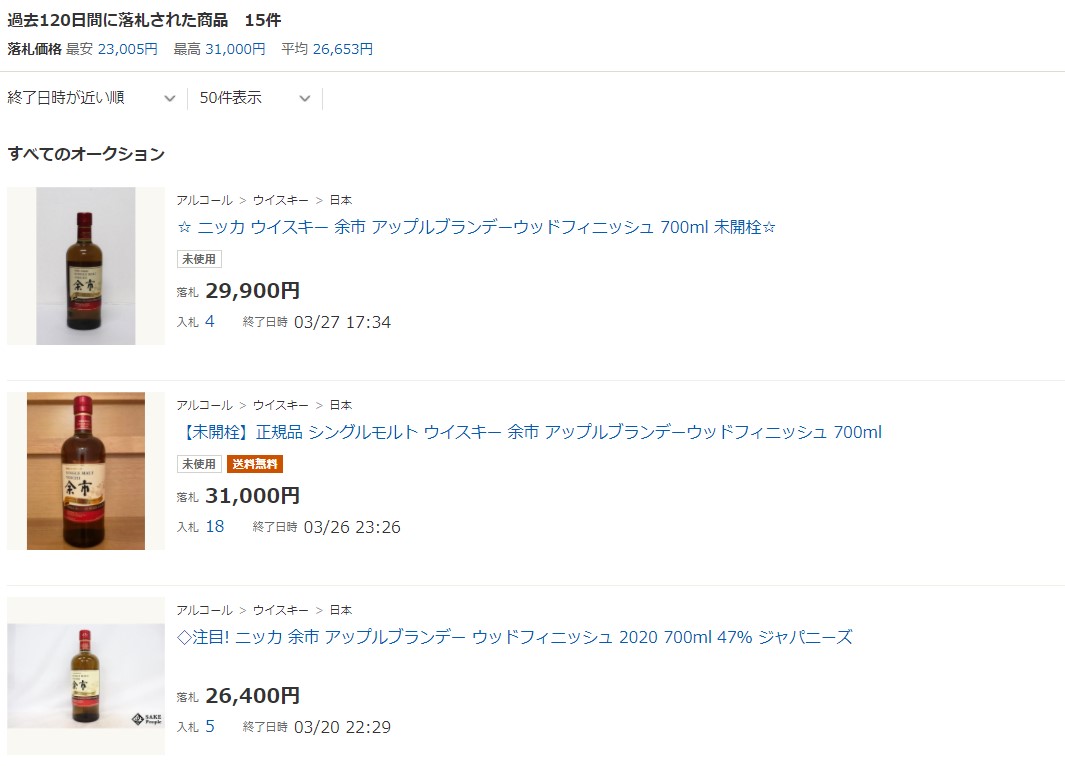 The aroma of apple and peat are well balanced and harmonized, not too sweet.
When you sip it straight, the smokiness characteristic of Yoichi comes first, but the apple also comes out faintly later. It has a surprisingly refreshing taste.
When water is added, the apples come to the fore and the sweetness increases. There is also a hint of vanilla.

I thought the apple brandy would be pretty sweet, but it’s surprisingly refreshing to drink.
If you drink it on the rocks, the alcohol mellows out and it becomes a refreshing apple.
Even if you drink it with soda, you can enjoy the sweetness and lingering aftertaste without losing the apple.

This is a whiskey that will satisfy you in every way.
In a word, it is a “clean and refreshing apple”.

Please check out the other articles about single malt Yoichi.