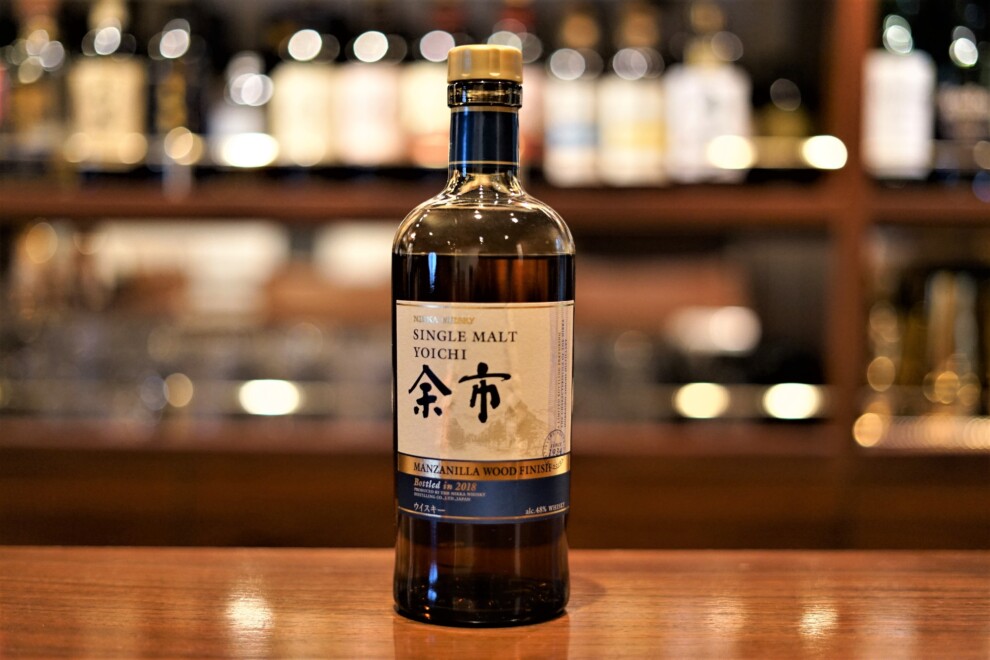 Manzanilla Wood Finish, marketed by Asahi Breweries and manufactured by Nikka Whisky, released simultaneously from the two distilleries in Yoichi and Miyagikyo.

The Yoichi Distillery in Hokkaido is known as the Scotland of Japan. It was established in 1934 by Masataka Taketsuru, also known as Masan, whose predecessor was Dainippon Fruit Juice Co. Masataka Taketsuru believed that a place similar to Scotland Cool and humid climate, rich water source and clean air Masataka Taketsuru chose Yoichi, located at the base of the Shakotan Peninsula, west of Otaru, from among various candidate sites. Masataka Taketsuru’s goal for his first distillery was to create a heavy and powerful malt whiskey. He was determined to replicate the whiskey-making methods he had learned at the distilleries of Scotland, without compromise. The symbol of this commitment is “direct coal distillation” . This distillation method is based on the method of the Longmorn distillery, where he learned it himself. If it is necessary to make genuine whiskey, we will protect it even if it is inefficient. Such passion, which can be said to be the origin of Nikka Whisky, and Masataka Taketsuru’s dream have been handed down to this day. 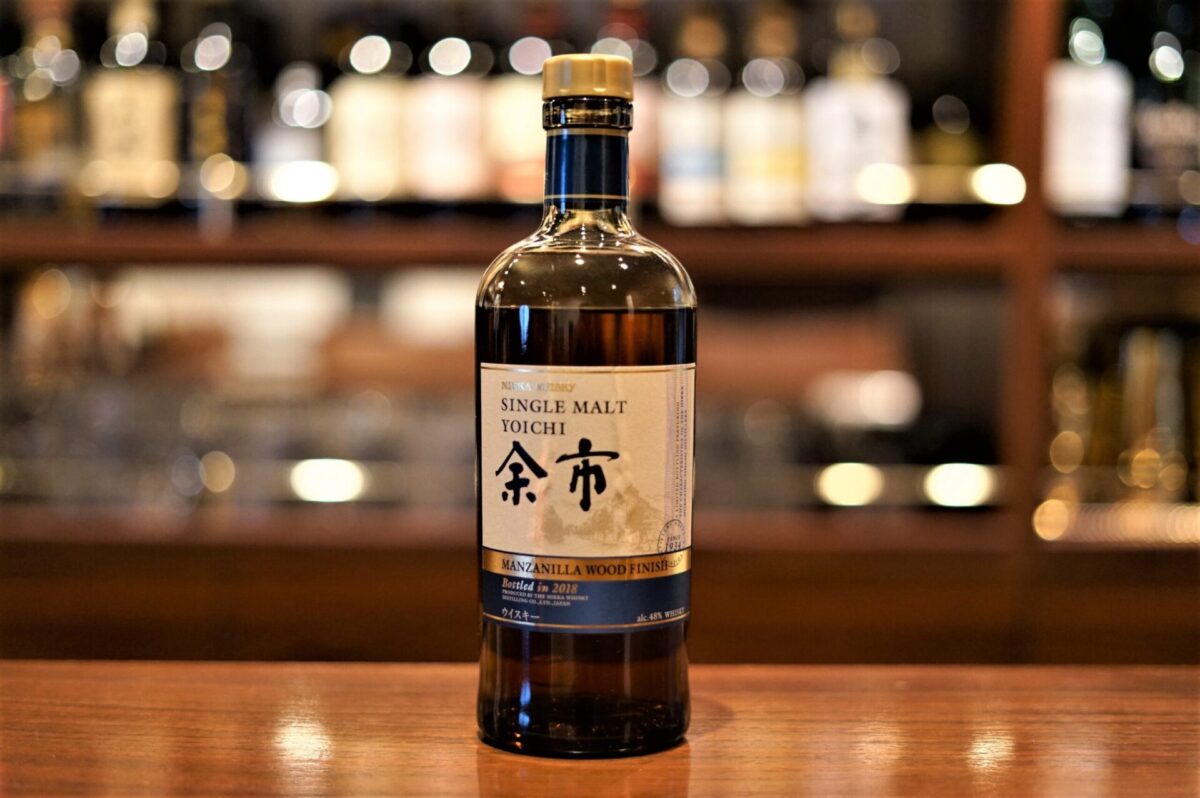 “Single Malt Yoichi” has a strong and thick flavor. It is characterized by the harmony of fruity sweetness, richness and savory peat. The aroma of tropical fruits such as peach and papaya, sweet and sour aroma reminiscent of shortcake, and lingering peat reminiscent of a bonfire can be enjoyed. 4-1.
After regular maturation, the whiskey is stored and matured for 18 months in barrels where sherry “Manzanilla” was matured for 50 years, and bottled without cooling and filtration in order to produce a rich and complex flavor.
Manzanilla is a dry sherry that is aged in the Sanlúcar de Barrameda region of southern Spain. The Sanlúcar de Barrameda area is located by the sea, and the sherry casks are fully influenced by the sea and have been matured for more than 50 years using the solera system (wine adding).

In the Mercari About 30,000 yen (*as of February 10, 2021), the price has tripled. However, it is becoming difficult to even find it because it is not available on the market in the first place. 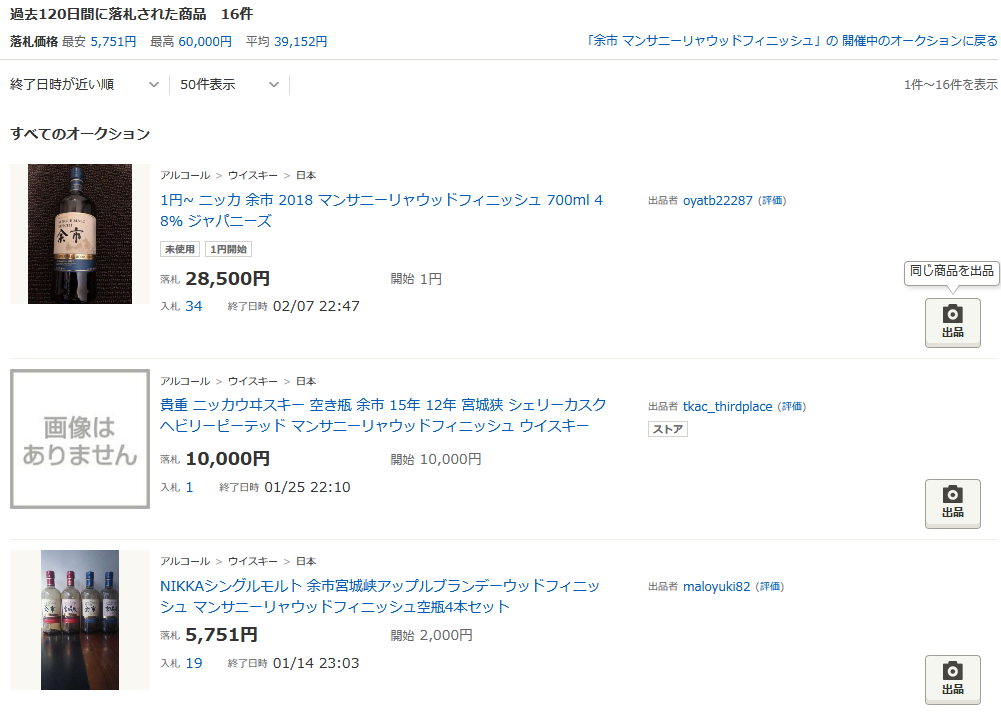 Yoichi is a masculine, powerful, and heavy single malt that is aged in dry sherry barrels called Manzanilla.
Manzanilla sherry casks are made from sherry pads that have been filled with sherry for 50 years.
The sweetness is pushed out strongly, showing us a new side of Yoichi that is sweetly fragrant, yet woody and bitter.
The following year, in 2019, Yoichi will be celebrating its 50th anniversary with a limited edition and an apple brandy wood finish. In 2021, we aim to invest 6.5 billion yen until the end of this year to increase the production capacity of both Yoichi and Miyagikyo distilleries
The number of bottles sold will gradually increase and new products will be released.
I am very much looking forward to seeing what will be released.

Please check out the other articles on single malt Yoichi.