It is a blend of the world’s five major whiskey brands, centered on peated malt base whisky. It is said to have the strong smokiness of Irish and Scotch, the rounded smokiness of Japanese, and the smoothness of Canadian and American.

The release date is June 7, 2022. It will be released in limited quantities.

This time, we have blended the world’s five major whisky-producing regions with a focus on peated malt whisky, which is characterized by its smoky character. Through the new “Ao <SMOKY PLEASURE>” which is layered with “smoky” whiskies from around the world, we hope to convey the deep appeal of whisky to a wider audience.

About the flavor and package
The new Ao <SMOKY PLEASURE> is a blend of Irish and Scotch whiskys with a strong smoky character, Japanese whisky with a rounded smoky character, and American and Canadian whisky, giving it a smooth taste with a smoky character.
The packaging uses gray as the base color of the label to clearly express the smoky flavor. The design also expresses the overlapping flavors of the various base liquors with a variety of interwoven colors. 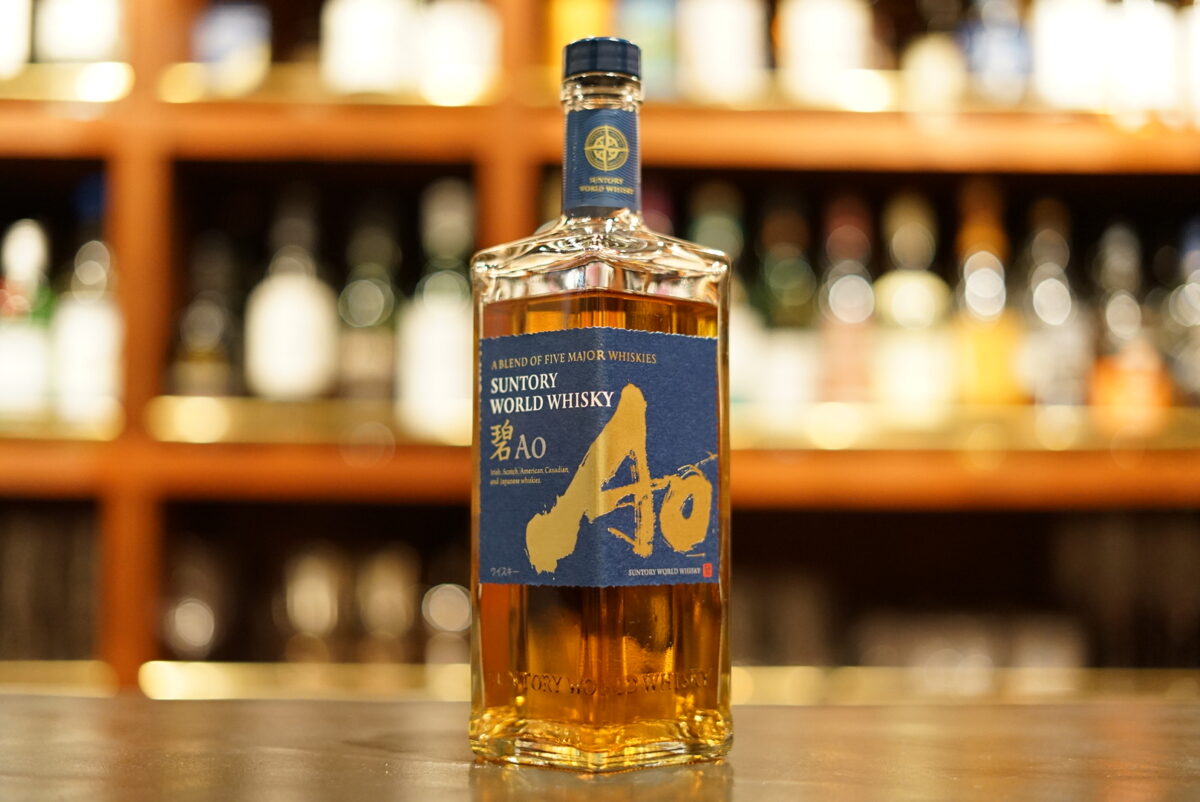 It is a complex and flavorful whisky with the characteristics of whiskies from around the world spreading in the mouth. It is an interesting bottle to find out which original whisky is where.

Ao was initially released in limited quantities, but was later released as a regular product. It would be nice if  Ao <SMOKY PLEASURE> would be released as a regular product at a later date, but recently, not only Japanese but also Scotch and Bourbon are being sold out or discontinued due to a shortage of original sake. I think that the sales may be limited to a limited quantity.

I wonder what kind of sake will be used for Ao <SMOKY PLEASURE> and how smoky the flavor will be.

As the name “SMOKY PLEASURE” suggests, we expect that it will be a well-balanced blend of Bowmore and Laphroaig distilleries whiskies, which are not used in the regular Ao.

■ Please check out this article for more information on Suntory’s other whiskys.