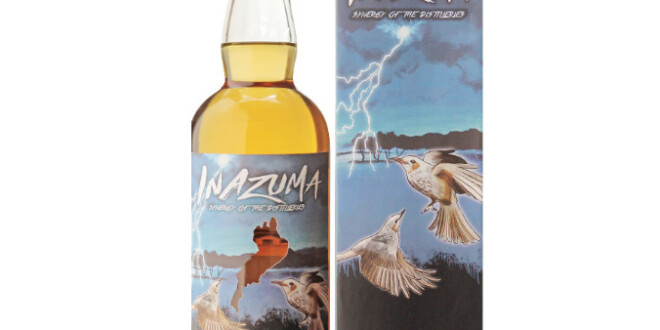 This challenge is the first time in the history of Japanese whisky.

Since 2016, the number of craft whisky distilleries in Japan has increased rapidly. Each distillery is making whisky with its own particularities and characteristics. The new products created from the exchange of raw spirits between distilleries may bring new discoveries, realizations, and even unexpected miracles. Without a doubt, I think this is something that is necessary for the development of the whisky industry in Japan.

2.Background of the raw spirits exchange and origin of the product name

On the left in the photo is Mr. Takahiko Inagaki, Manager & Blender, Saburomaru Distillery, and on the right is Yusuke Yaku, Blender, Nagahama Distillery.

3.Details of the products to be released 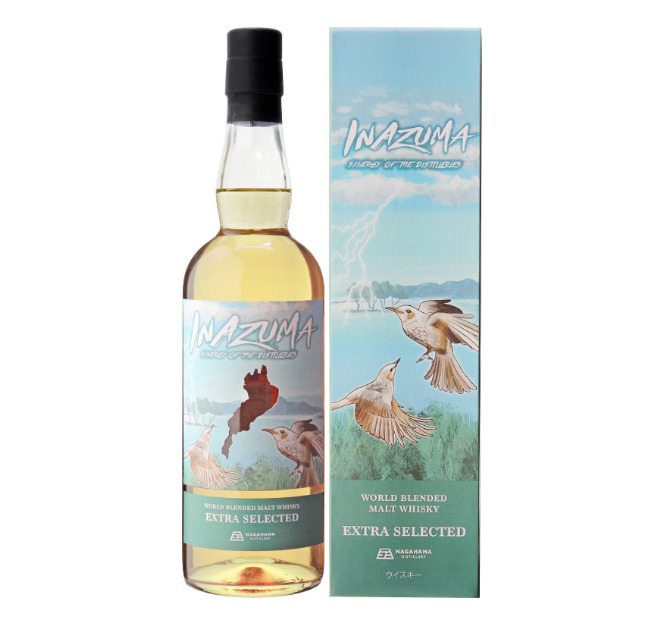 4. About the lottery sales

5. Other products of Nagahama Distillery

AMAHAGAN World Malt Edition No.3″ is the third installment of the AMAHAGAN World Malt Series, which focuses on blending, one of the most important steps in whisky making, in preparation for the future release of a single malt.
This third release is based on Edition No. 1, which is an exquisite blend of malt whisky from overseas and malt from the Nagahama Distillery, and is marriaged by utilizing the oriental character of Mizunara oak, which is native to Japan and commonly known as “Japanese oak.

It has been three years since the distillation started in 2016.In preparation for the future release of a single malt, the World Malt series “AMAHAGAN” was created with a focus on blending, one of the most important processes in whisky making.

This time, “Edition YAMAZAKURA” is based on “Edition No.1”, which is an exquisite blend of Nagahama Distillery’s malt with malt whisky from overseas, and is marriaged with “Yamazakura” native to Japan. It has a pleasant aroma reminiscent of Japanese fragrant wood, and a gentle aftertaste.

See this article for new products to be released from the Saburomaru Distillery.

【Limited release on March 30, 2021】 FAR EAST OF P...
A new product will be released on Tuesday, March 30, 2021 from Wakatsuru Shuzo in Toyama Prefecture.This product is the first collaboration between two Japanese craft distilleri...