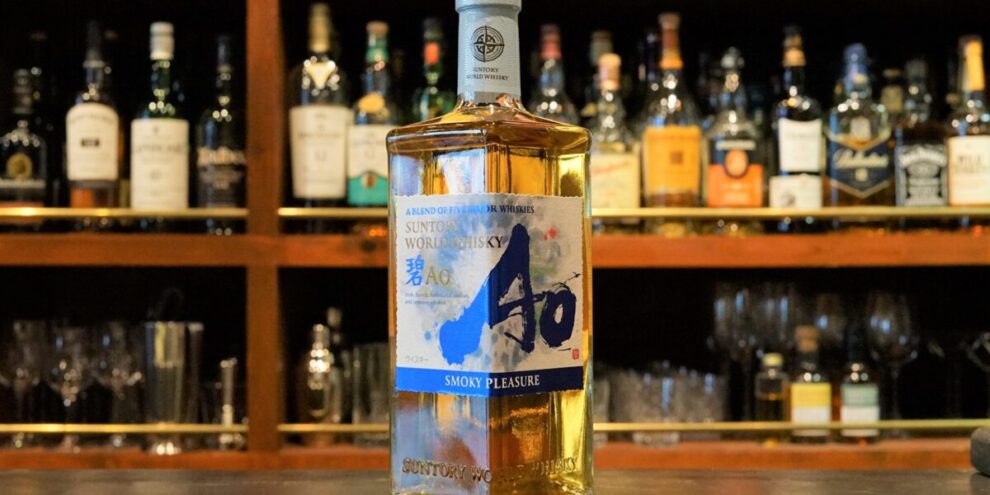 SUNTORY WORLD WHISKY Ao is the result of Suntory’s new challenge to develop a blended whisky by blending the original spirits of the world’s five major whiskies, which are rich in character.

The bottle design is based on the blue color of the ocean that connects Japan and the world, the pentagonal shape of the bottle representing the five major whiskies, and the bottle neck depicting a compass.

“Ao SMOKY PLEASURE” is a blend of “SUNTORY WORLD WHISKY Ao” with a focus on peated malts. The label design was also redesigned, with a blue color and a gray color that evokes smokiness.

Yamazaki Distillery
Suntory’s founder, Shinjiro Torii, was determined to make whisky with a passionate desire to “create a Japanese whisky that would suit the delicate taste of the Japanese people. Thanks to his efforts, Yamazaki Distillery was established in 1923 as the first whisky distillery in Japan.

For more information on Yamazaki Distillery, please refer to this article.

In order to produce a different type of malt whisky, theHakushu Distillery searched all over Japan for the best water for making whisky, and selected Hakushu, one of the most famous water areas in Japan. In 1973, exactly 50 years after the operation of the Yamazaki Distillery, Suntory’s second malt whisky distillery, the Hakushu Distillery, went into operation. 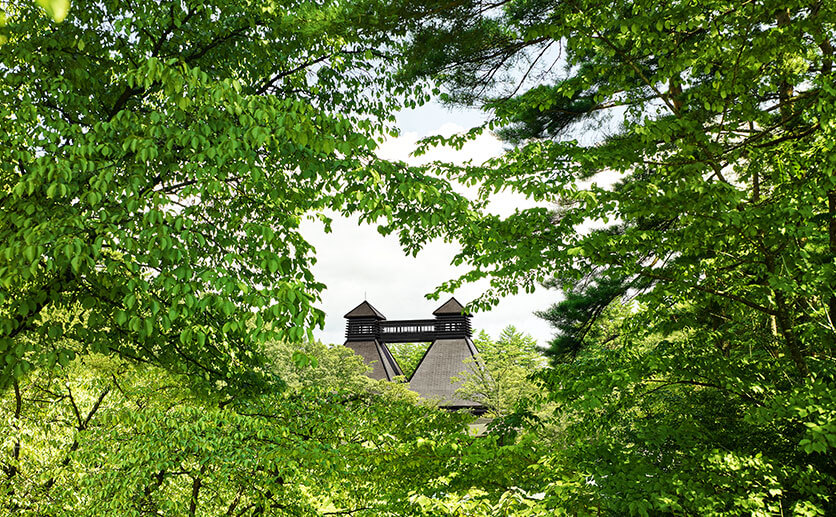 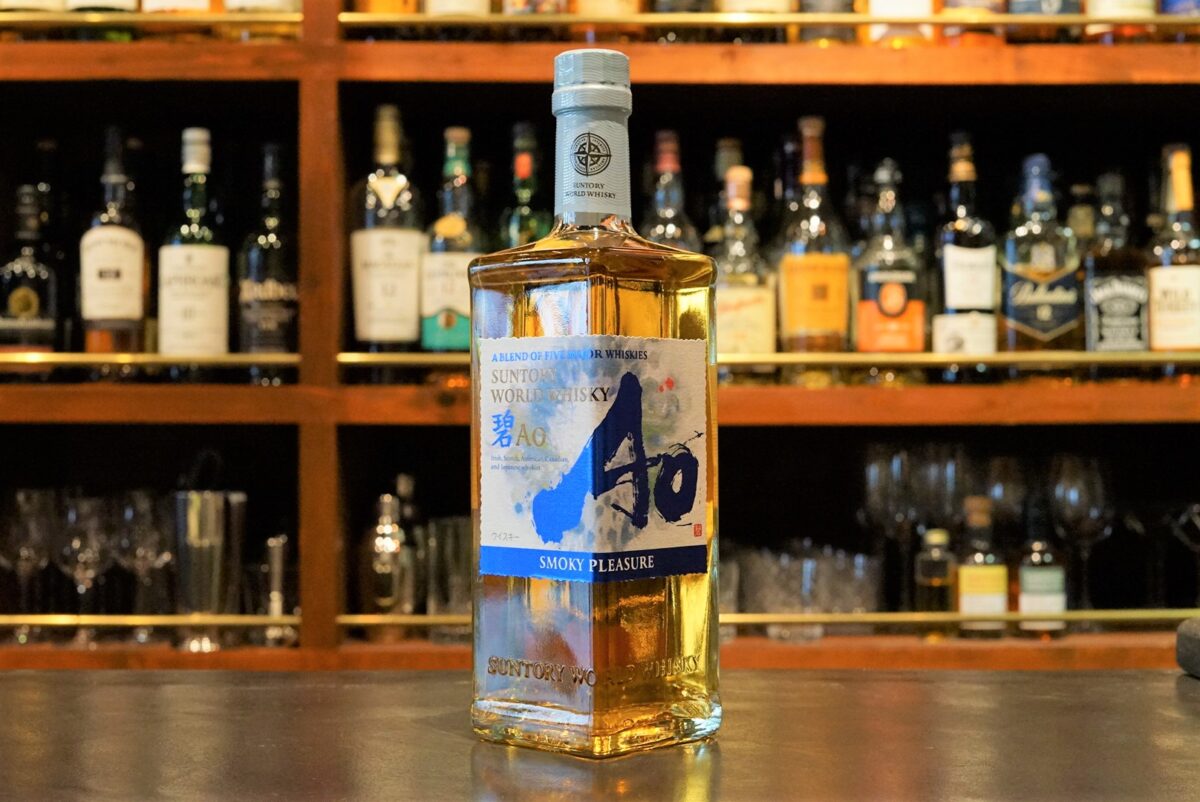 The contents are a blend of Irish and Scotch whiskies with a strong smoky character, Japanese whisky with a rounded smoky character, and American and Canadian whisky, giving the product a smooth taste with a smoky character.
The packaging uses gray as the base color of the label to clearly express the smoky flavor. The design also expresses the overlapping flavors of the various base liquors with a variety of interwoven colors. 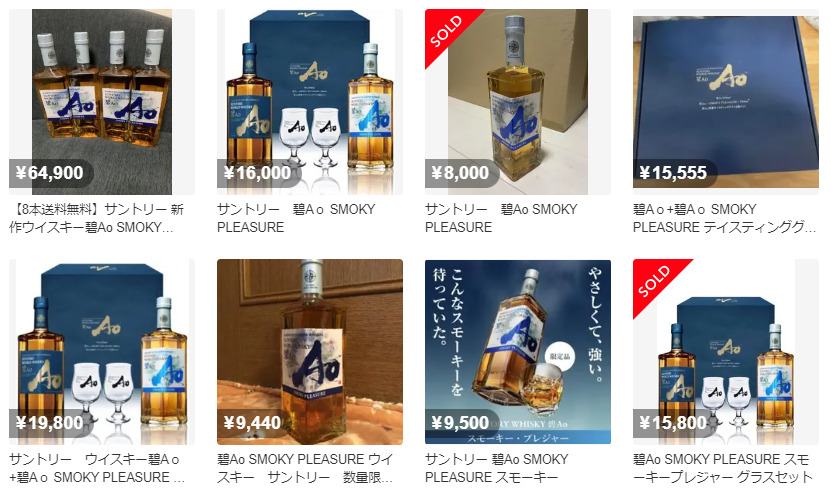 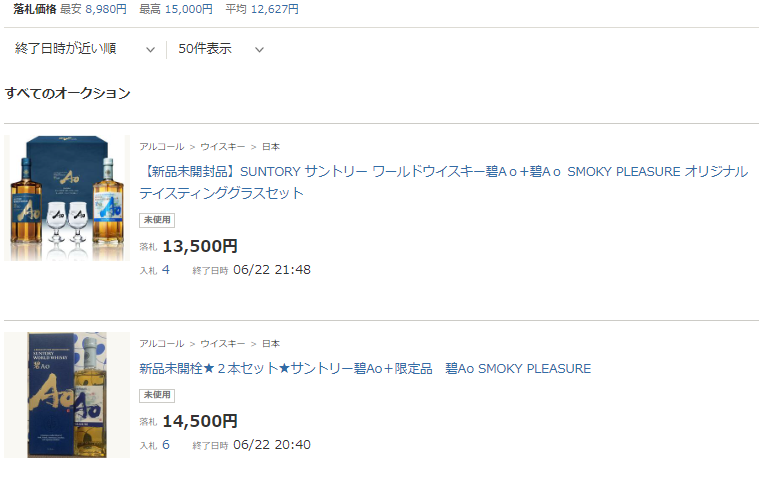 It was not as smoky as I expected and had a well-balanced taste of sweetness and citrus freshness. Whether served straight, on the rocks, or with soda, the quirkiness is moderate and light and easy to drink.

At the point of aroma, the smokiness is definitely noticeable, but in the mouth, the sweetness and citrus freshness are felt just as much as the smokiness. The smokiness quickly and pleasantly slips away in the aftertaste, followed by a soft sweetness reminiscent of honey and vanilla, and the pungent taste of alcohol.

Please take a look at our other articles on “Suntory.

[Review]THE YAMAZAKI SINGLE MALT WHISKY AGED 18 YEARS
This time, I'd like to talk about Yamazaki 18 years old, an 18-year old single malt whisky from Japan's first whisky distillery, the Yamazaki Distillery!
[Review] Single Malt Hakushu 18year - What are the c...
The deep taste and aroma that only long-term malt aging can provide. The complex richness, sweetness, and rich barrel aroma are in perfect harmony. It also has a pleasant aftert...