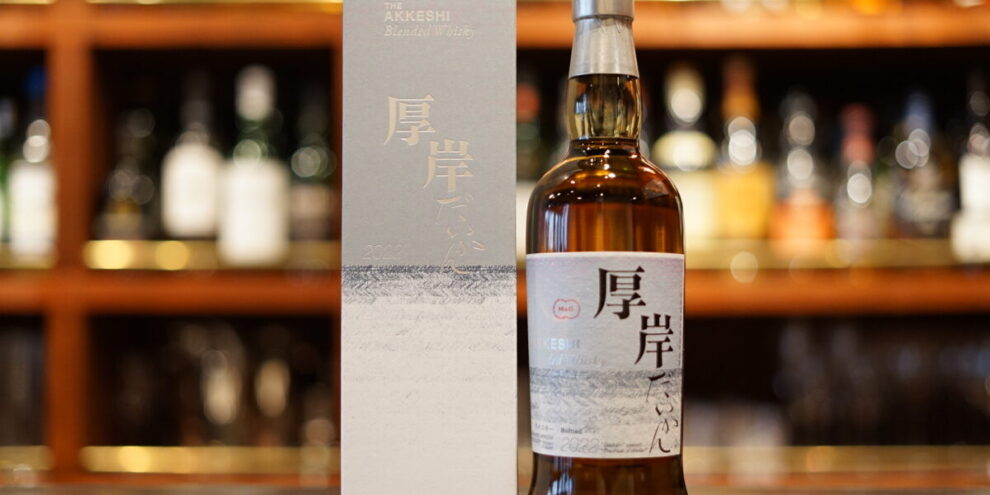 This is the first release in three months since the last single malt Japanese whisky Ritto was released.

This 24-season series will be released in alternating single malt and blended versions, and this time it will be a blended release.
The year is divided into 24 equal parts, and the seasons are named after them.

It is believed that by training during this cold season, one can improve both physically and mentally. This is also the time of year to send out seasonal letters such as “Kanchu-mimai”.
The Daikan of 2022 is January 20. It also refers to the 15 days or so from January 20 to February 3, the first day of the next 24 solar terms, Risshun.

The package and label design of the previous “Risshun” was colorful, but this one has returned to a calm and austere design. The design is based on the motif of “Ke-arashi,” the steam fog of Atsugishi Bay. It’s a design that conveys the cold.
The key malt of this work is “All Hokkaido Mizunara (Quercus mongolica) Barrel Wine” . It is a blend of that key malt and unaged New Pot imported grain aged for more than three years in the Akkeshi region.

October The first release of the 24 Season Series.

Deep fog with tidal air, clean air, and abundant peat. We began distilling in 2016, believing that the climate of Akkeshi, Hokkaido, would create the unknown flavors of Japanese whiskey that we were seeking.
Just like the whisky making process on the island of Islay, we use water that passes through a layer of peat for the brewing water, and the whisky is matured day by day in the cool, humid, and sea breezes of Akkeshi.
The area around Akkeshi is rich in peat, which is essential for the flavoring of whiskey, and the varied topography of the sea, mountains, and marshland means that different flavors can be expected from each location where the peat is collected.

With a strong desire to produce whisky like Islay malt using traditional Scottish methods, we installed equipment made by Forsythe in Scotland. Forsythe’s craftsmen came to Japan to carry out all the work. The shape of the pot still is a straight-headed onion shape, similar to those of some distilleries in Islay. Heating is by a radiator system, the attached condenser is a shell and tube type and the mash tun is a semi-loiter type.
The fermentation tank (washback) is stainless steel, and we dare not adjust the temperature. The craftsman determines the timing of fermentation while letting nature take its course.

In addition to bourbon and sherry, difficult-to-obtain “mizunara” oak is used for maturing barrels. In addition to bourbon and sherry, we also use hard-to-find “mizunara” oak barrels.
In addition, barley, the raw material for whiskey, is grown in Akkeshi, and all the barley, including peat and wooden barrels for aging, is produced in Akkeshi. As a new initiative, in August 2021, we will start a trial production of the original whiskey distilled at the Akkeshi Distillery. Maturing in Furano In August 2021, a new initiative was launched to test distilled spirits from the Akkeshi distillery. What kind of changes will be brought about by the undiluted whiskey matured in Furano? This is exactly the kind of terroir that takes advantage of not only the local Akkeshi but also the great character of Hokkaido. The idea of “terroir” which wine connoisseurs have probably heard a lot about, has been incorporated into whiskey, and the fusion of the “character of Akkeshi” and the “character of Hokkaido” to create whiskey that takes advantage of the terroir of the land is fascinating, and the expectations are endless.

Lake Akkeshi and Bessanbeigi Marsh around Akkeshi Town are registered wetlands under the Ramsar Convention. The Ramsar Convention is a treaty on wetlands adopted in Ramsar, Iran on February 2, 1971, which aims to conserve and wisely use wetlands as habitats for waterfowl and other wildlife under international cooperation.
We aim to be a distillery that protects and coexists with this rich nature.
The intake for the drinking water used for whiskey is the Homakai River upstream of the Ohoro River, which runs near the distillery. The area around the distillery is a marshland and a habitat for the baikamo, which is said to live only in clear streams. The small white flowers that bloom in the summer season are a symbol of the rich water. This water nurtures the whiskey of the Akkeshi region. 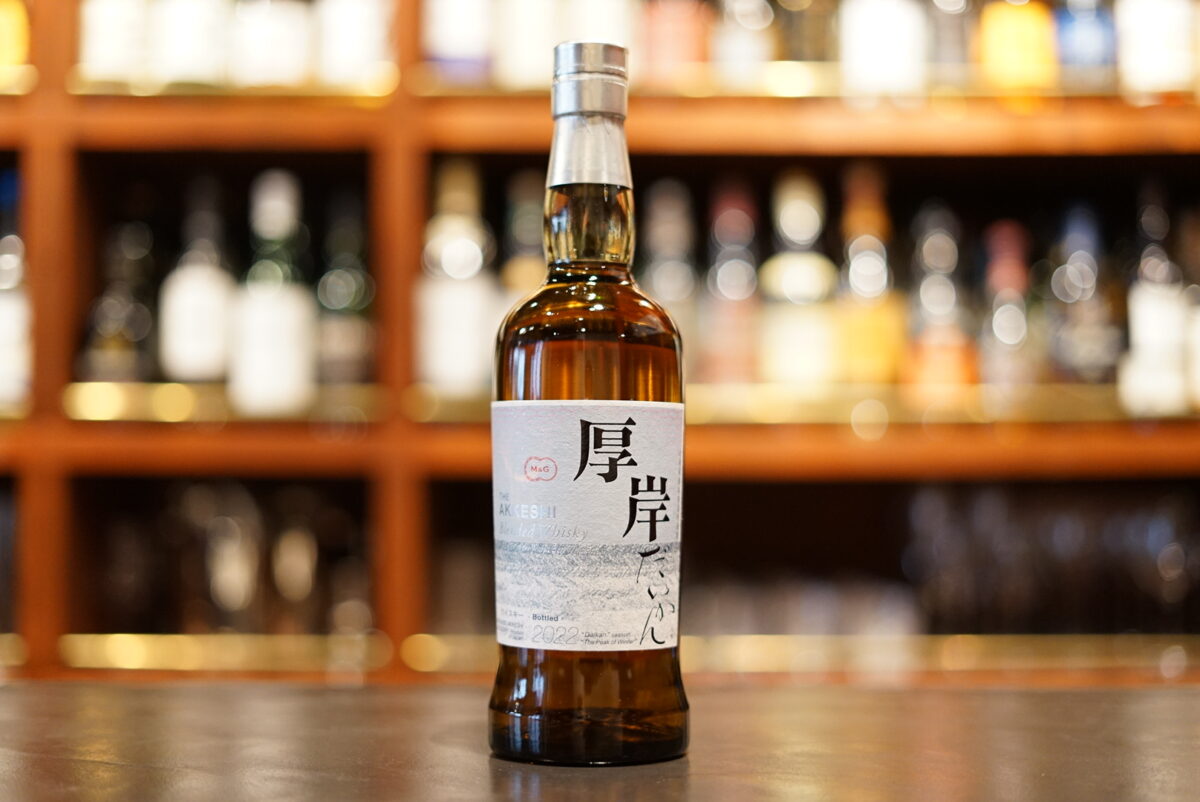 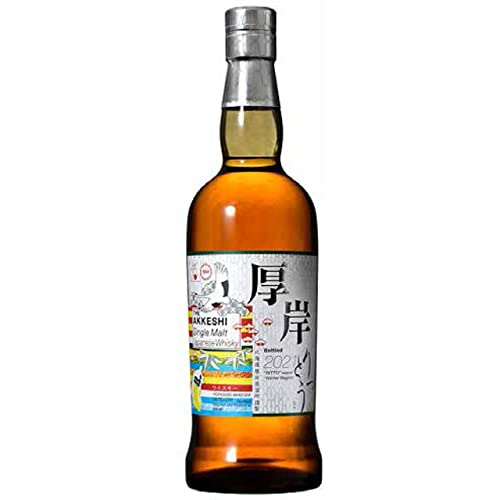 The key malt is “all Hokkaido-grown Quercus mongolica var” .
This time, the distillery was changed from the one used in the previous “Shosho” and “Usui” .
The choice was made to add “weight” to the Akkeshi malt, and the grain was blended to further bring out the characteristics of the Akkeshi malt.
The blend of malts is mainly key malt (Quercus serrata barrels), with a slightly lesser amount of bourbon barrels, and sherry and wine barrels to add sweetness and flavors.
The modest peat and the sweetness of the Akkeshi malt are in perfect harmony. 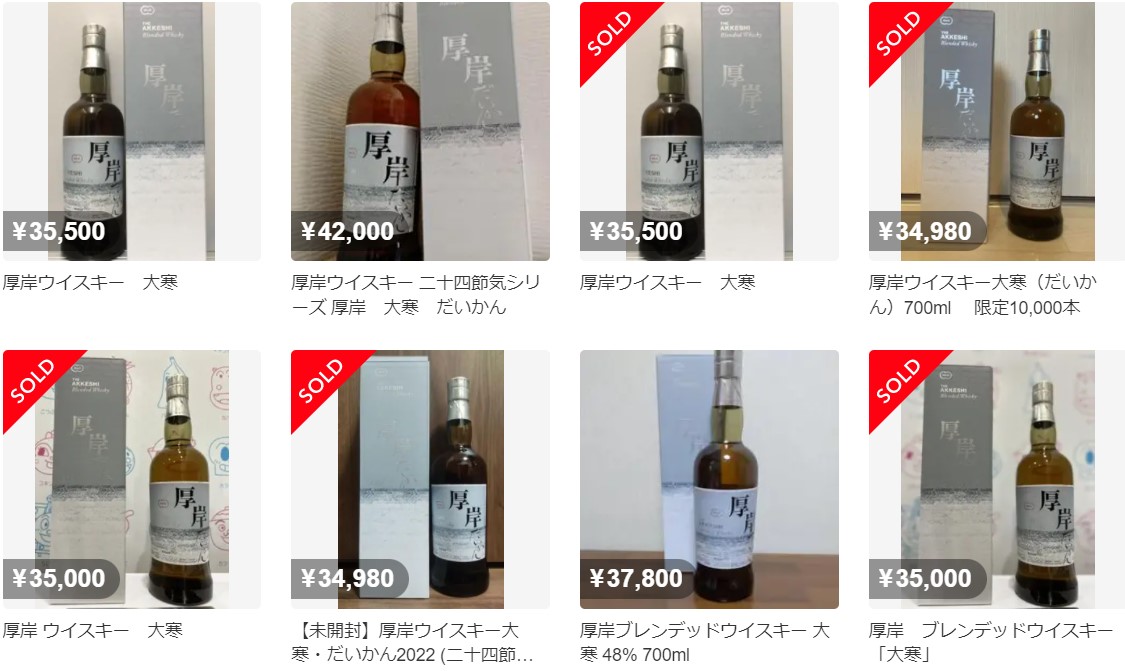 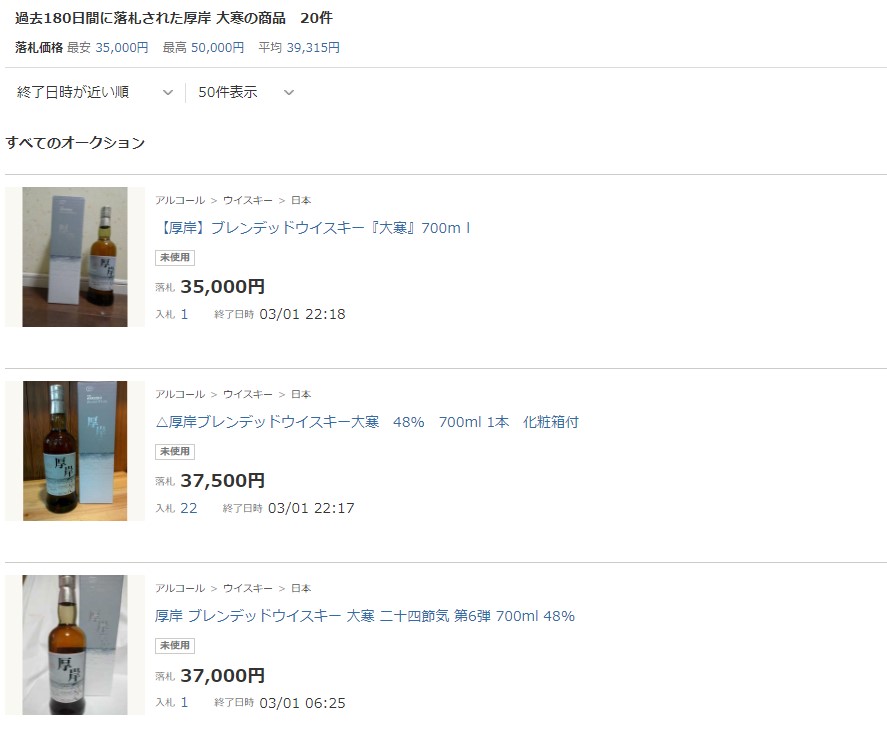 The next release will probably be around the end of May. If so, the naming will be “Kokuu” (穀雨), “Rikka” (立夏) or “Shoman” (小満). Next time, it will be single malt whisky. In terms of the 24 seasons, it will be summer, so I’m looking forward to seeing how it will taste.

If you want to know more about the Akkeshi Distillery, please check out the feature on BS Fuji’s Whiskipedia in December 2020.
The program is not only about the charm of Akkeshi whiskey, but also about the nature of Akkeshi town, the fishery centering on oyster fishing, and the marriage of whiskey and oysters from Akkeshi.

Please also check out other articles about “Akkeshi Distillery and Akkeshi Whisky. 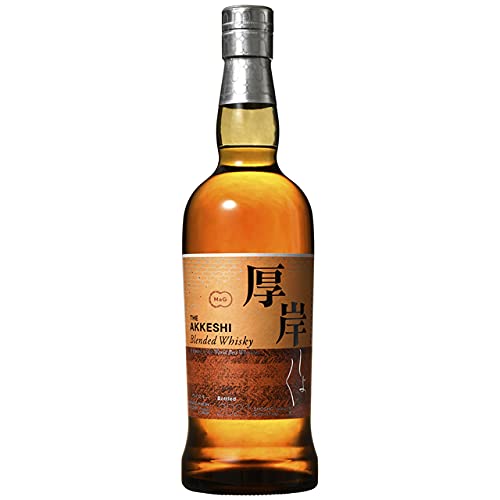 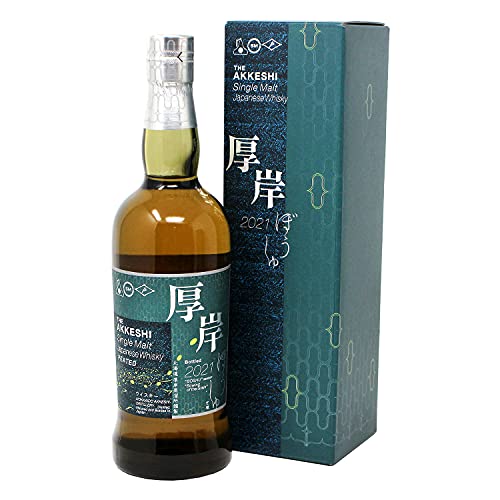