The official website of Hombo Shuzo has released information on the release of “Single Malt Komagatake Voyager Estate Wine Cask Finish Bottled in 2021” (limited to 950 bottles).
The release date is December 2021.

This product seems to be for export overseas (mainly to Australia) and is already sold out in Japan with very small distribution.

This is a special single malt whiskey that is distilled at the MARS Shinshu distillery and matured in bourbon barrels for more than three years, then finished in empty red wine casks from Voyager Estate, a winery that produces high quality wines in the Margaret River region of Western Australia, for more than one year. This is a special single malt whiskey. It has an attractive pale rose color, a harmonious blend of fruity aromas of grapes and pomegranates, a smooth mouthfeel, and a fruity taste that balances flavor and sweetness, resulting in a bottle with a pleasant lingering finish.
This product conforms to the “Standards for the Labeling of Japanese Whiskey” of the Japan Western Liquor Brewers Association.

Since this is an overseas product, there will probably be no lottery sales.

The natural conditions for whisky making are very severe, such as being in a cold region with clean air, and also being blessed with moderate humidity and good quality water.
The search for land that meets these conditions led to the establishment of the Mars Shinshu Distillery in 1985 at an altitude of 798 meters at the foot of Mount Komagatake in the Central Alps of Nagano Prefecture, in search of the optimal environment for whisky production.
In 1992, the distillery stopped distilling due to sluggish demand for whiskey. Later, as Japanese whisky began to be appreciated worldwide, the demand for whisky began to recover, and in 2009, the distillery decided to resume distilling. We started again in February 2011.
In September 2020, the winery was completely renovated for the first time in 35 years. The investment will be approximately 1.2 billion yen.
From May 2019, the whisky distillation building (including barrel storage) will be newly constructed for the purpose of renovating aging facilities, improving barrel storage facilities in anticipation of increased whisky production, and observing whisky production, and the visitor building will be newly constructed for the purpose of selling original whisky and goods, and existing facilities and equipment will be renovated.
The new whisky distillery building has a total floor area of 1,996 square meters (including a barrel storage room that will hold approximately 2,500 barrels), and the visitor building has a floor area of 746 square meters.
Reference: Hombo Shuzo official website 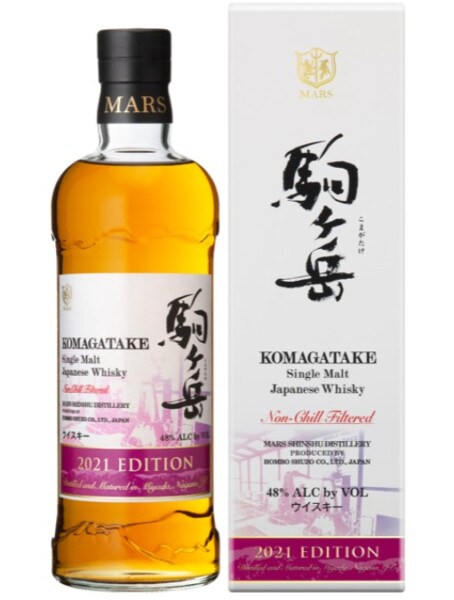 The Single Malt Komagatake 2021 Edition is a limited edition single malt whiskey bottled in 2021, vatted mainly from malt liquor matured in bourbon and sherry barrels.
It has a fruity aroma and a gentle sweet taste like ripe persimmons.

[Review] Single Malt Komagatake 2021 Edition
The Komagatake Limited Edition has been released every year since 2018. This time, the number of limited edition is 50,000 bottles, which is very large and may be relatively eas... 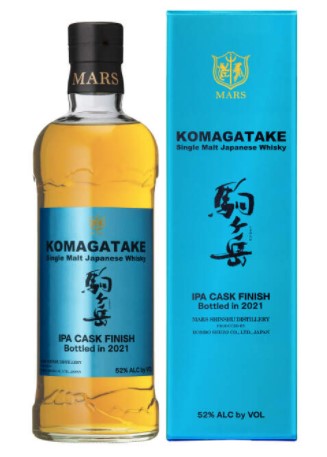 The Single Malt Komagatake IPA Cask Finish is a single malt whiskey finished in an empty cask that has been laid down with India Pale Ale (IPA), a medium-dark beer brewed with plenty of hops at Minami Shinshu Beer Komagatake Brewery. It has a refreshing citrus and herbal aroma derived from hops, a clear sweetness reminiscent of grapefruit and oranges, and a crisp bitter aftertaste, making it a perfect match for a highball.