On November 27, 2021, the third Single Malt Whisky Shizuoka Contact S was released.
The number of bottles to be sold is 5,000 and the suggested retail price is 8,943 yen (including tax), the same as Prologue K and Prologue W. The price is relatively affordable compared to other Japanese whiskeys released by craft distilleries these days, but the popularity of this whiskey makes it difficult to obtain.

Established Gaia Flow Distilling, Inc. on October 8, 2014.
Completed construction of Gaia Flow Shizuoka Distillery on August 9, 2016.
On October 28, the same year, we started whiskey production.
The distillery is located in the Tamagawa district of Okies (Oku-Shizuoka area) in Shizuoka City, Shizuoka Prefecture, and stands by the Abe Nakakochi River, a tributary of the first-class Abe River.
With an elevation of around 200 meters and surrounded by beautiful 400-meter mountains, the temperature is always two to three degrees lower than the city, making it a perfect location.
The building was designed based on the theme of fusing Japanese beauty with Western culture, and is a visually beautiful whiskey distillery that uses a lot of Shizuoka wood for the interior and exterior in collaboration with Derek Baston, an American architect living in Shizuoka.

The Shizuoka distillery has two first distillation units running, called “K” and “W”. In November 2011, it was moved from the Karuizawa Distillery, which was regrettably closed, to the Shizuoka Distillery, where it was repaired and refurbished, and the legendary distiller was revived. With its graceful and flexible silhouette and the indirect heating of steam, the distillery produces a light and gorgeous flavored raw spirit.

In case you’re wondering, a fantastic whisky that was made at Mercian’s Karuizawa distillery and was sitting in storage without being commercialized was bought by a British company, bottled in 2013 and sold for 2 million yen as Karuizawa 1960. It was then sold for about 14 million yen at a Scottish auction in 201 7. It is now clear that Japanese whisky is at the top of the target list for whisky collectors around the world.

The distillery has a tasting corner where you can taste the Shizuoka Distillery’s raw spirits and the first batch of Single Malt Prologue K (for a fee). The Shizuoka Distillery also imports and sells whisky, and you can sample Indian whisky ” Amrut ” and Scottish bottlers “Black Adder” and “Astamoris”. 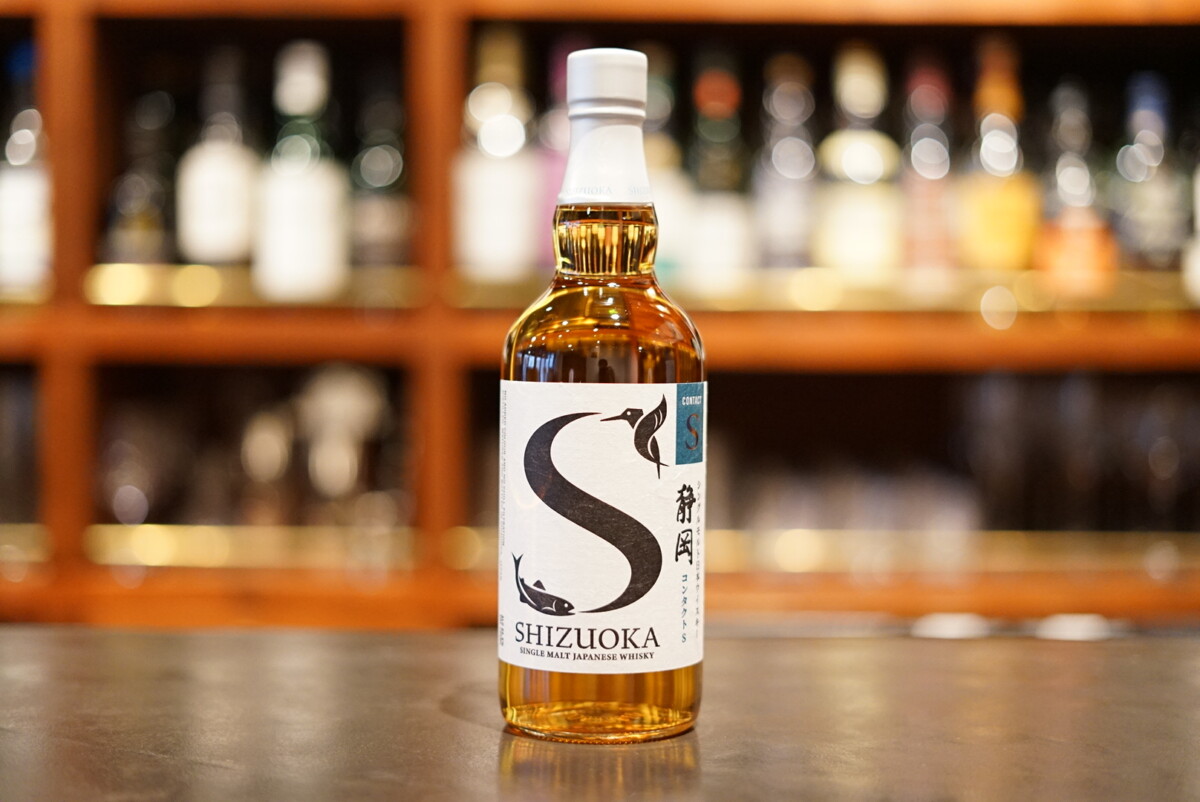 The first blend of two different types of sake, K and W.

The Shizuoka distillery uses two first distillation units, K (moved from the Karuizawa distillery) and W (wood-fired direct distillation), to produce two different types of raw spirits with different characteristics. Contact S is the first single malt to blend both of these types of raw materials.
The steam-heated K has a fruity aroma and light flavor, while the wood-fired W gives a heavier flavor and a longer finish.
The ingredients are mainly barley malt from Japan, peated malt from Scotland, non-peated malt and beer malt. The barrels are mainly first-fill bourbon barrels, with some quarter casks used as well. It is a Japanese whisky made mainly from Japanese ingredients.
This single malt is the fruit of the combined efforts of the wooden fermenters and distillers at the Shizuoka Distillery. 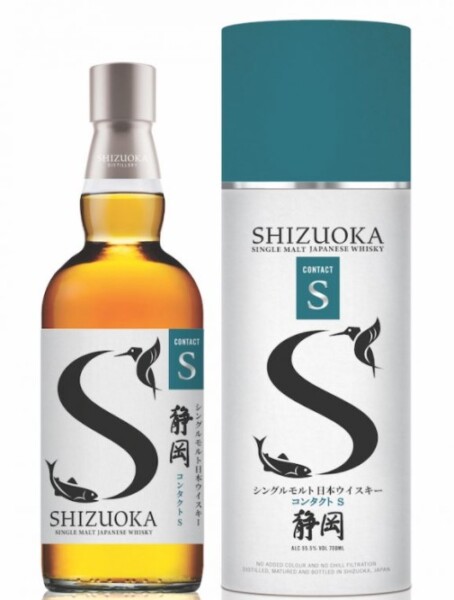 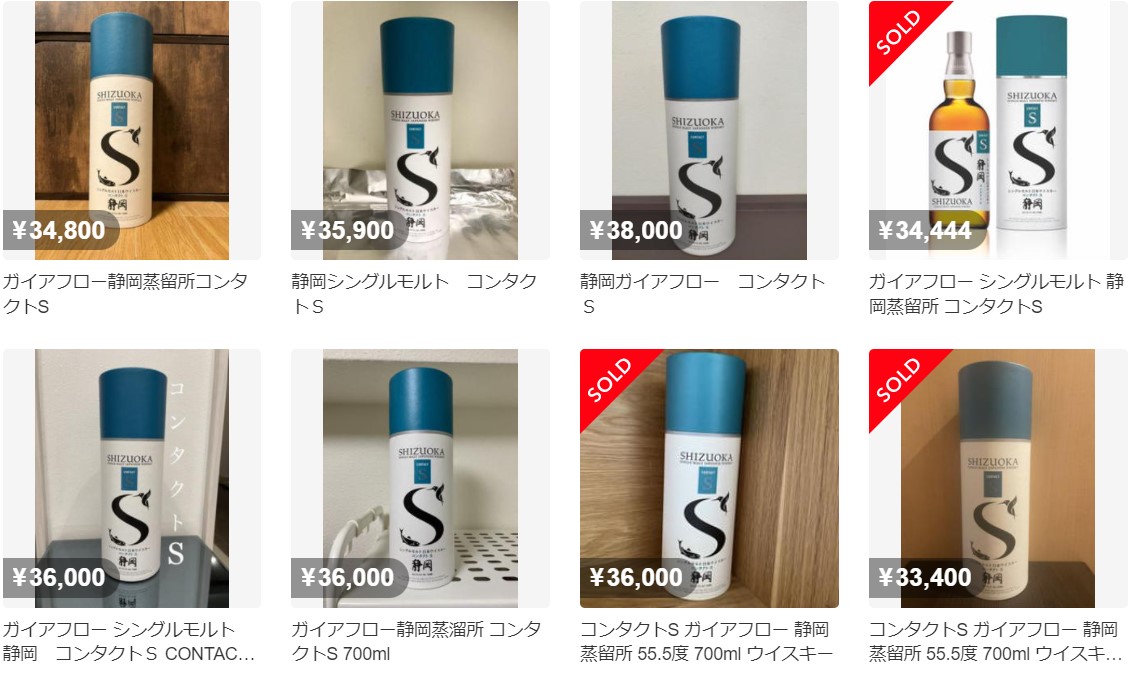 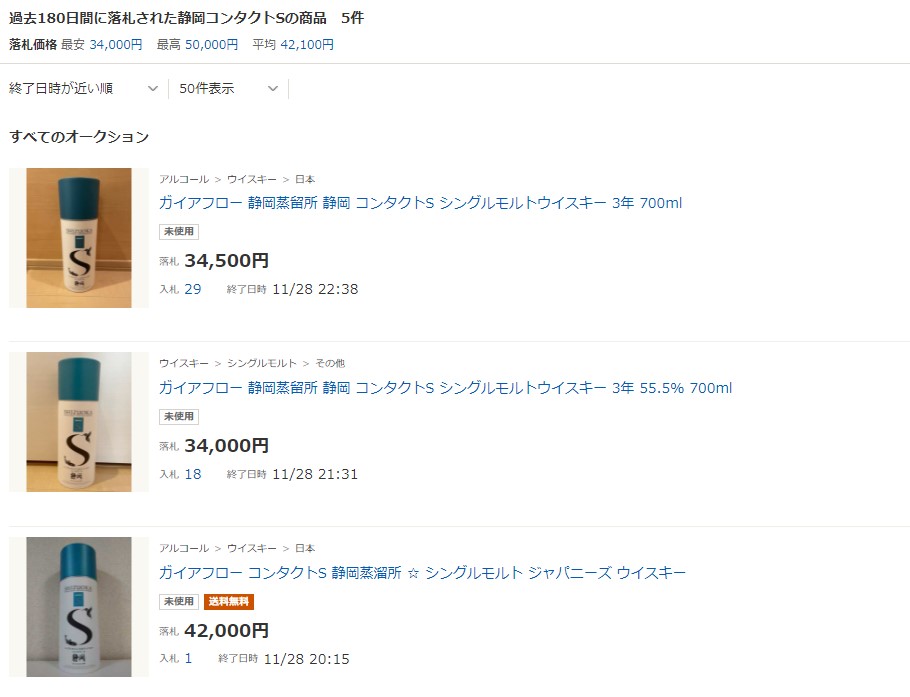 Please check out the other articles about Shizuoka Distillery.