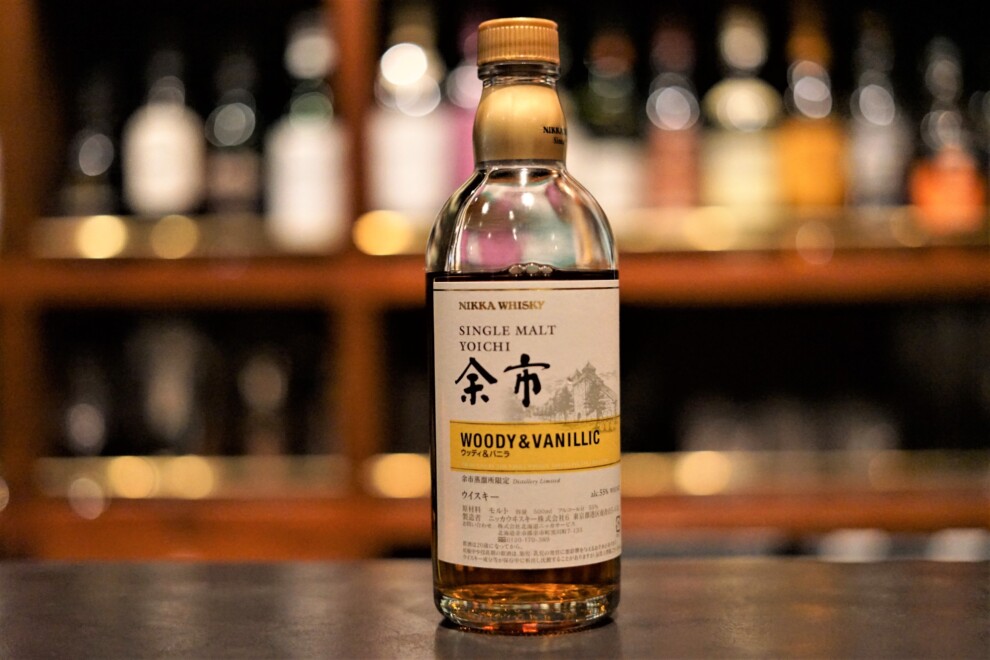 This single malt whisky is only available at the Yoichi distillery. It is a series that accentuates the character of the official Yoichi bottles by the barrels and malt strains used, such as “Woody & Vanilla”, “Petey & Salty”, and “Sherry & Sweet”. The Yoichi series was previously released in a 12 year old version, but due to a shortage of raw spirits from the recent Japanese whisky boom, it was discontinued and released again in a non-aged version.
Originally, Yoichi series had a rich lineup of 10 years, 12 years, 15 years, and 20 years, but those so-called vintage products were all discontinued in August 2015, and now only non-vintage products are sold.

Yoichi Distillery in Hokkaido is known as Scotland in Japan. Dai Nippon Fruit Juice Co., Ltd. was established in 1934 by Masataka Taketsuru, called Massan.
Masataka Taketsuru believed thata cool and humid climate similar to Scotland, rich water sources and dignified and clear air were indispensable for the creation of ideal whisky, so he chose Yoichi, which is located west of Otaru and at the base of the Shakotan Peninsula, from various candidate sites. His goal at his first distillery was to make a heavy and powerful malt whisky. He focused on reproducing the whisky-making methods that he learned at  Scottish distillery without any compromise. The symbol of this commitment is “coal open flame distillation”. This distillation method was adopted according to the method of the Long morn distillery that he learned. “If it is necessary to make real whisky, even if it is inefficient, I will protect it.” The passion that can be said to be the origin of Nikka Whisky and the dream of Masataka Taketsuru are still inherited.

Soft vanilla on the nose, woody on the palate

This bottle is a good blend of woody and vanilla notes from the barrel.
Although the alcohol in the non-aged bottle is a little tense, the aroma is fresh and melon-like, with hints of vanilla, cocoa, malt, and white oak. At the beginning of the drink, as the brand name suggests, the vanilla aroma comes first, followed by a hint of bourbon’s ethereal aroma and bitterness.
If you drink it straight or with a little water (a few drops of water), you can feel the sweetness more easily, and the vanilla sweetness will follow later. There is also a hint of oak and some peat. 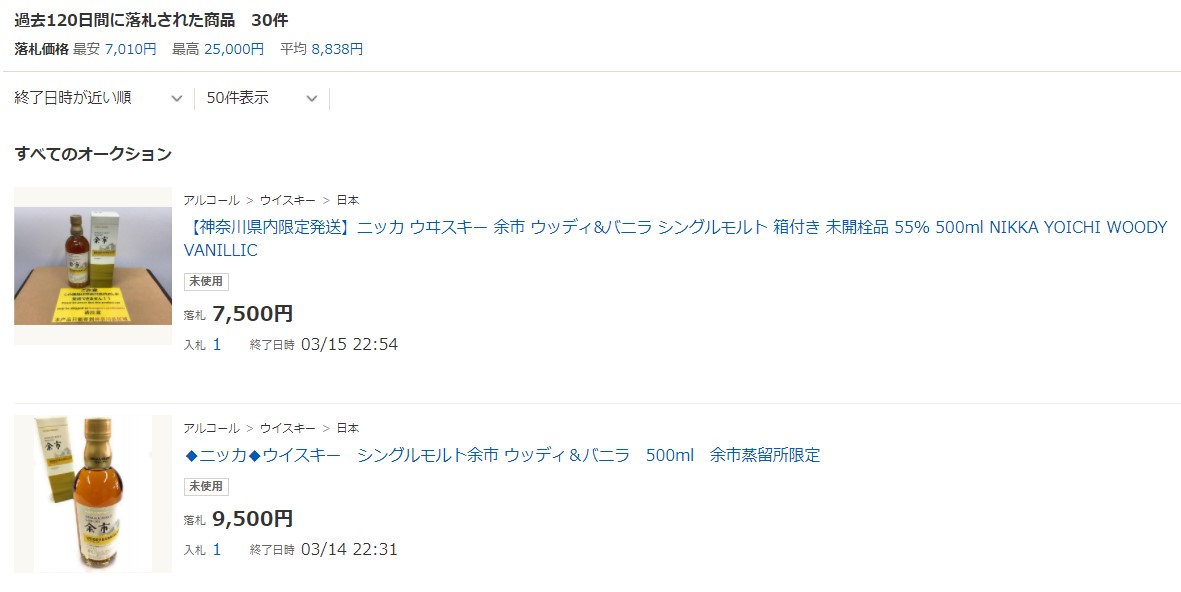 Basically, these products can only be purchased at distilleries, so the selling price on the Internet is set quite high.

This whisky is soft on the palate, with more vanilla up front than woody, reminiscent of bourbon barrel vanilla. Tannin-like flavors are also present. The tanginess of the alcohol on the tongue comes from the woodiness. However, the vanilla flavor is still there at the base of the entire wine, and as you continue to drink it, you will end up with the impression that you are eating candy or vanilla ice cream.
It is a whisky that is easier to feel the vanilla flavor when drunk straight.
It’s a whisky that is limited to the Yoichi distillery, so you can’t buy it at ordinary liquor stores or mass merchandisers, but it’s a whisky that you can almost always find at the Yoichi distillery, so it’s a whisky that you should definitely check out when you visit the distillery.

■It is a whisky that you can almost always find at the Yoichi distillery.