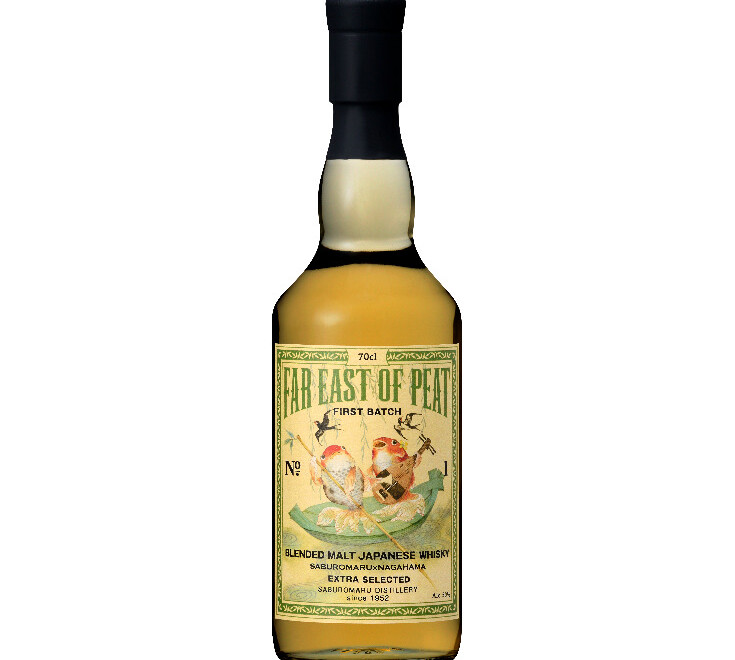 A new product will be released on Tuesday, March 30, 2021 from Wakatsuru Shuzo in Toyama Prefecture.
This product is the first collaboration between two Japanese craft distilleries, Saburomaru Distillery and Nagahama Distillery.

Since 2016, the number of craft whisky distilleries in Japan has rapidly increased, and each distillery is making whisky with its own particularities and characteristics. The new products created from the exchange of raw spirits between distilleries may bring new discoveries, realizations, and even unexpected miracles. Without a doubt, I think this is something that is necessary for the development of the whisky industry in Japan.

One of the reasons behind the commercialization of the product was the establishment of the “Standards for the Labeling of Japanese Whisky in Whisky” by the Japan Spirits & Liqueurs Makers Association. Although many small-scale distilleries have sprung up in recent years, the number of distilleries in the Japanese whisky industry is still small compared to its roots in Scotland. Furthermore, there is no tradition of raw material exchange, which limits the variety of raw materials that can be used, and many other issues exist. In order to comply with the standards and to maintain the diversity of Japanese whisky and to develop the industry as a whole, Saburomaru Distillery is proposing that distilleries exchange raw spirits with each other. (“Saburoumaru Distillery’s Policy and Proposal for Japanese Whisky Standards”) This product is the first whisky produced by the exchange of raw spirits between craft whisky distilleries in Japan, and is positioned as the first step in bringing diversity to Japanese whisky. (Quoted from: Saburomaru Distillery & Nagahama Distillery – Launch of “Far East of Peat”, the first collaboration between Japanese craft distilleries – What’s New – Wakatsuru Brewery Co.)

This blend started with a visit to each other’s distilleries to select the raw materials.
On the left in the photo is Mr. Takahiko Inagaki, manager and blender at Saburomaru Distillery, and on the right is Yusuke Yaku, blender at Nagahama Distillery.

3. Details of the products to be released 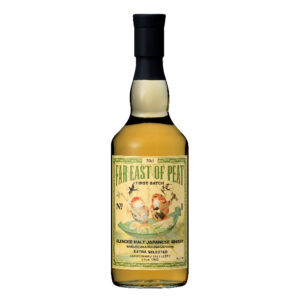 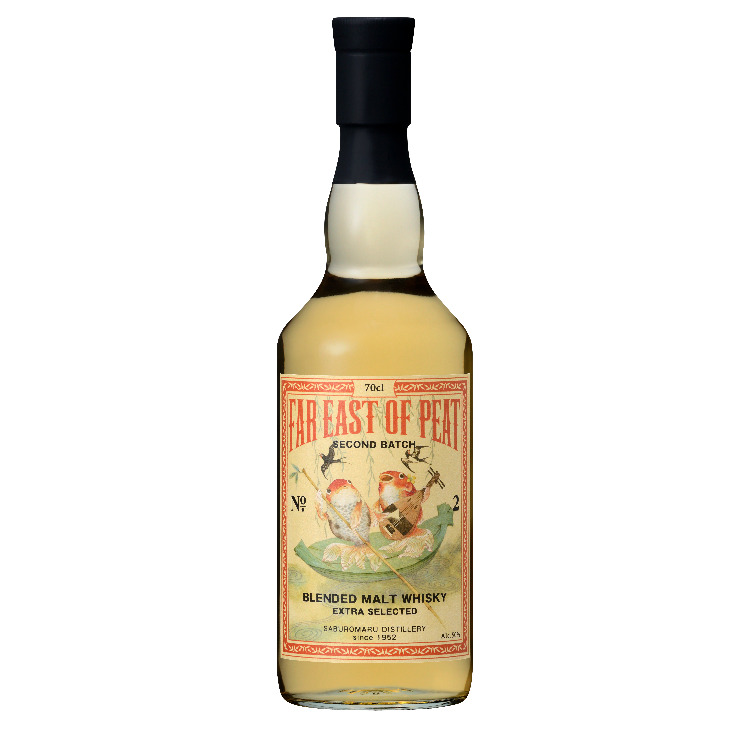 Product Concept : A blend of only malt raw materials with Saburomaru malt and Nagahama malt as key malts.

A limited number of “FIRST BATCH” will be sold by lottery at the Wakatsuru Sake Brewery online store “Me and ALC. Information on how to apply will be posted on the “Me and ALC.” members’ mail magazine, the Wakatsuru Brewery website, and SNS.

5. Other products of Saburomaru Distillery

At the Saburomaru Distillery, we sell “Sunshine Whisky,” which is made from “heavy peated malt” that we have been distilling ourselves for a long time. It is characterized by its smoky and mild taste.

The only whisky distillery in Hokuriku produces craft highballs. It has a smoky aroma and a dry mouthfeel, and is the result of a careful selection process to create an authentic highball that has never existed before

For new products to be released from Nagahama Distillery, please see this article.