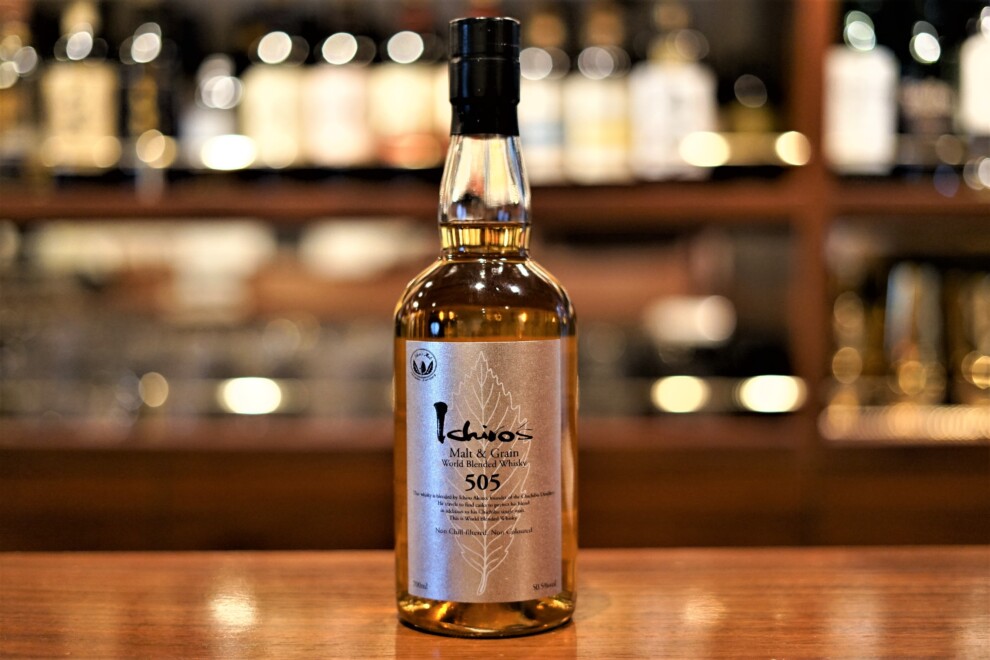 Ichiro’s Malt & Grain 505 (World Blended) was initially released as a “restaurant-only bottle” with the aim of supporting restaurants such as bars and pubs that are struggling due to the new coronavirus. This is very exciting for the industry. Initially, 505 was not going to be sold to the general public. However, since the beginning of this year, it seems that some liquor stores are selling it to the general public because they cannot handle the inventory.

World Blended is a blend of the “five great whiskeys of the world” from Scotland, Ireland, the United States, Canada, and Japan. The current products are the White Label, priced at 3,500 yen (3,850 yen including tax), and the Limited Edition (Blue Label), priced at 9,000 yen (9,900 yen including tax). The 505 (Silver Label) is a new addition to the lineup, and will be It was sold out in March 2021.

we began making whiskey at the Chichibu distillery.
October      2019    The second distillery will begin operations. 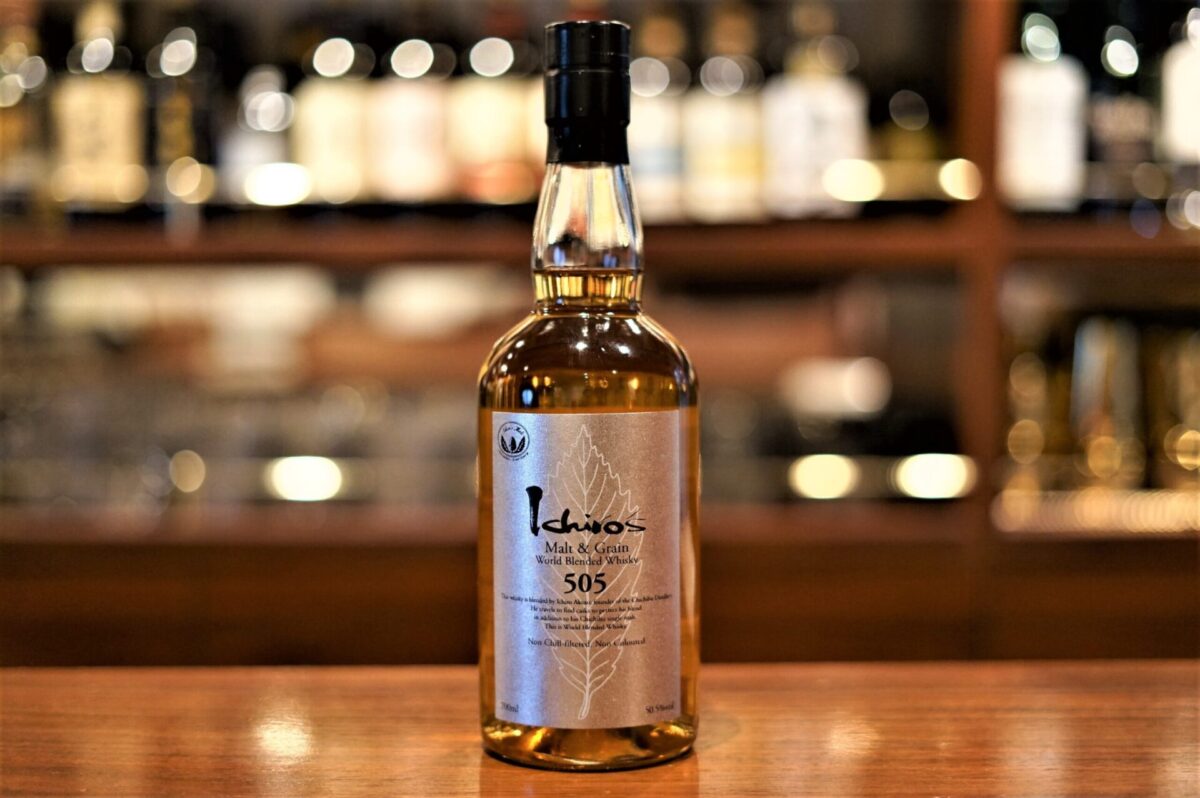 A world blended whisky with a strong malt flavor.
The 505 has an oriental aroma of incense (faintly sandalwood-like) and ginger spiciness typical of Ichiro’s Malt. The feeling is very well balanced and delicious.
This whisky has a higher percentage of malt than the current White Label, so you can taste the maltiness. It’s a great whiskey to drink with a hint of sherry.

This product is non-chill filtered*1 and bottled in natural color to allow you to enjoy the character of the original.

*1 Non-chill filter: Whisky undiluted sake aged in barrels has a blended flavor component that precipitates*2 when the temperature decreases and becomes cloudy. In order to prevent this from happening, whisky is usually filtered after being cooled down to about 0 to 5 degrees Celsius. The ingredients that precipitate when cooled are either malt-derived or barrel-derived, both of which are considered to be flavor components of whiskey. The fact that the whiskey is not cooled and filtered means that it is bottled with the flavor components of the malt and barrels intact, resulting in a whiskey with a more complex and richer taste. 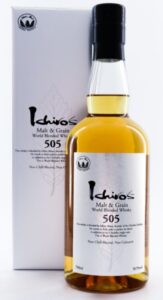 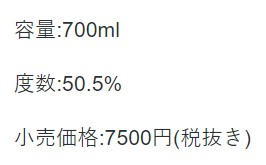 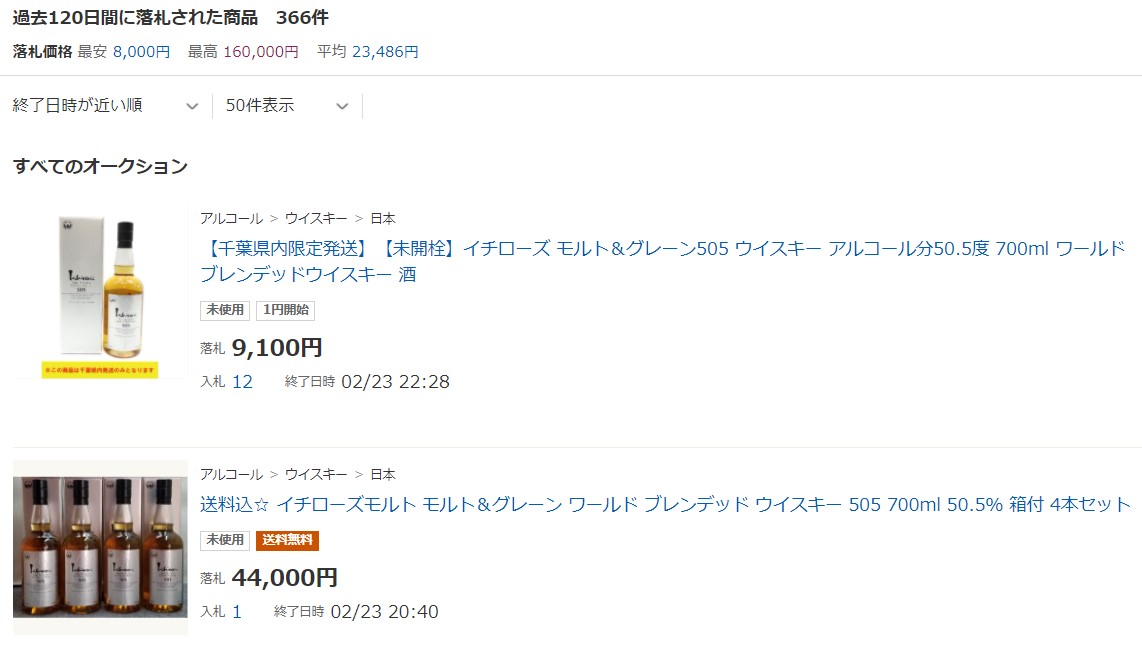 Ichiro’s Malt & Grain 505 has a sweet aroma from the moment you open the bottle. The mouthfeel is mellow and features a sweet barrel aroma.
With a little watering, it becomes smoother and the sweet fruity aroma becomes more pronounced. The taste is not vanilla sweetness, but rather a refreshing fruit acidity and sweetness, with a hint of sherry at the end, making it a whiskey with complexity.
If you drink it with soda, both the aroma and the taste become even sweeter and easier to drink, so if you don’t like alcohol, try a highball.

As can be said for the entire Leaf series of Ichiro’s Malt, it is a whisky that is “extremely difficult to obtain” , and is sold on the Internet at a pre-price of two to three times the list price. This 505 is no exception, and is a whisky that you don’t often see at a fixed price, but when it was first released it was circulating on the Internet at around 30,000 yen. I think the price has calmed down a bit, but it is still circulating at 12,000 yen to 14,000 yen, almost double the regular price. This is the fate of strawberry malt, and I can’t say I’m surprised.

[Review] Ichirose Malt Chichibu x Komagatake 2021 - ...
This project, launched by two highly motivated distilleries in pursuit of new possibilities for Japanese whisky, began six years ago in April 2015 with the exchange of each othe...
[Review] Ichiro's Malt&Grain Japanese Blend...
The refreshing acidity that blends in with the weighty sweetness like brown sugar and the barrel incense filled with the memory of the aging cellar will be aftertaste and contin...