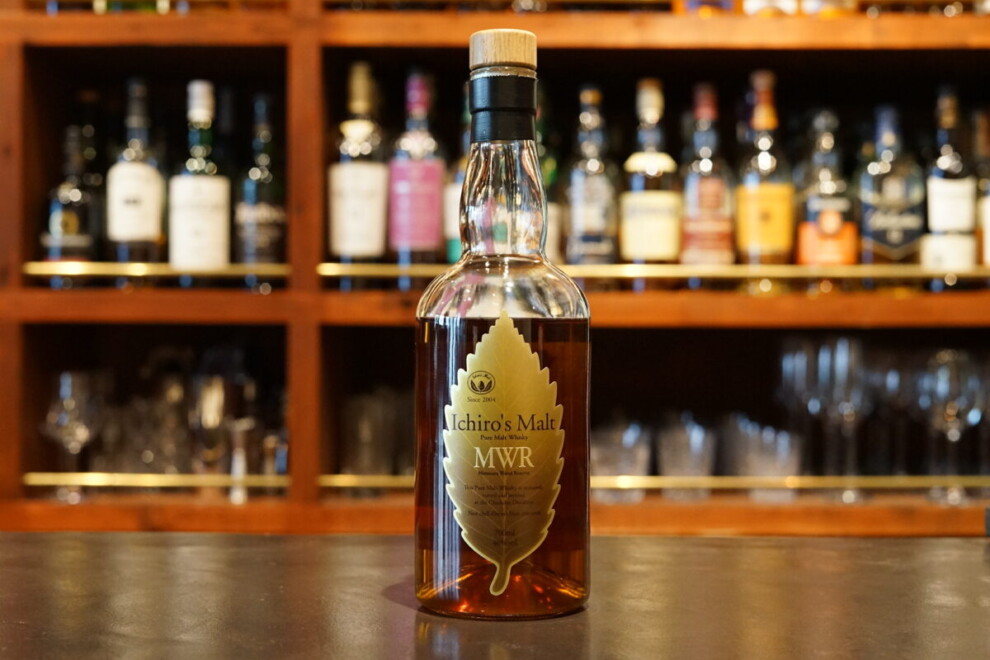 “MWR” is an acronym for Mizunara Wood Reserve.
Mizunara(Quercus crispula), also known as Japanese oak, is a deciduous broadleaf tree in the Quercus family. It grows naturally in mountainous areas from Hokkaido in the north to Kagoshima Prefecture in the south.
Many of the Quercus serrata trees from Hokkaido are of particularly high quality, and are used for maturing domestic whiskey. Ichiro’s malt is made from Quercus mongolica grown in Hokkaido, which gives it an oriental aroma reminiscent of incense and a delicate, complex flavor.

It’s hard to get a hold of Ichirose Malt because it’s so popular that it’s sold out the moment it hits the shelves, but the Leaf Series (Quercus Wood Reserve, Winewood Reserve, and Double Distilleries), which are the standard products, are extremely popular and captivate whisky fans. Among them, this Mizunara Wood Reserve is the signature product of the Leaf Series. This is a whisky that can be called “the best of the best” . 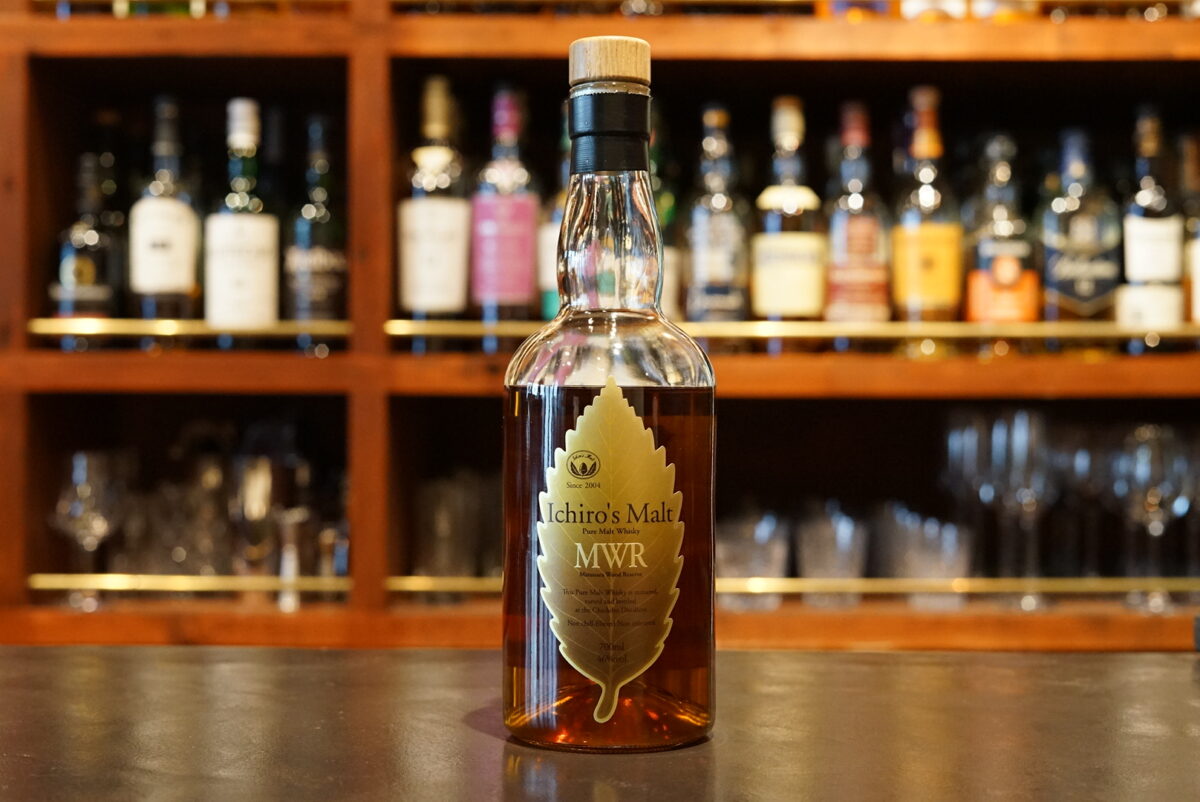 Key malt is malt raw material from Hanyu distillery.
Ichiro’s Malt Mizunara Wood Reserve (MWR) is made by using malt from the Hanyu distillery as the key malt and batting several types of malt whisky together.
It is then re-aged in Mizunara Reserve Vat.
The name of the distillery where the malt whisky was bathed is not known, but the strongest type of peat was selected and blended at the Chichibu distillery.

In the mouth, the astringent and slightly spicy taste of dried grapes spreads at first, gradually changing to a sweet and smoky taste like chocolate. The body is thick and well-balanced.
In the finish, the sandalwood-like aroma peculiar to Mizunara comes in well-balanced, complex and delicate, spicy and sweet, with woody and peaty elements intertwined in a complex way, creating a unique flavor. 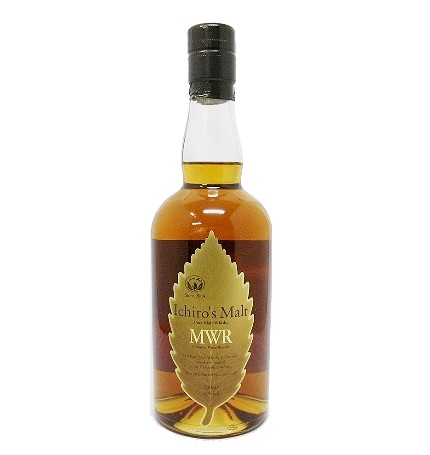 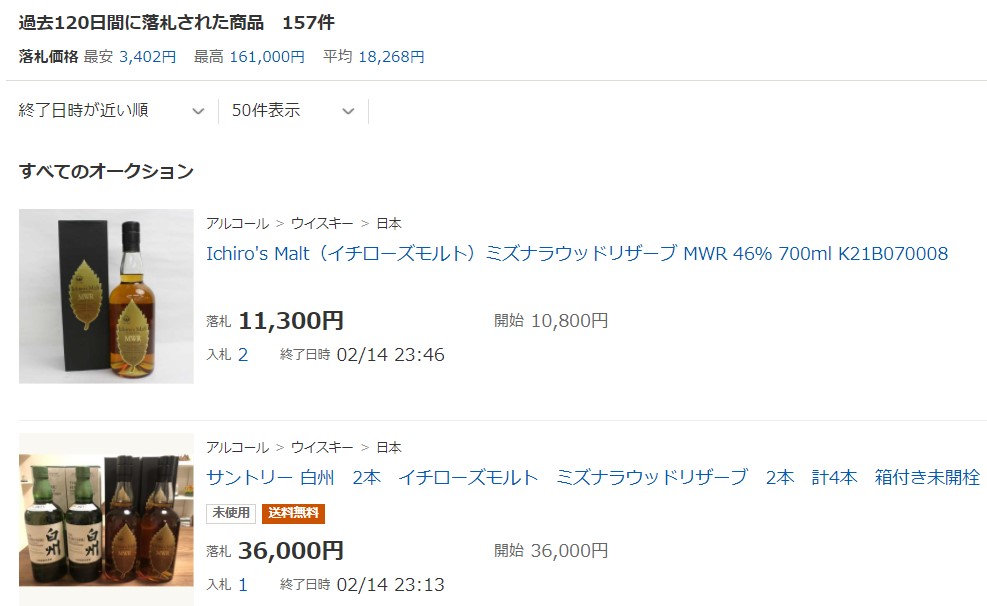 This whiskey has a sweet and smoky taste with the unique aroma of “Mizunara” , a barrel material that is attracting attention from both inside and outside Japan, along with a sense of maturity.
If you add water, you can feel the complexity in the sweetness and it becomes very easy to drink. On the rocks, the rich flavor of straight whiskey becomes less pronounced, but you can still taste a little sweetness and elegance. In a highball, the sweetness is more pronounced.

As can be said for the entire Leaf series of Ichiro’s Malt, it is a “super hard to find” whisky, and is sold online at a pre-sale price two to three times the list price. If you are a fan of Japanese whisky, it is a whisky that you should buy immediately if you find it at a liquor store at a fixed price. If you haven’t tried it yet, some bars offer it at a relatively reasonable price, so you should definitely try it at least once.

If you’ve never tried it before, there are some bars that offer it for a relatively reasonable price.

[Review] Ichirose Malt Double Distilleries (DD)
DD is an acronym for Double Distilleries, meaning "two distilleries" and is made from a blend of raw materials from the Hanyu distillery, which was closed in 2000, and...
[Review] Ichiro's Malt Wine Wood Reserve (WWR)
Suntory and Nikka are two of the most well-known whiskey makers in Japan. However, the whisky that is as popular among whisky fans as these two major brands is "Ichiro'...