Suntory Kakubin, as it is known, is one of the blended whiskey brands produced by Suntory Spirits and sold by Suntory Liquors.
In fact, it was not originally called “Kaku-bottle” , but was first sold on October 8, 1937 by Kotobuki-ya, the predecessor of Suntory, under the name “Suntory Whiskey 12 years” , and was nicknamed “Kaku” or “Kakubin” because of its square shape.
Later, in 1963, the year after Shinjiro Torii, the first president of Kotobukiya, passed away, his successor, Keizo Saji, changed the company name from Kotobukiya to Suntory.
It is a famous anecdote that the origin of the name Suntory is the combination of “Akatama (Sun) = Sun” from “Akatama Port Wine” and “Torii (Torii) = Torie” , the founder of the company, which led to the name Suntory.
Some time after the Suntory horn became popularly known as “horn” among people, Suntory finally started to register the trademark officially.
However, on May 17, 1994, Suntory’s trademark application was rejected on the grounds that the name “Kaku Bottle” only indicated the shape of the bottle.
In response to this, Suntory filed a lawsuit with the Tokyo High Court demanding the reversal of the trial decision, making full use of all kinds of data and advertisements to compile and submit data on how well the product was recognized by the public.
This was eight years after the trademark application was filed.

Kakubin is made by blending raw spirits from two distilleries : Yamazaki Distillery and Hakushu Distillery.

See also this article for more information on the Hakushu distillery. 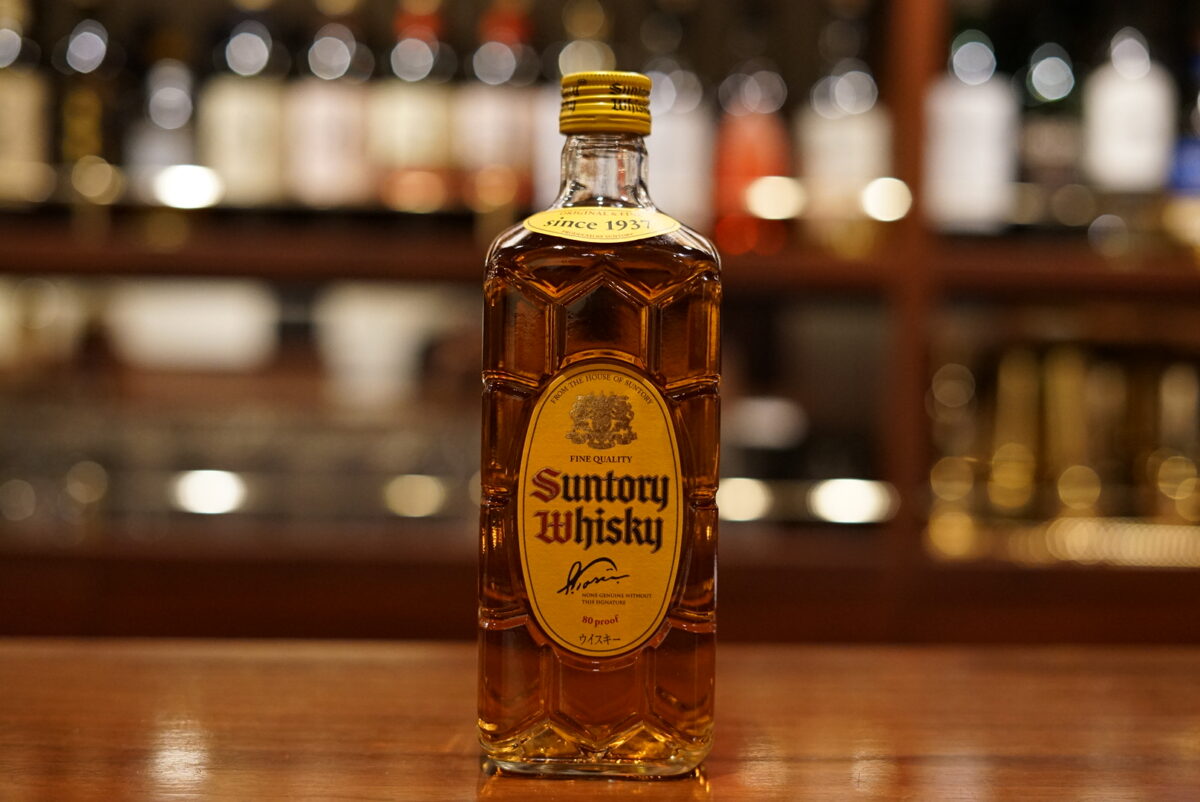 A well-balanced blend of bourbon barrels from Yamazaki and Hakushu distilleries, this whiskey has a sweet aroma, thick and rich flavor, and a dry taste.

The taste is even more pronounced when served as a highball.

They are not resold, but for reference.
They are often sold as a set.

On Yahoo! Japan, it seems that most of the products are sold in PET bottles or sets. They also sell large-volume PET bottles, which might be a good idea for stockpiling.

One cup, 45 ml: 990 yen, is available at BAR Shinkai, which is operated by this website.

Whiskey Kakubin, which can be called the national whiskey.
I’m sure you’ll be able to find a lot of people who are interested in this type of product.
You can drink it as it is, but as you know, it is overwhelmingly delicious as a highball, and even if you are not used to whiskey, you can drink it with Coke, Coke High, or Ginger Ale.
In addition, the catchphrase “Do you like whiskey?” goes well with fried foods and foods with a strong taste, as you can often see in commercials that are too famous.
The father of Japanese whiskey, Kakubin, is 84 years old this year, and even today, the tortoise shell pattern on the bottle, inspired by Satsuma faceting, adds flowers to tables and banquets.

For more information about Suntory, please check out our other articles.