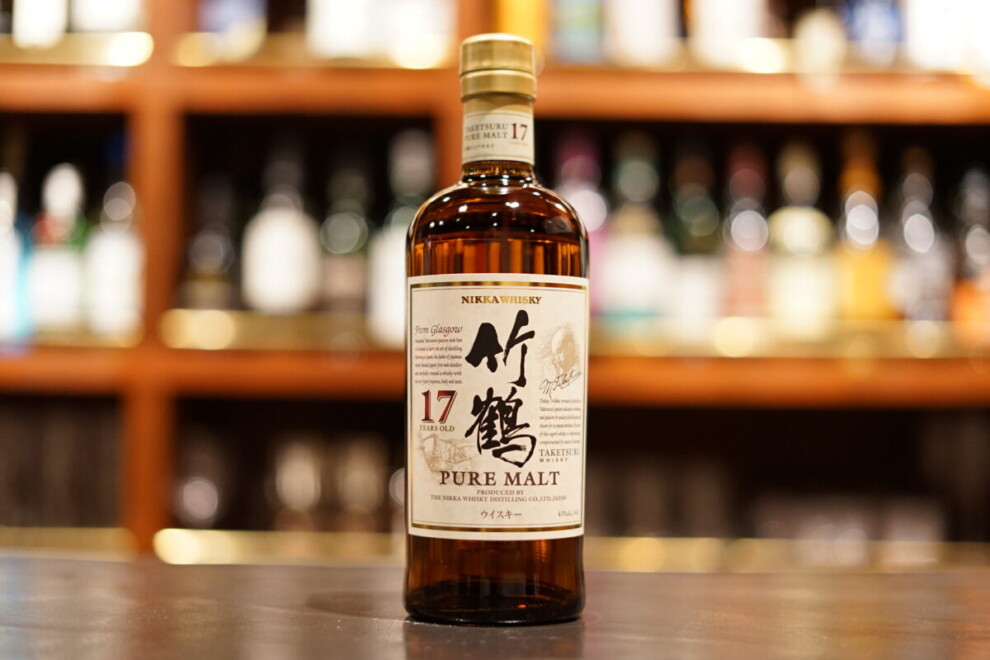 Although it is difficult to obtain at present, it is one of the representative whiskeys of Japan, which has won many awards and is regarded as the best blended whiskey worthy of bearing the name of the Taketsuru family, the “father of Japanese whiskey” .
It is one of Japan’s most popular whiskeys.

The Yoichi Distillery in Hokkaido is known as the Scotland of Japan. It was established in 1934 by Masataka Taketsuru, aka Massan, whose predecessor was Dainippon Fruit Juice Co.
Masataka Taketsuru believed that a place similar to Scotland Cool and humid climate, rich water source and clear air Masataka Taketsuru chose Yoichi, located at the base of the Shakotan Peninsula, west of Otaru, from among various candidate sites. Masataka Taketsuru’s goal for his first distillery was to create a heavy and powerful malt whiskey.

We are dedicated to reproducing the whiskey making methods we learned at the distilleries of Scotland without any compromise. The symbol of this commitment is “direct coal distillation” . This distillation method is based on the method of the Longmorn distillery, where he learned it himself. If it is necessary to make genuine whiskey, we will protect it even if it is inefficient. This passion, which can be said to be the origin of Nikka Whisky, and Masataka Taketsuru’s dream have been handed down to this day.

The second distillery of Nikka Whisky, “Miyagikyo Distillery” .
Along with the Yoichi Distillery, this is Nikka Whisky’s original brewery.
About 30 years after the Yoichi distillery was started, Masataka Taketsuru, the founder, aimed to create a malt whisky with a different character from Yoichi, and searched for a place to build the next distillery.
About 25 km west of the city of Sendai, near the border with Yamagata Prefecture, is a verdant canyon blessed with two clear streams, the Hirose River and the Shin River. When Taketsuru visited the area for the first time, he cracked open a bottle of Black Nikka he had in the clear waters of the Shin River and drank it to confirm the taste. It is said that he decided to build the distillery on the spot.

It has been described as “Highland Yoichi and Lowland Miyagikyo” by comparing it to the climate of the real Scotland, and Yoichi has been evaluated as “masculine” and Miyagikyo as “feminine” . 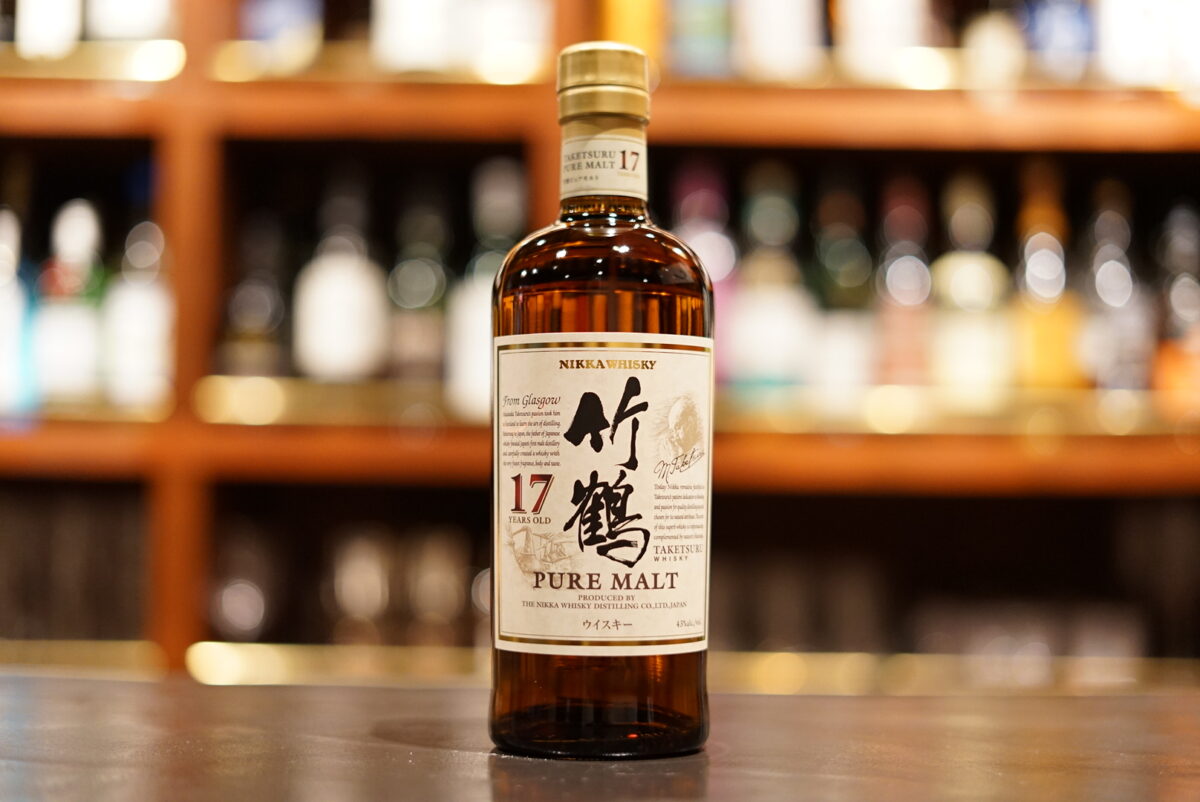 Using key malts from two distilleries, Yoichi and Miyagikyo, the blending techniques of Chief Blender Tadashi Sakuma are demonstrated to the fullest. (Of these, Taketsuru 17 Years Old has won 9 times.)
It can be said to be the best whiskey in both name and reality. 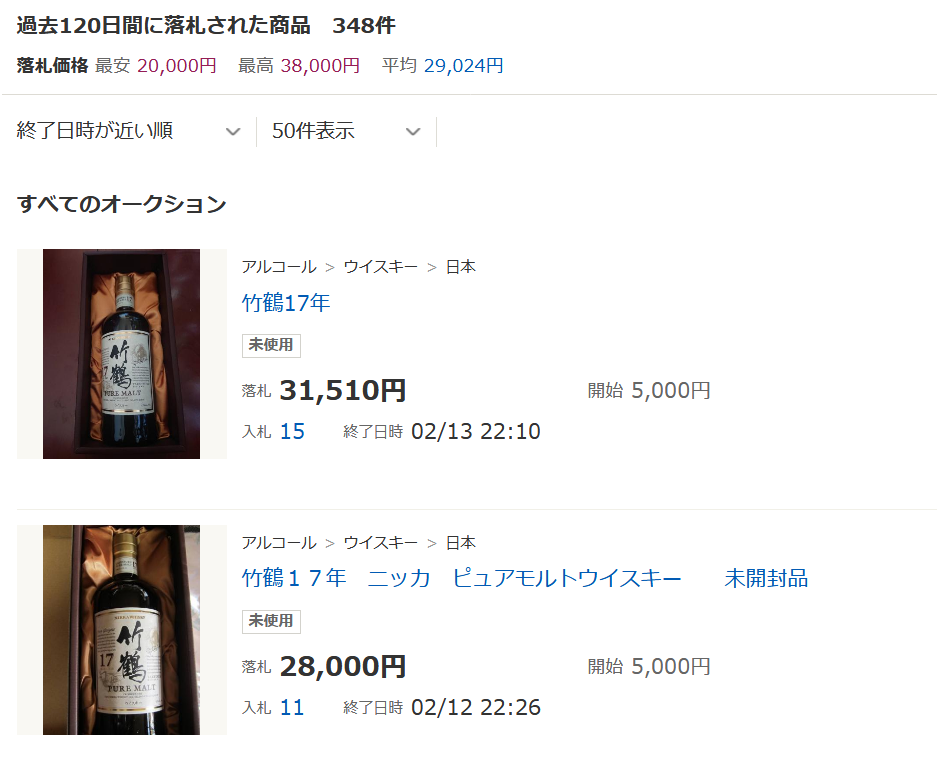 In mail order and online auctions, the price is around 30,000 yen, and the price will continue to rise.
By the way, the price of Taketsuru 17 year old soared to 80,000 yen on the day the decision was made to end the sale.

After the vatting of Yoichi and Miyagikyo sake, the taste is perfect balance between drinkability and richness without compromising either.
It can be drunk straight, on the rocks, or in a highball.
It is a very luxurious product that allows you to feel the flavors of Yoichi and Miyagikyo in one sip.
As a side note, the sake Taketsuru is also available at Taketsuru Shuzo, the birthplace of Masataka Taketsuru in Hiroshima.
When Takeru Taketsuru (Masataka’s adopted son) contacted the Taketsuru Shuzo for the sake under the same name, they readily agreed to use it for anything other than sake, which led to its release.
However, before his death, Mr. Masataka Taketsuru had actually registered the trademark “Taketsuru” with Nikka around 1980.
Perhaps Mr. Masataka was dreaming of launching a whiskey called “Taketsuru” someday.
Taketsuru’s dream was taken over by Takeshi Taketsuru, and Taketsuru is now only available in rare stocks at liquor stores and bars, but I hope that someday it will be reproduced and we will be able to see the continuation of Masataka Taketsuru’s dream.

[Review] Taketsuru 21 Year Pure Malt
A pure malt whisky named after Masataka Taketsuru, the father of Japanese whisky. It is a pure malt whisky that Japan is proud to present to the world."Taketsuru 21 Year Ol...
[Review] Taketsuru Pure Malt New Label
An incomparable whisky made by refining, combining, and bringing together malts forged in the northern sea and malts nurtured in the green canyons. It is a unique pure malt, whe...