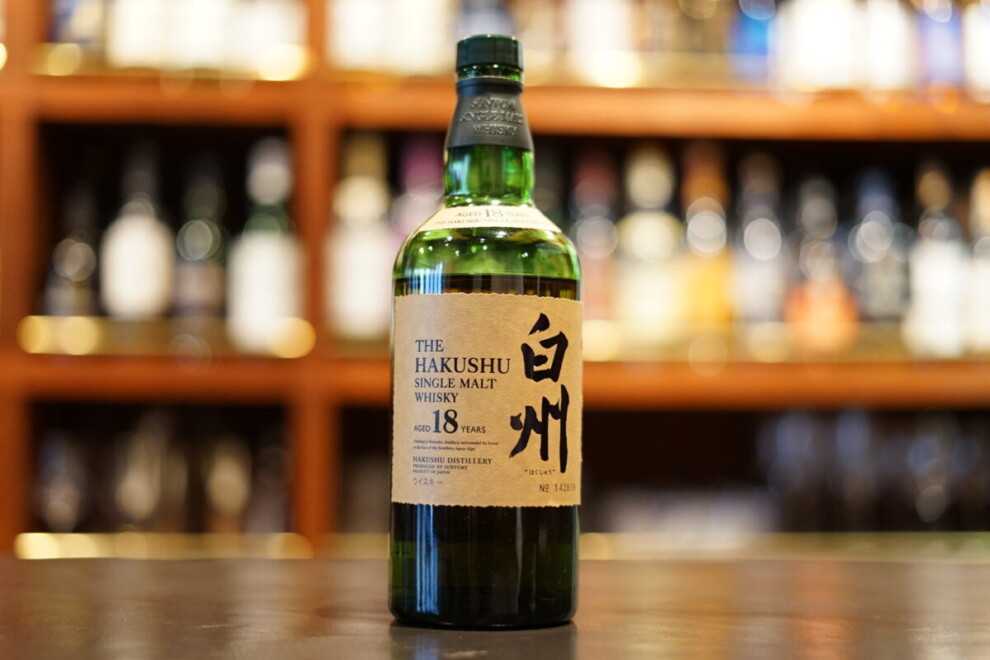 Following Yamazaki in the first issue, I would like to introduce Hakushu 18 Year Old, another single malt whisky from Suntory.

Keizo Saji, the second generation master blender, decided that he wanted to make a whisky with a different taste from Yamazaki, which was made at the oldest distillery in Japan, so he built a new distillery at the foot of Mt. In pursuit of the delicious water that is essential for whiskey production, he searched all over Japan for a suitable place for a distillery and arrived at Hakushu. We hope you will enjoy Hakushu 18 Year Old, which is poured after 18 years of maturation in an environment blessed with nature.

The Hakushu Distillery was completed in 1973, exactly 50 years after the first whiskey was produced in Japan, in a lush forest of 820,000 square meters at the foot of Mount Kai Komagatake in the Southern Alps, blessed with abundant nature.
The brewing water is surrounded by the moist atmosphere of the forest, and the Hakushu malt is made with pure and soft natural water from the Southern Alps, polished by granite. The malt is matured over a long period of time in the changing seasons that are unique to Japan, and is the source of the clean, aromatic Hakushu flavor.
In 2014, the company spent 1 billion yen to add four more pot stills, bringing the total number of stills to 16. A wide variety of pot stills of different sizes and shapes are used to make different types of sake. The storage room is a rack type with a high ceiling. The temperature and humidity are not controlled by hand, but are left to nature. 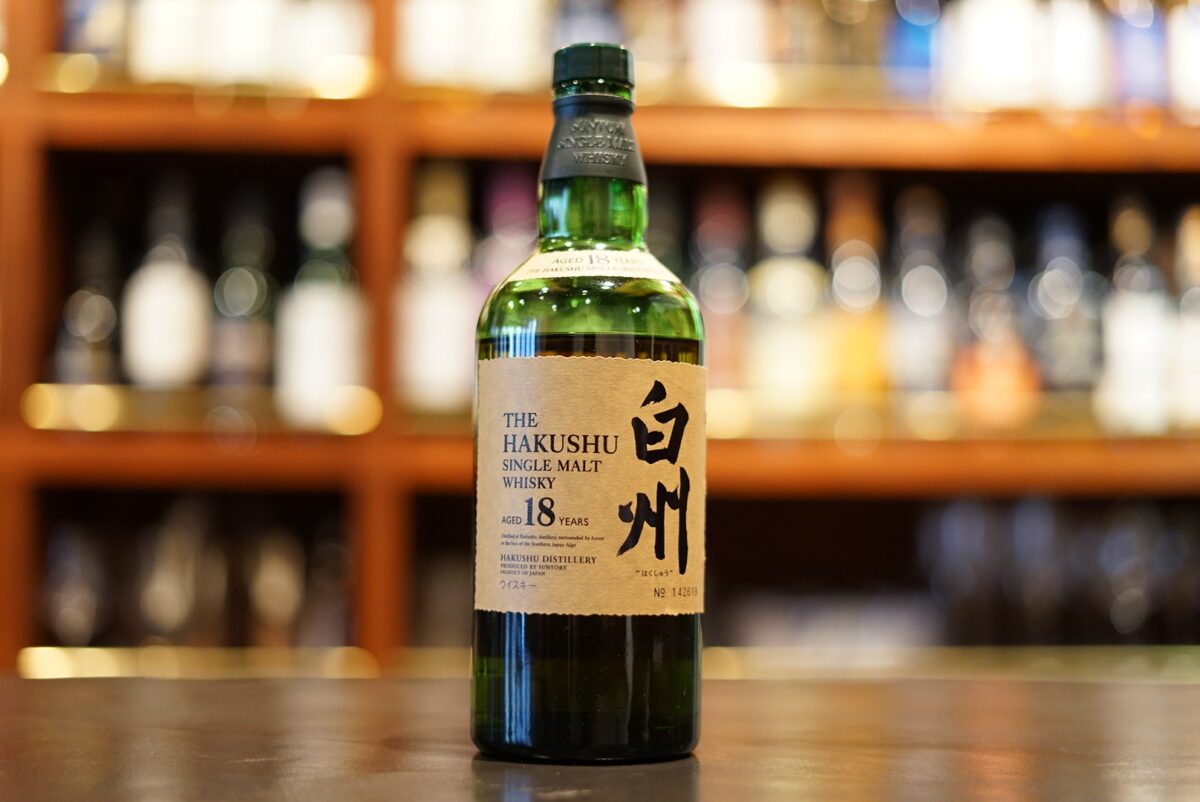 Deep aroma and a hint of smokiness, like ripe fruit

It has the deep taste and aroma that only a long matured malt can provide while maintaining its refreshing taste. The complex richness, sweetness, and rich barrel aroma are in perfect harmony. It also has a pleasant aftertaste with a hint of smokiness. Long-aged malt, more than 18 years old, produces a deep aroma and a hint of smokiness. The complex richness and sweetness of the malt and the aromatic scent of the oak are in perfect harmony. Enjoy the smoky and pleasant aftertaste.

As with Yamazaki ’18, the product is in extremely short supply, so there are no retailers selling it at this price. 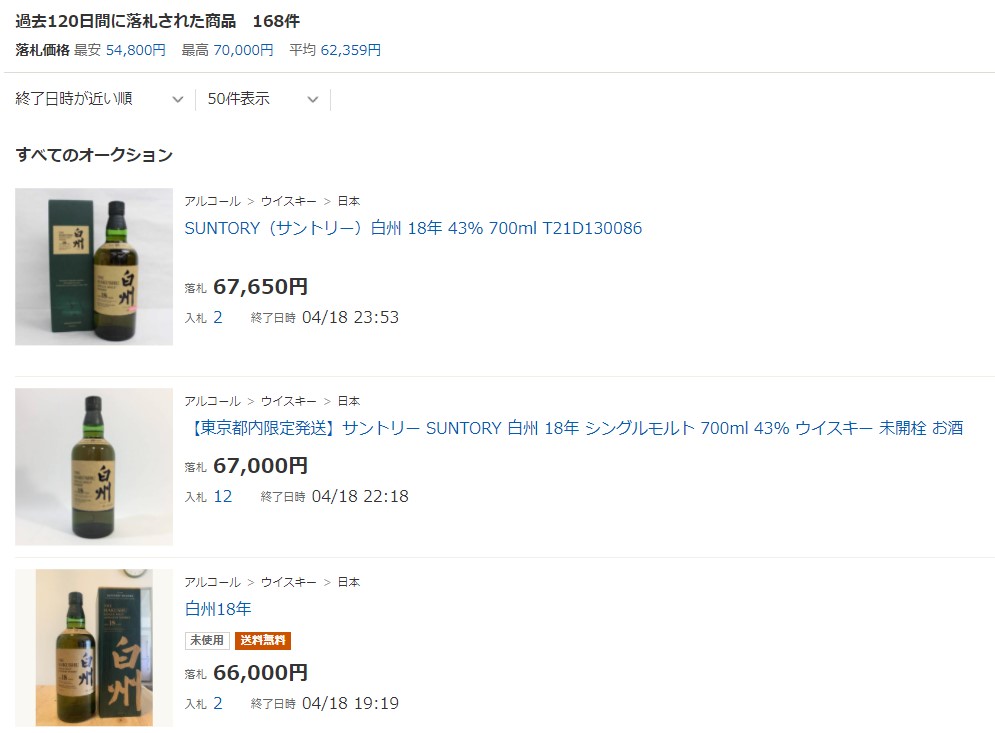 Although not as expensive as Yamazaki 18 year, Hakushu 18 years is also becoming a very expensive product. Naturally, there is no doubt that the “taste” is superb. I think it’s safe to say that the taste is worth the price, which includes the scarcity value.
It was more than 18 years ago, in the year 2000, that the original spirit that produced Hakushu 18 Year was produced. At that time, whisky consumption in Japan was on a downward spiral, and no one predicted that whisky would explode in popularity in the future. I think it will remain high for at least another 10 years.

■Check out other articles about Hakushu.