This is YOIYO’s first chocolate made with gin. “SAKURAO GIN LIMITED” from the Sakurao Distillery in Hatsukaichi City, Hiroshima Prefecture, is used. All 17 ingredients, including juniper berries, are produced in Hiroshima Prefecture. This gin and chocolate marriage is an impressive marriage with a lingering citrus aroma that is typical of Hiroshima, which is rich in produce from the mountains and the sea.

Get drunk on Japan, Chocolate.

There is a Japan you have not yet discovered.
It is the taste of pure water, local ingredients, and traditional techniques.
We have packed carefully crafted sake into a single piece.
Enjoy it at dusk or after dinner as if you were going on a trip.
This is a chocolate for adults.
Have a good night, feeling a little tipsy.

“YOIYO” is a “Japanese craft sake chocolate” or so-called “whisky bonbon” sold by Lotte Co. The wonderful taste of Japanese whisky and the passion of the whisky maker and the chocolate maker are packed into a single piece of chocolate.

The package design of each product is fashionable, printed with the regional scenery of each distillery and its distillation equipment.

The first stage, “YOIYO <Marus Shinshu Distillery> Komagatake,” has been a hot topic among whisky fans since its release.

This time we will introduce the 7th stage, “YOIYO <Sakurao Distillery> GIN LIMITED.” 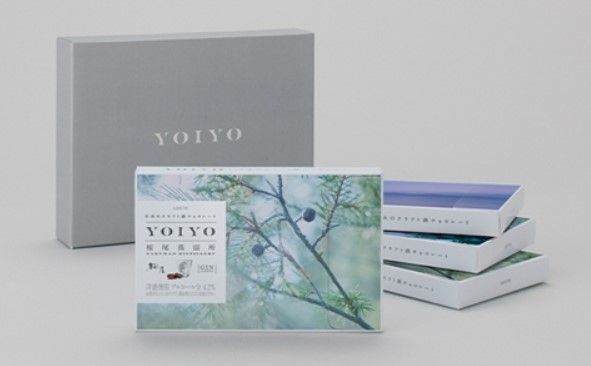 (Prizes will be shipped in mid-December 2022)

The following three conditions must be met in order to enter.

(1) Purchase the following eligible products at the Lotte Online Shop.

Not applicable for purchases made outside of Lotte Online Shop.

(2)Register as a member of LOTTE Membership

500yen coupon is being offered for new member registration.

Compared to whisky.
the combination of gin and chocolate is rare.
To tell the truth, at first I couldn’t fully imagine how it would turn out.
But I was impressed with the finished product.
In the mouth, the tartness and gorgeousness that is typical of Sakurao spreads out.
In the end, the richness of the chocolate is superimposed on the citrus aftertaste.
It is expressed in an exquisite balance.
This is probably due to the fact that it is a center liquor type.
Please feel the fresh and spicy aroma with chocolate.
Taihei Yamamoto, Distillation Manager, Sakurao Distillery

Hiroshima is very rich in seafood from the sea and mountains, making it possible to have a variety of raw materials.
Sakurao Gin Limited sources all of its botanicals from Hiroshima Prefecture, and a forest where juniper berries, an essential ingredient in gin, grow wild is also local.

After two years of trial and error, “Sakurao GIN LIMITED” was born. 17 different ingredients give the gin its aroma, with juniper berries from Japan being the rarest and most delicate. The most distinctive feature of the product is the oyster shell from Hiroshima. This is mixed with botanicals such as cherry petals, which symbolize Sakurao, kuromoji, hinoki cypress, and citrus.

It has a fresh, citrusy aroma that is different from that of whisky. 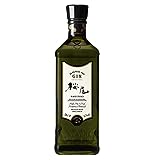 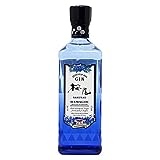