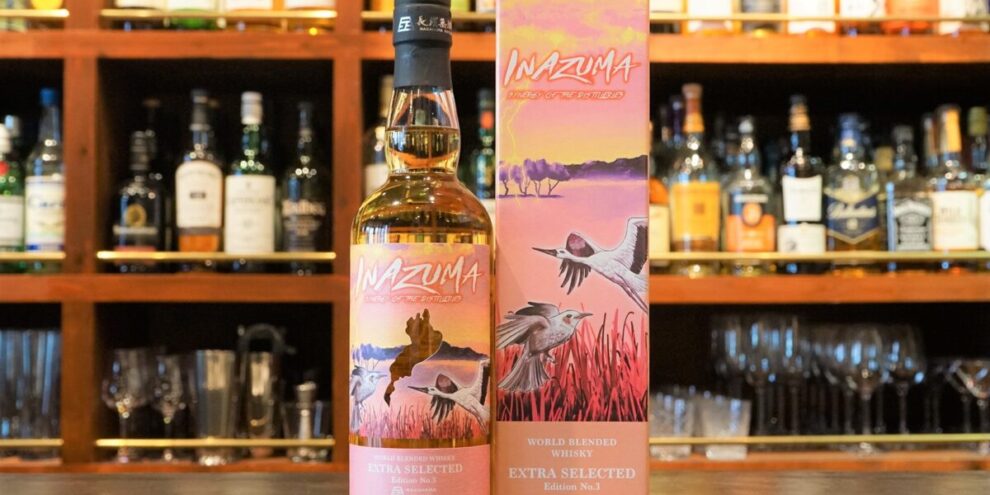 On May 31, 2022, this was achieved by exchanging malt whiskey from three distilleries in Japan: Nagahama Distillery, Eigashima Distillery, and Saburomaru Distillery. Two blended whiskeys, “INAZUMA Edition No.3”, were released in a limited edition.

The “INAZUMA Blended Malt Japanese Whiskey Synergy Blend Edition No. 3” and “INAZUMA World Blended Whiskey Extra Selected Edition No. 3” are available in No. 3, but the latter is described on this page. The product name is “Shigeru”, which is the name of the prefecture.

The product name is derived from the appearance of the kanji character “Shigeru” in the prefecture’s name, and the label depicts the nature of Lake Biwa and the symbols of Hyogo Prefecture “stork” and Tonami City “hiyodori” that fly there. If you look into the center of the bottle, you can see the scenery of Lake Biwa, which is associated with each bottle.

The unique shape of the pot stills installed in the distillery reminds us of the very origin of whiskey making.
Nagahama Distillery was originally a rice warehouse from the Edo period (1603-1868), and began making beer in 1996. Later, in 2016, facilities for whiskey production were installed. The building has a vaulted ceiling, with a saccharification tank and distiller on the first floor, and a crusher and fermentation tank on the second floor.
There are two pot stills for first distillation and one for redistillation, and the heating system is an alambic type pot still shaped like an indirect steam gourd, a pot still often used for distilling brandy. Among Japanese craft distilleries, Nagahama Distillery is the only one currently using this alambic type pot still. One of the characteristics of this distillery is that it has the advantage of producing a clear, soft liquor with little miscellaneous taste. 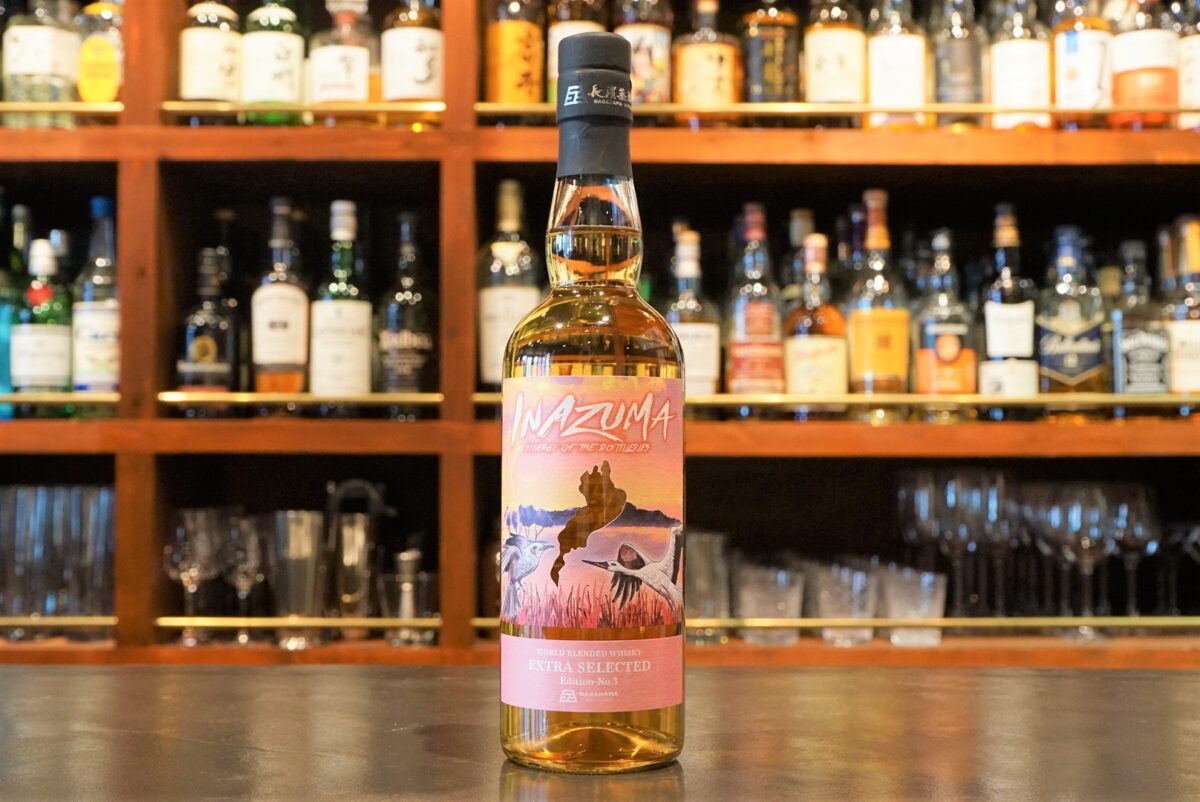 Whisky has been growing by leaps and bounds in recent years, and it is said that 90% of the whisky currently distributed in Japan is “blended whisky. In Scotland, the home of blended whiskey, there is an active exchange of whisky, resulting in the birth of many unique blended whiskeys, and it is not unusual for a single product to be a blend of whiskies from several distilleries. For INAZUAMA EDITION No. 3, the brewery attempted to blend the original spirits from three distilleries in Japan for the first time in the series. 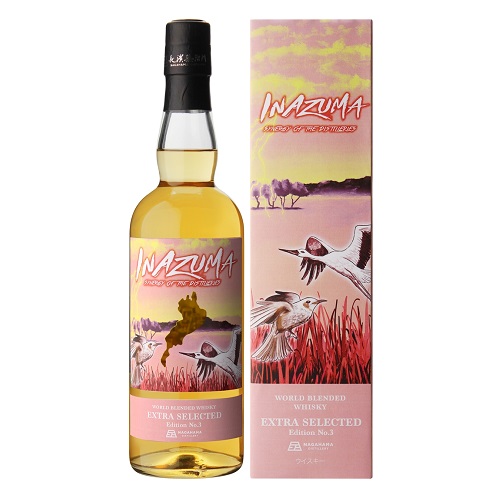 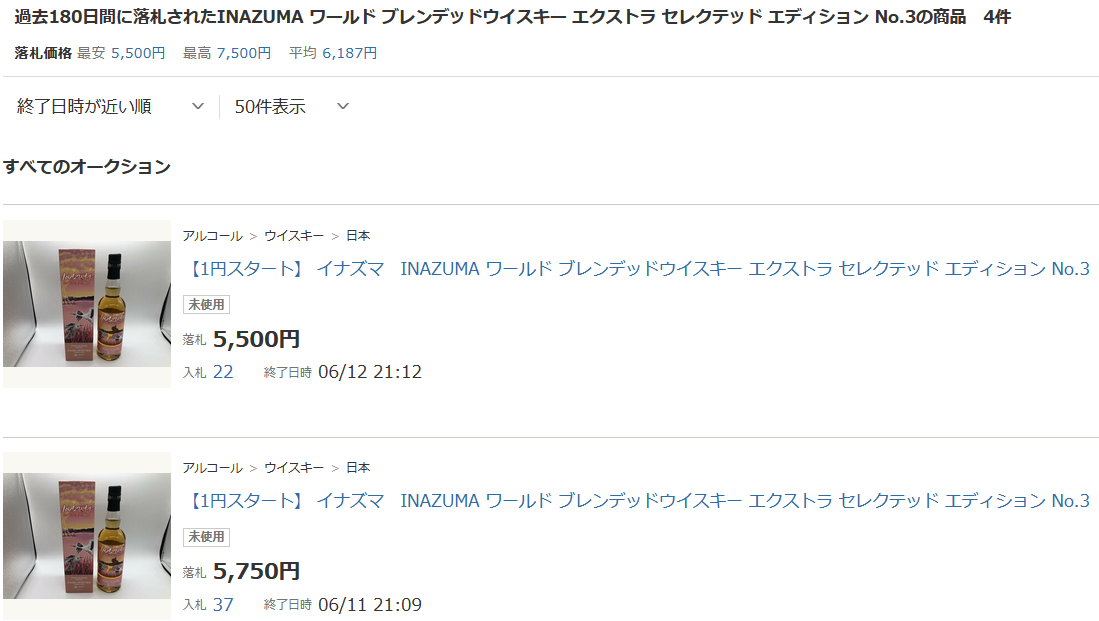 I have the impression that the estrous aroma of Eigashima distillery, the peaty aroma of Saburomaru distillery, and the fruity flavor of Nagahama distillery are intertwined in a good way. Later on, lactic acidity and bitter chocolate-like residual aroma can also be detected, and the grain base liquor brings the malt characteristics together nicely. You can enjoy the changes of this whiskey over time.
Nagahama Distillery has been actively conducting crowdfunding activities such as “Whiskey Blending Experience,” and is making efforts to promote whiskey. We can’t take our eyes off their future activities.

Please check out other articles about Nagahama Distillery.