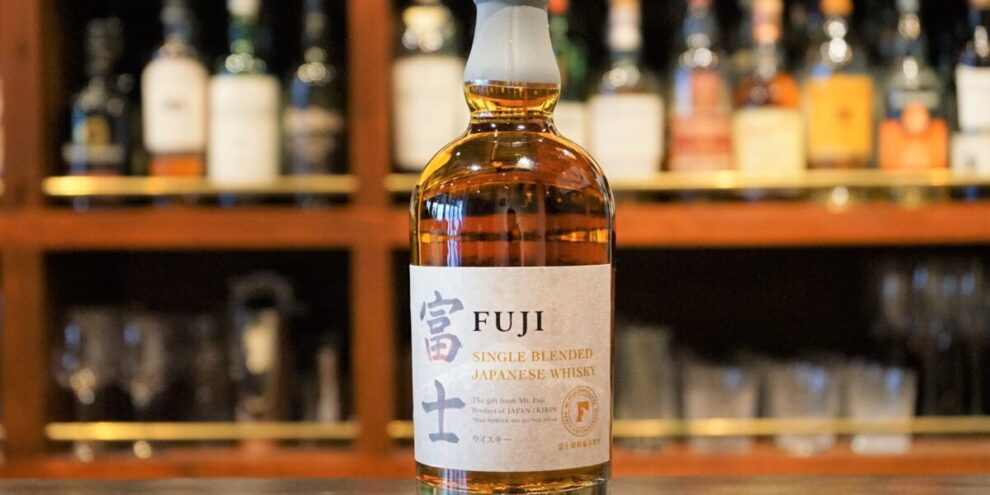 Kirin Single Blended Japanese Whiskey Fuji is the newest addition to the Fuji brand, which was introduced in 2020 and became a new standard in June of this year.

Many Japanese craft whiskeys focus on local barley, but in the case of Kirin, they do not focus on the place where the raw materials are produced, but rather on the greatness of the place at the foot of Mt. Fuji, where the whiskey is made and nurtured, and the time spent by the original whiskey there.

The new product that reflects this terroir of Gotemba is the “Single Blended Japanese Whiskey Fuji,” which has been released as a new standard product.

Fuji Gotemba Distillery, located at the foot of Mt. Fuji, is one of the few whisky distilleries in the world to handle the entire process from preparation to bottling of malt and grain whiskies.
The distillery produces a wide variety of Kirin Group products, including whisky, mineral water, and canned chuhai, in a natural environment blessed with abundant subterranean water from Fuji, a cool climate, and frequent fog throughout the year.

In February 2019, we will be announcing the future further In preparation for the increase in whisky sales volume, production facilities were expanded, with an investment of approximately 8 billion yen.
In order to produce a wide variety of malt whiskey base, four new small fermentation tanks and two lines of four distillers were installed to approximately double the base production capacity, and the barrel storage capacity was increased by approximately 20% through the renovation and enlargement of the barrel aging warehouse. The company aims to establish a production system that will ensure a stable supply of high quality whiskey in the future. Operations are scheduled to begin in June 2021. 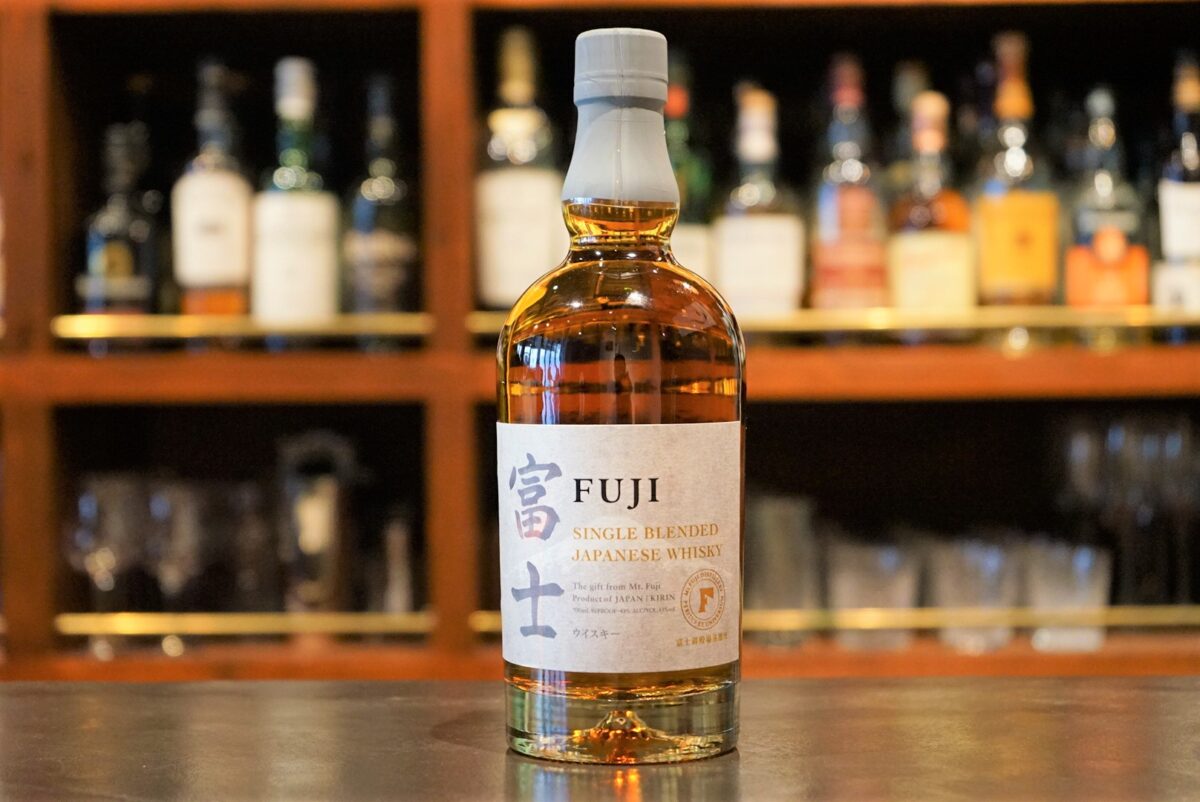 This single blended Japanese whiskey is the embodiment of Fuji Gotemba Distillery’s commitment and characteristics in whiskey making.

The term “single blended” refers to a blend of malt and grain whiskies made at a single distillery, and was the first designation applied for and approved in Japan when this product was developed.
Fuji Gotemba Distillery, where everything from preparation to maturation is done at the foot of Mt. Fuji, blends a wide variety of malt and grain whiskies, making it a rare product of its kind in the world. In creating this single blended product, we placed great importance on the concept of the “terroir of time” in whiskey.
Terroir in whiskey refers to the location at the foot of Mt. Fuji where the whiskey is produced and nurtured, as well as the time spent by the original whiskey in that location. Fuji, refined over a period of about 50 years, as well as the air quality and weather conditions. The time and climate in which the whiskey was nurtured is the terroir of whiskey, and Single Blended Fuji is a reflection of the terroir at the foot of Mt. There were few items currently listed on Yahoo! Auctions and only one transaction. (*As of 7/25/2022)

The barrels were carefully selected to maximize the characteristics of each sake, and the blend is exquisitely balanced so that the colorful characteristics of the sake are multi-layered and vibrant, and there is not a trace of unripe distillate-derived aroma. The result is a fruity, transparent, and “beautiful” finish with no hint of unripeness from the distillate.

The manufacturer recommends drinking it straight in a wine glass (Sauvignon Blanc is best). The wine has a gorgeous fruit aroma reminiscent of peach, apricot, and orange liqueur.
Then, in the mouth, sweet aromas of honey, pear tart, and fruitcake will spread and make you feel pleasantly happy. If you want to enjoy the change of aroma, try adding a teaspoon of water and you will feel the fruity aroma more vividly. It is commented as follows.

■Please take a look at our other articles on Kirin.

【Review】富士山麓 (Fuji-Sanroku) Signature Blend
Fuji Sanroku Signature Blend" is a blended whisky created by the world's best blending technology by carefully selecting raw spirits that have reached their peak of ma...
[Review] Single Grain Whisky Fuji
In April 2020, Kirin's new flagship brand Fuji will be sold to restaurants. With the increasing amount of time spent at home due to corona disaster, we expanded the sales c...