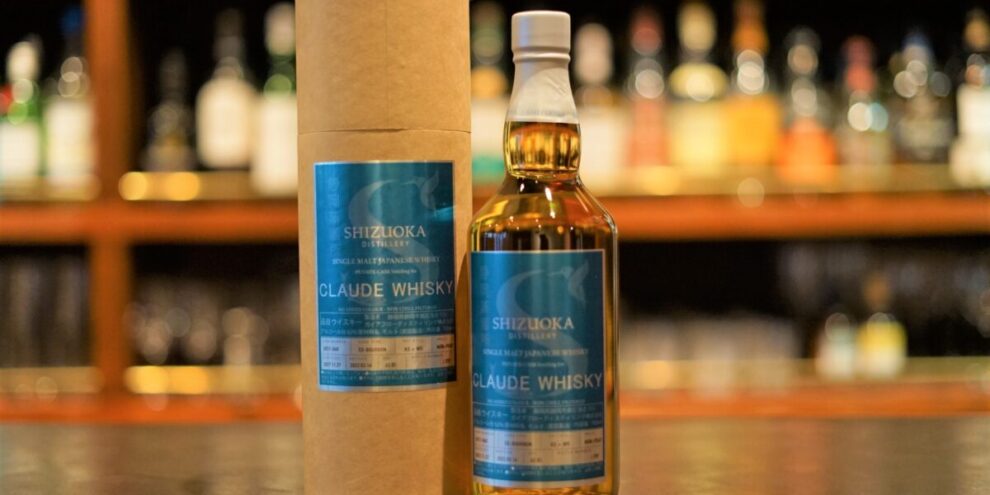 The Gaiaflow Shizuoka Distillery began producing whisky in October 2016. Applications for the 2017 private casks began in December, shortly after operations began.
The first private cask as Shizuoka Distillery, distilled – aged in 2017, is now available for sale as private bottles from various liquor stores from spring 2021 onward.

In March 2022, a Gaia Flow x CLAUDE WHISKY private bottles of the new product were released.

Distilled from non-peat malt in pot stills K and W, aged in EX bourbon barrels for at least 4 years, and bottled at cask strength. The number of bottles sold is 219 bottles.

Established Gaiaflow Distilling Co. on October 8, 2014.
Construction of Gaiaflow Shizuoka Distillery completed on August 9, 2016.
In the same year, whiskey production started on October 28.
The distillery is located in the Tamagawa district of the Occidental area of Shizuoka City, Shizuoka Prefecture, on the banks of the Abe Nakakawachi River, a tributary of the Abe River, a first-class river.
Surrounded by beautiful 400-meter-high mountains at an elevation of around 200 meters, the temperature is always 2 to 3 degrees cooler than in the city center, making it a truly desirable location.
The building was designed with the theme of fusion of Japanese beauty and Western culture, and in collaboration with Derek Baston, an American architect living in Shizuoka, the interior and exterior of the whisky distillery are made of many Shizuoka woods, which are beautiful to the eye.

The fermentation tanks are wooden vats made of locally grown Shizuoka cedar. Shizuoka City is known for its forestry industry, and they chose to use locally grown cedar in the hope of creating a whisky that is uniquely Shizuoka.
The malt mill used to grind malt (barley malt), which is the raw material for whiskey, has been moved from the Karuizawa distillery and is used in the same way as the “K” distillation machine.

Incidentally, a fantastic whisky that was made at the Mercian Karuizawa distillery, but never commercialized, was purchased by a British company and bottled in 2013 as “Karuizawa 1960. It was sold for 2 million yen. It then sold for about 14 million yen at a Scottish auction in 2017. It is now clear that Japanese whiskey is at the top of the target list for whiskey collectors around the world.

At the distillery, there is a tasting corner where visitors can sample (for a fee) the Shizuoka Distillery’s original sake and the first “Single Malt Prologue K”. The Shizuoka distillery also imports and sells whiskey, and you can sample the Indian whiskey ” Amrut ” and the Scottish bottlers “Black Adder” and “Astamoris”. 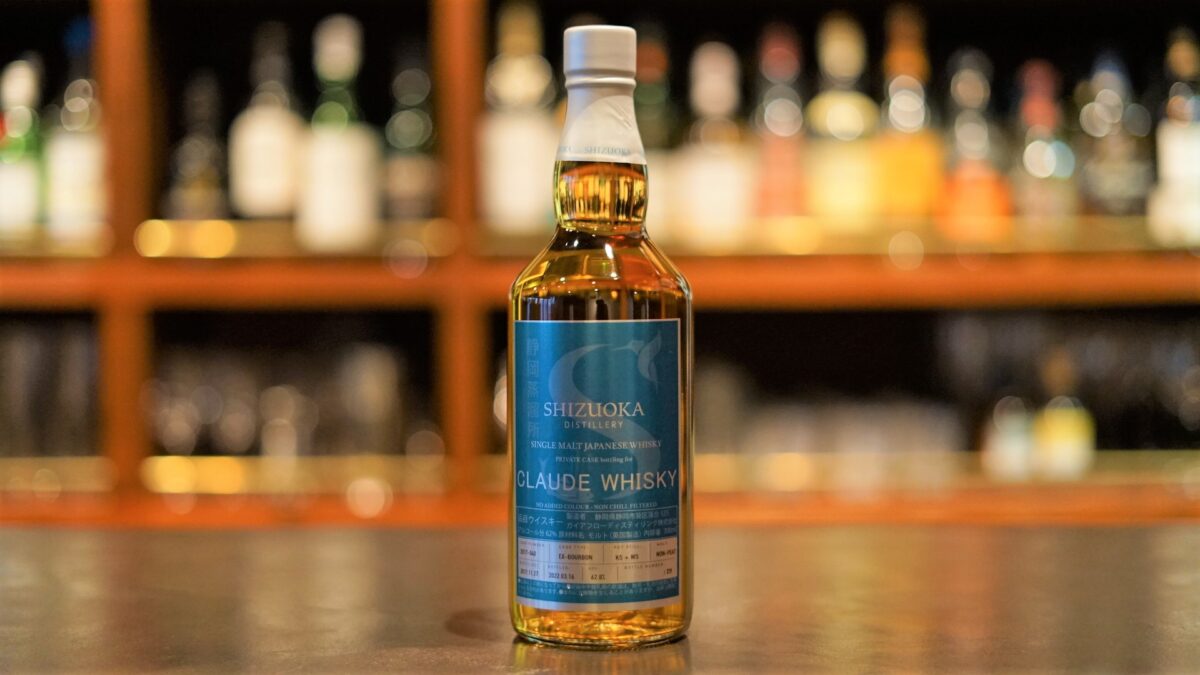 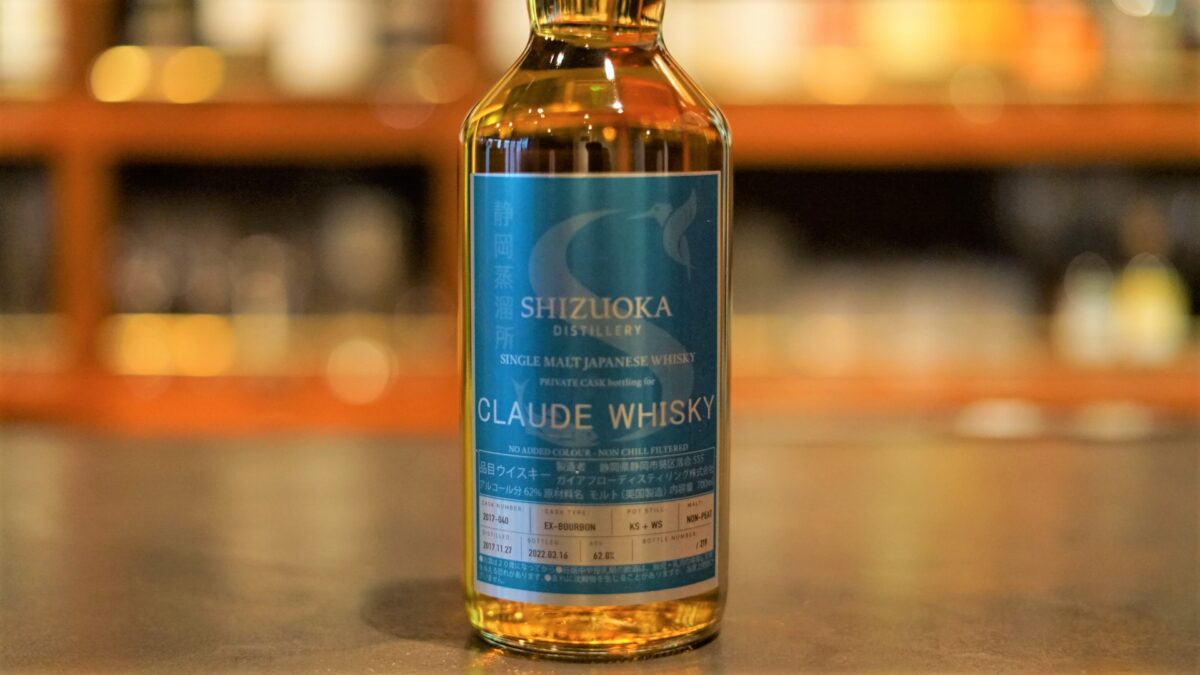 62.It has a powerful, punchy mouthfeel and a fruity, floral character that opens up in line with its 8° alcohol content.

We have not been able to confirm the listing on Yahoo! Auctions, but we can confirm the resale of private bottles by other liquor stores. (As of April 15, 2022) 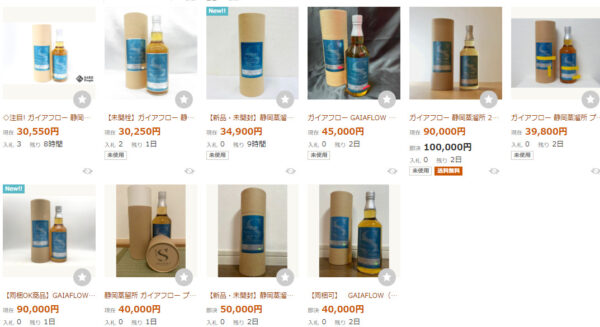 Our first impression was that the high alcohol content was consistent with the enjoyable, robust alcohol taste. It is characterized by a fruity and spicy taste with a sourness that gradually opens up.

It can be enjoyed with soda or on the rocks, but straight or twice up is recommended. Especially when twisting it up, we hope you will find the sweet spot and enjoy it slowly.

Gaia flow Shizuoka Distillery is now accepting applications for cask owners by lottery. Why don’t you dream up your own special bottle and apply for it?

Please check out our other articles on Shizuoka Private Bottle and Shizuoka Distillery.