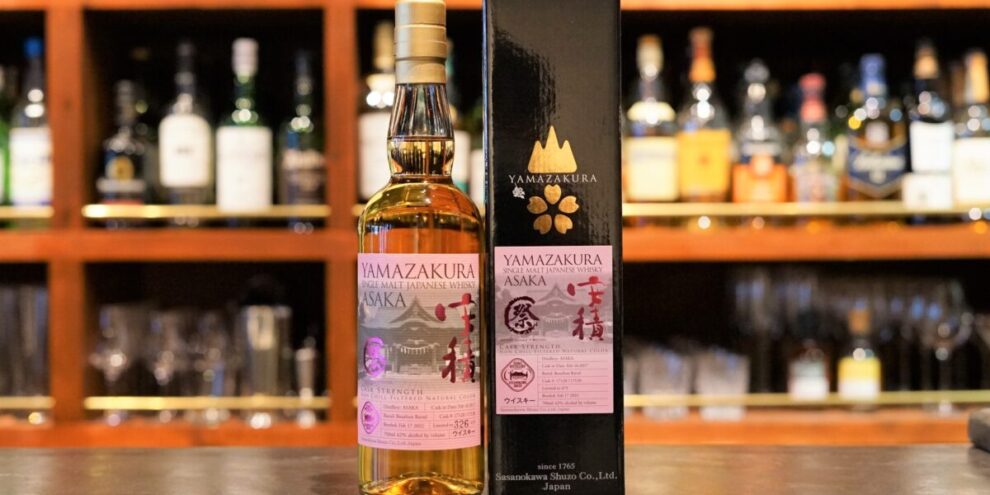 Two types of Azumi Distillery’s bourbon-barrel originals aged for five years, the so-called Double cask. bottled at cask strength. 2017’s original bottle is from the Azumi Distillery’s First year of business The original sake was brewed in the
This bottle allows you to fully enjoy the strengths of both the double cask and the 5-year aging process.

This whiskey was bottled and sold by lottery for the Chichibu Whiskey Festival 2022.

Yamazakura Brewery, founded in 1710 south of Lake Inawashiro, moved to Koriyama in 1765.
This Yamazakura Brewery was the first to obtain a license to brew whiskey in 1946, when the demand for whiskey increased as a national policy during the postwar American military occupation.
The shortage of rice during and after the war made it extremely difficult to brew sake, and the influx of Western culture after the war was also a factor in the company’s commitment to whiskey production.
In the 1950s and 1960s, during the period of high economic growth, Sasanokawa Brewery’s ” Cherry Whisky ” gained popularity along with Toa Brewery and Hombo Brewery, being called “Cherry of the North, Toa of the East, Mars of the West”.
However, with the low growth and changing tastes, Toa was forced to withdraw from the business in 2003, and Sasanokawa took care of the barrels of the original whiskey at the distillery in Hanyu.
This was a big help for the release of Ichiro’s Malt, which later became popular worldwide.
Since the postwar period, the distillery has continued to produce whiskey in small quantities, and currently uses two types: a Scotch type and a malt type imported from Kentucky.
The Asaka distillery is located in the Sasanokawa Sake Brewery, a sake brewery that has been in operation since the Edo period. 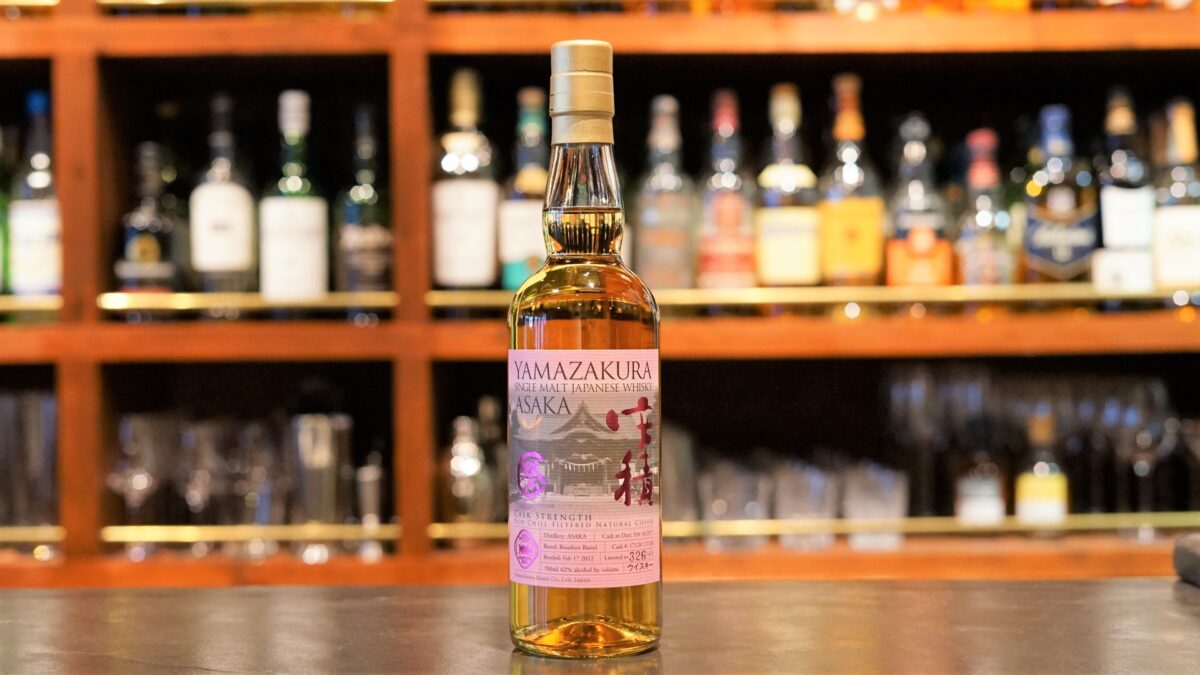 Single malt Japanese whiskey made from two first-fill bourbon barrels from Asaka Distillery, aged for five years. It is bottled as-is to preserve the original aroma and flavor of the barrels, so-called “original cask strength. It is non-chill filtered (non-cooled filtered) and naturally colored (no coloring), so in rare cases sediment or turbidity may appear due to changes in storage temperature, but this is of product origin and does not affect the quality or other aspects of the product.

Quote: From the back of the label 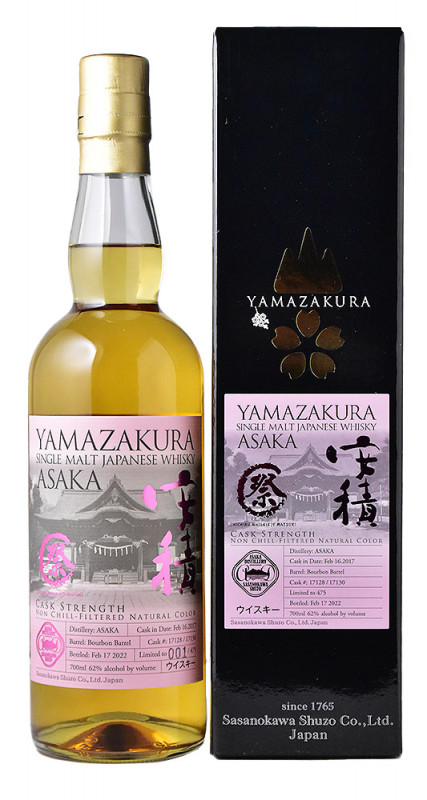 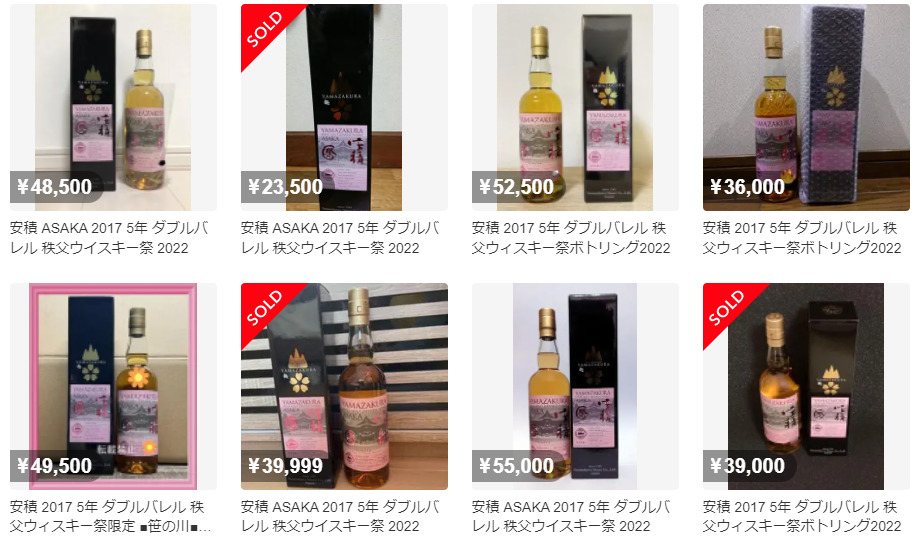 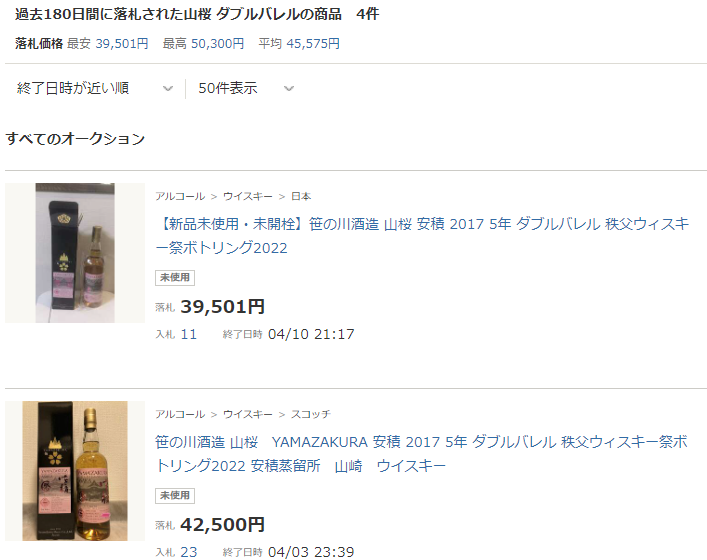 The stinging aroma of alcohol derived from cask strength is the first impression, but the swirling process gradually opens up the sweet aroma. The aroma is slightly spicy and sweet with a hint of spicy aroma and the pungent odor of alcohol. As soon as you take a sip, the mouth is immediately filled with an intense sweetness that reminds you of bourbon barrels. Although the sweetness tends to overpower the spicy flavor, you can also taste the spicy flavor and creamy body. The strong sweetness is followed by a bitter taste reminiscent of bitter chocolate. When water is added, the alcohol angle fades away and a strong sweetness reminiscent of bourbon barrels emerges.

Limited to 475 bottles, this is a very rare bottle with limited availability, but it is available at BAR Shinkai. We hope you will enjoy the taste.

It is a bottle that makes us think that we cannot take our eyes off the ever-evolving whisky of Azumi Distillery in the future.

Please check out our other articles on Yamazakura.