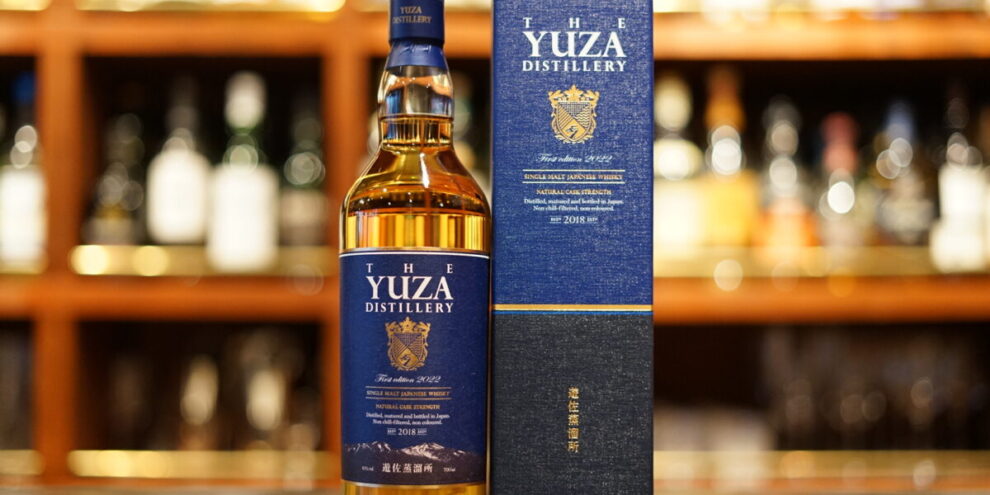 Masaharu Sasaki, president of Yusa Distillery, says, “If you leave it to experts or veterans, the distillery will be stained with their colors.”  Young staff members start from scratch to create a distillery that is unique to Yuza Distillery.

“YUZA First Edition 2022” was born with the strong conviction to “age until we are satisfied” and “focus on producing only products that meet the definition of Japanese whiskey” . The time of dawn has finally arrived.

This is the third whiskey distillery in the Tohoku region opened by Kinryu Corporation in Yuza-machi, Yamagata Prefecture in 2018.

Blessed with fresh, clean air and subsoil water from the famous Mt. Chokai, which has been selected as one of the “100 best places for water” Yusa-cho is an ideal place for making whiskey of the highest quality.

The pot still used is made by Forsythe, and there are five fermenters, using Canadian bay pine. The distillery uses Scottish methods for the production and maturation of whiskey, and does not release young whiskey into barrels. Focusing only on single malt production It is a small distillery where mass production is not possible. Because we are a small distillery that cannot mass-produce, we take great care in every detail to produce whiskey of the highest quality with the utmost care.

The whiskey made at Yusa Distillery is called,
Tiny
Lovely
Authentic
Supreme
The concept of the Yuza distillery is “TLAS” , an acronym for the above.

The Yuza distillery is a very small distillery for a whiskey distillery, with a site area of about 4,550㎡ and a distillery area of about 620㎡. Although it looks small and cute from the outside, the distillery aims to produce whiskey that is authentic and of the highest quality. The whiskey is made using traditional methods, but with a commitment to Japanese “monozukuri” (craftsmanship) that is unique in the world.

For more information on the Yuza distillery, see also this article. 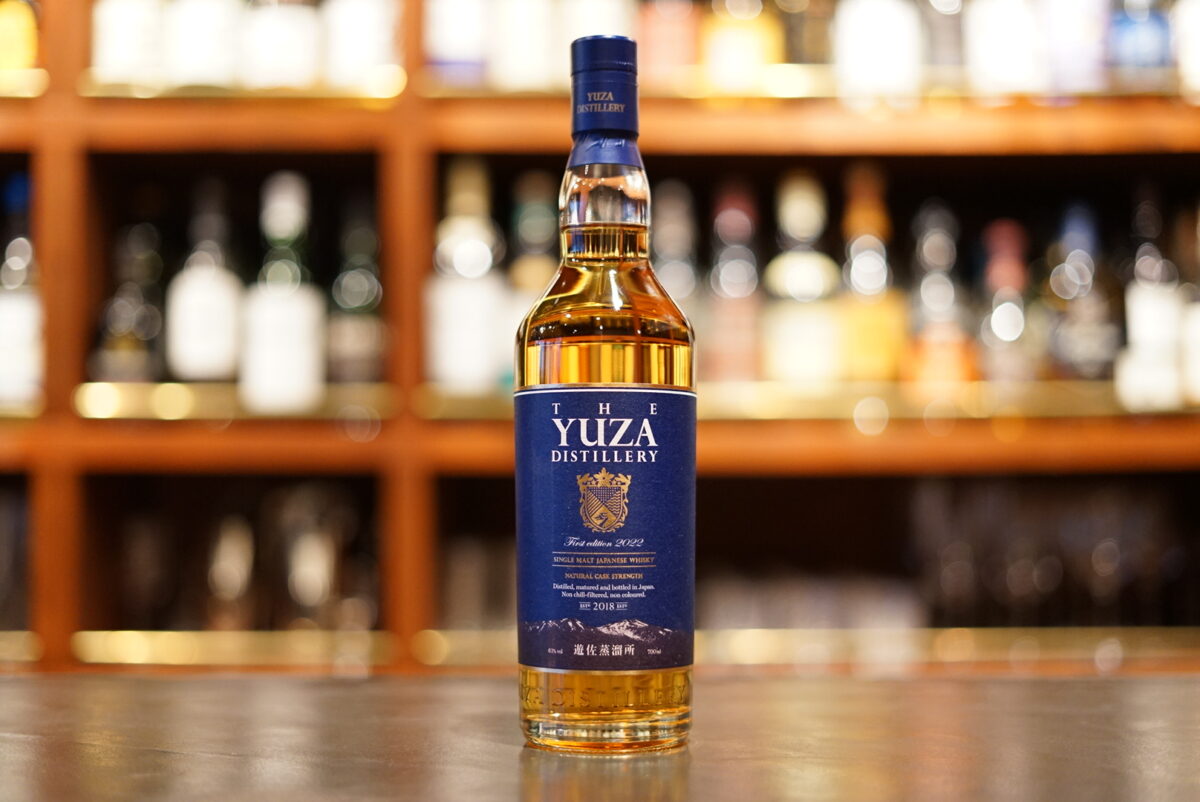 Carefully selected from raw materials casked between November 2018 and January of the following year, when the distillery had just started operations, the cask strength was chosen to allow the full flavor of the cask release to be enjoyed. Only bourbon barrels are used for aging. Enjoy the gorgeous and fruity aroma and taste to your heart’s content. 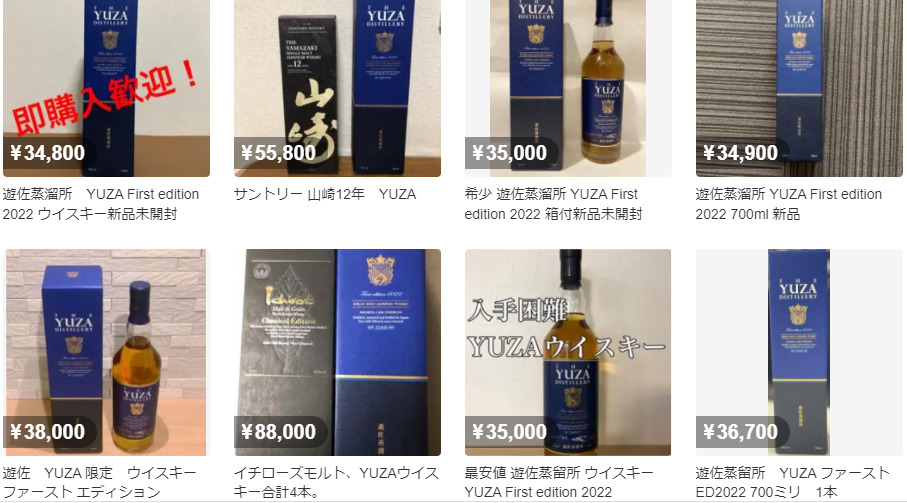 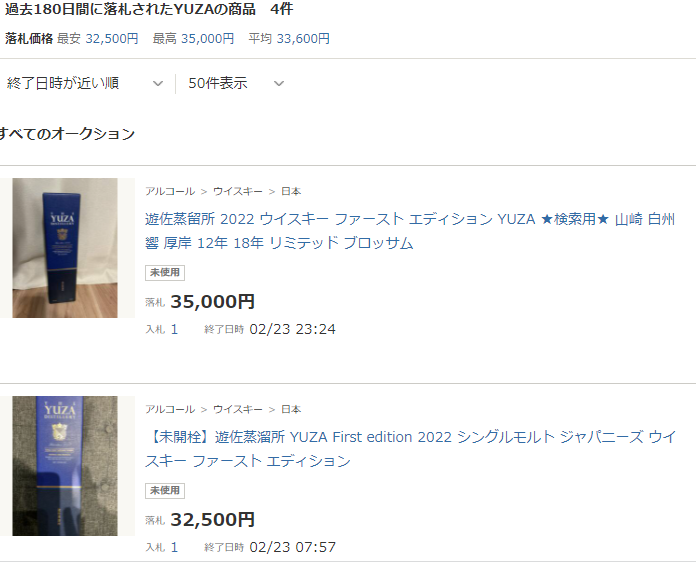 We have not been able to confirm any listings on mail order sites. (As of February 24, 2022)

You can’t help but feel the youthfulness of the original wine, but for the cask strength alcohol content, it is not tense and has a smooth texture. The sweet aroma of nuts, almonds, vanilla, and honey flows smoothly into the mouth, stimulating the tongue with a tingling yet fruity taste. You can feel some youth and cask strength. The tingling is loose and lingers with the malt flavor.

When water is added, the fruity aroma becomes even stronger and the sweetness of the bourbon barrels peeks through. The alcohol and youthfulness of the beer are hidden.

The impression changes dramatically between straight and watered down, so you can enjoy it twice in one sitting.

This is the quality of the first release. I can strongly feel the Yuza distillery’s commitment to this product.