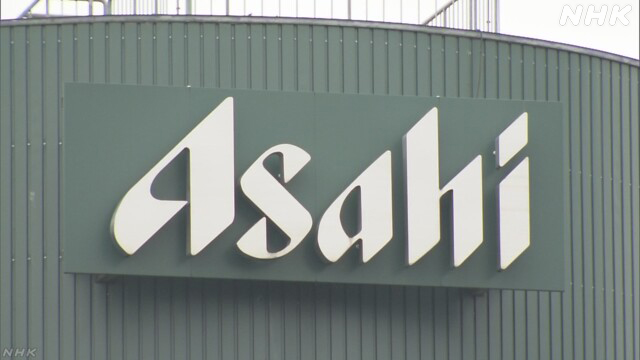 Nikka Nishinomiya Factory started operation in 1959. When it was in operation, it manufactured whiskey, but after becoming a wholly owned subsidiary of Asahi Breweries in 2001, it manufactured “Shochu High Club” and “Highball in a Barrel” .

Nikka is also associated with Nishinomiya. It is said that the villa of Shibakawa Matashiro, where Masataka Taketsuru, known as the serial TV novel “Massan” is said to have lived when he returned from Scotland, was located in Nishinomiya. The landlord’s mansion, a western-style house in Nishinomiya City, was used as a location in the Massan program.

This article has focused on the Nikka Nishinomiya Factory, but Asahi Breweries Kanagawa Factory and Asahi Breweries Shikoku Factory have also announced that they will cease operations at the end of January 2023. As young people are moving away from beer and demand is shrinking, we will reorganize our production and distribution origins to improve management efficiency.

A total of 311 employees will be affected by the closure of the plant. The employees of the closed plants will be reassigned within the group or supported for re-employment.

Atsushi Katsuki, President and CEO of Asahi Group Holdings, said, “By reorganizing, we will be able to reduce fixed costs and increase the utilization rate of the plants to be consolidated” .

The city’s commerce and industry division said that while it would be painful to see a hole in industry and employment, it is expected that some businesses will be interested in the vast site. Others are hoping that the site will be used for business purposes, as there are concerns that the construction of condominiums and commercial facilities will put pressure on the capacity of schools and cause traffic congestion.

We often hear the phrase “people are losing interest in sake. It is true that sales of sake and shochu are declining. It was quite a shock to see a drop in sales of beer, including Asahi Super Dry, which is well known to men and women of all ages.

But on the contrary, the demand for whiskey is on the rise. Various breweries have started making whiskey because of the declining sales of sake and shochu, and whiskeys full of individuality are being produced. I assume that the Asahi Group will similarly focus more on the production of spirits, especially whiskey, in order to keep up with modern demand.

If they are going to focus on whiskey production, we can expect to see the results as early as 2022, four years from now.

I am not sure if the current whiskey boom will continue until then, but as a fan, I am looking forward to it.

I also speculate that with the increase in capacity utilization due to the reorganization, there will be more distilleries in Yoichi and Miyagikyo, and further enhancement of the tours. It is unfortunate that the plant is closing, but I am very happy that the whiskey industry is growing.

For more information about Nikka Whisky or the Nikka distillery, please visit here.