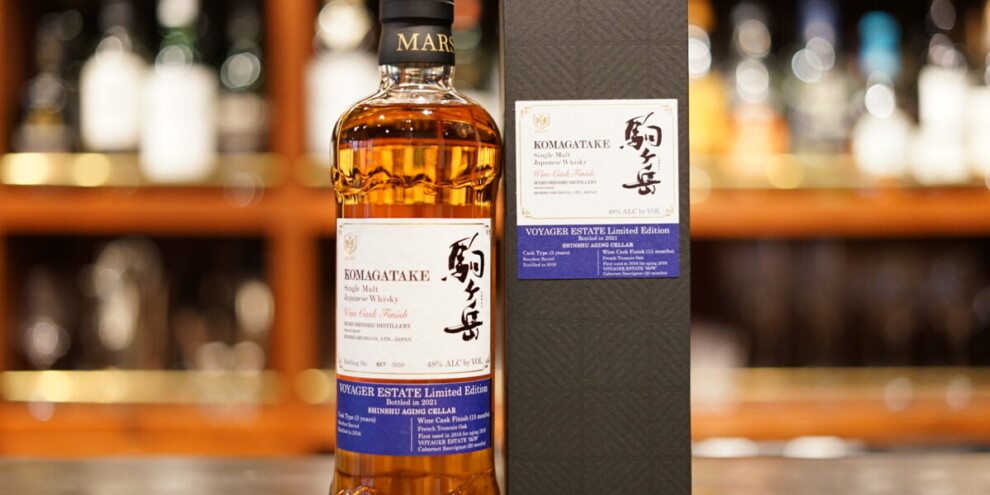 A single malt whiskey made from malt distilled at Mars Shinshu Distillery, matured in bourbon barrels for more than 3 years, and then aged for more than 1 year in empty red wine casks brewed at Voyager Estate, a winery in Western Australia. Limited edition of 950 bottles.

Voyager Estate is a family owned and operated winery with vineyards in the Stephen Valley, Margaret River, Western Australia. It was established by farmer and regional pioneer Michael Wright, who saw the potential of the Stevens Valley to produce world class wines due to the influence of the ocean and the climate. The current business owner is Michael’s daughter, Alexandra Bird. The entire process from growing to bottling is done at the winery.

In addition to winery tours, Voyager Estate offers expert-led tastings, a store, and a restaurant.

A special single malt whisky made from malt distilled at the Mars Shinshu distillery and matured in bourbon barrels for at least three years, and then matured (finished) for at least one additional year in empty red wine barrels from Voyager Estate, a winery that produces high quality wines in the Margaret River region of Western Australia. This is a special single malt whiskey. It has an attractive pale rose color, a harmonious blend of fruity aromas of grapes and pomegranates, a smooth mouthfeel, and a fruity taste that balances flavor and sweetness with a pleasant lingering finish.
Reference: Japanese Whiskey｜Single Malt Komagatake Voyager Estate Wine Cask Finish Bottled in 2021 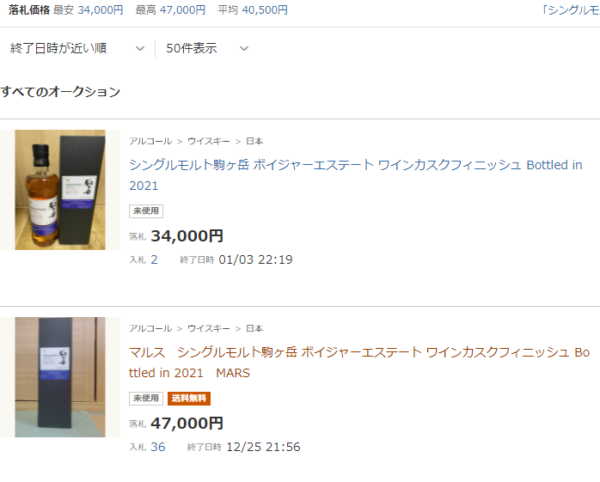 There are currently no listings on mail order sites. (*As of January 7, 2022)

The aroma of various fruits and malt create a characteristic sweet scent.

When a small amount of water is added, the wine aroma opens up and shows a different face.

There are only a few bottles of this whiskey available, and since it is mainly exported overseas, it is quite difficult to purchase, but it is a whiskey with a very interesting flavor, so if you have a chance to try it, please do.