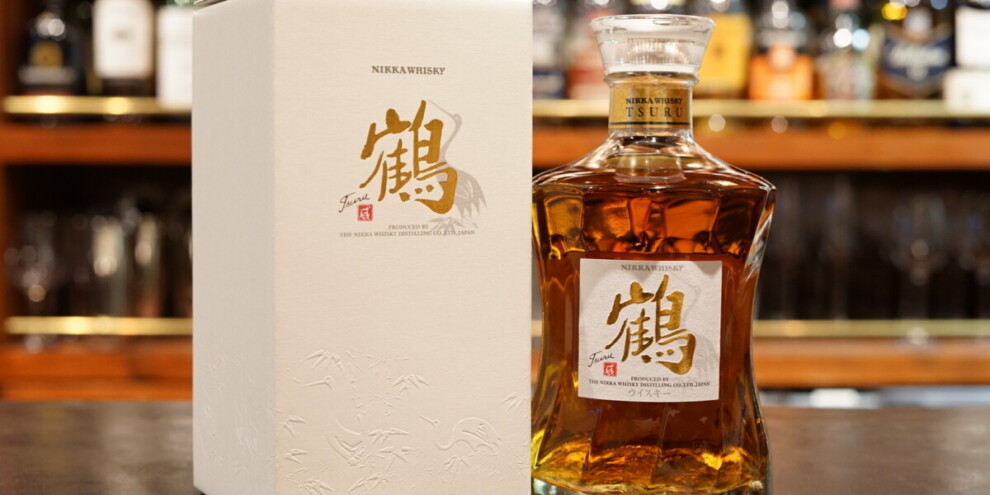 Masataka Taketsuru, the founder of Nikka and known as the “father of Japanese whiskey” , put all his skill and pride into creating this blended whiskey as the culmination of his passion for whiskey, and named it after himself as his last work. A crane stands in the northern land. The supple shape of the bottle represents the graceful, soft, yet dignified figure of the crane. It is the pinnacle of Nikka’s blended products. It is sold only at Yoichi Distillery and Miyagikyo Distillery.

The Yoichi Distillery in Hokkaido is known as the Scotland of Japan. The distillery was established in 1934 by Masataka Taketsuru, aka Masan, whose predecessor, Dainippon Fruit Juice Co. Masataka Taketsuru believed that a place similar to Scotland Cool and humid climate, rich water source and clear air Masataka Taketsuru chose Yoichi, located at the base of the Shakotan Peninsula, west of Otaru, from among various candidate sites. Masataka Taketsuru’s goal for his first distillery was to create a heavy and powerful malt whisky. He was determined to replicate the whisky-making methods he had learned at the distilleries of Scotland, without compromise. The symbol of this dedication is the “Straight head type pot still” The symbol of this dedication is the use of “direct coal fire distillation” . The result is a heavy, fragrant, heavily peaty raw material that produces a unique single malt with the aroma of peat and a touch of saltiness. This distillation method is based on the method used at Longmorn Distillery, where Taketsuru himself studied. If it is necessary to make real whisky, we will protect it even if it is inefficient. Such passion, which can be said to be the origin of Nikka Whisky, and Masataka Taketsuru’s dream have been handed down to this day.

It has been about 30 years since the first distillery was started in Yoichi, Hokkaido. Masataka Taketsuru, who believed that “whisky becomes richer and more flavorful when it is blended with raw materials from different distilleries” ,desperately needed a second distillery. Taketsuru chose Miyagikyo in Sendai, Miyagi Prefecture. It is a lush green gorge blessed with two clear streams, the Hirose River and the Shin River. When Taketsuru visited this place for the first time, he drank some of his Black Nikka in the clear water of the Shin River and confirmed the taste. It is said that he decided to build the distillery on the spot. The pride of the Miyagikyo Distillery is its “café-style continuous distiller” . At the time of its introduction, this distiller was already considered obsolete. Because it was an old-fashioned distillation machine, it was prone to leaving behind miscellaneous flavors, but Taketsuru chose to use this old-fashioned distillation machine because the technology could transform them into the original aroma and sweetness of the ingredients. At the Miyagikyo Distillery, people who have inherited Taketsuru’s passion are still continuing to make various attempts to make whisky taste better. 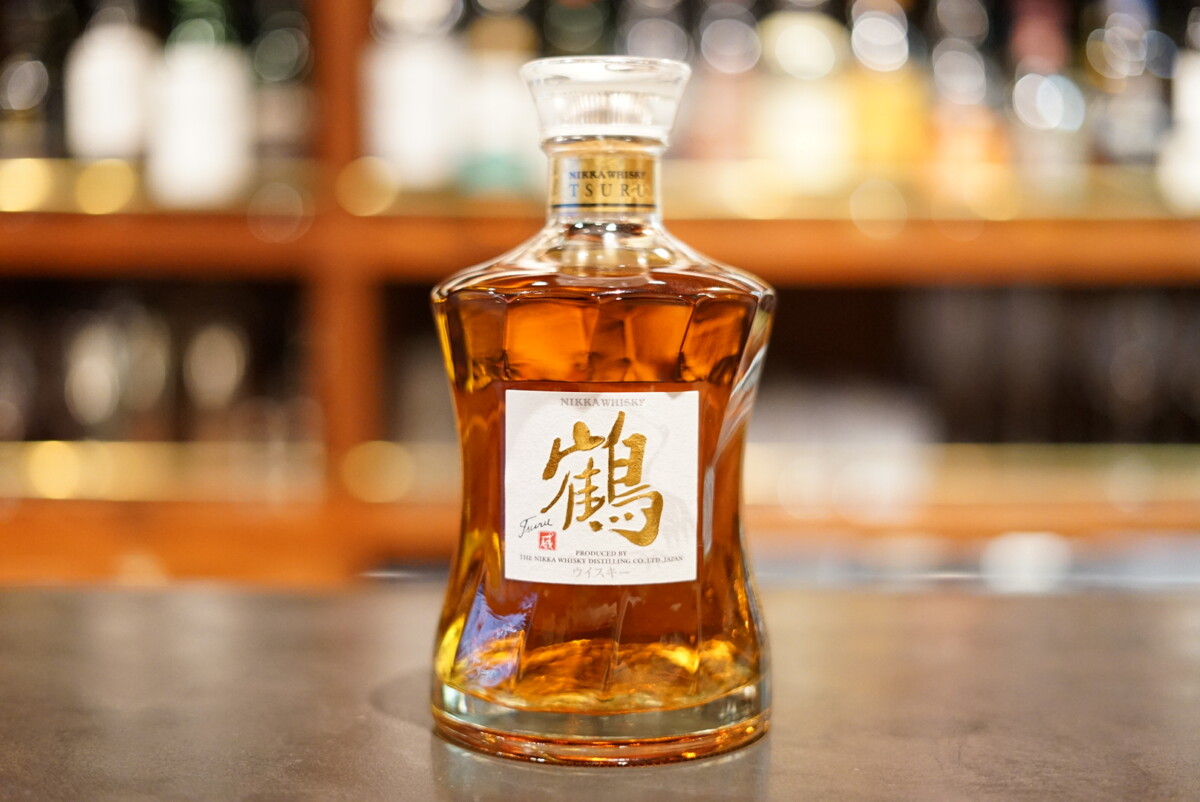 Details of the original spirit, maturing barrels and number of bottles sold are unknown.

The blender is different, indicating that the blend is different from that of “Tsuru 17 years” , which has been discontinued. There is a young impression of the original sake, and the aging and smoky flavors are suppressed. It features a small amount of young Yoichi sake, aged Miyagikyo sake and perhaps a sweetness from the café grain.

It tastes different from Tsuru 17 years, which is said to be the best Nikka blended, but there is no doubt that Tsuru Non-Age is also a very well-balanced bottle.

Resale price on Mercari is Around 12,500 yen to 18,000 yen TSURU has become (*As of December 23, 2021)
The selling price is a little higher than the regular price, but considering the transportation cost to go to Miyagikyo distillery and Yoichi distillery, it might be a good deal. Currently, it is sold in small quantities only at Yoichi Distillery and Miyagikyo Distillery. The blend and the original alcohol may be different from the “Tsuru 17 years” which has been discontinued, but both are definitely worthy of being called Nikka’s best blended beer.

As I mentioned above, the details of the raw alcohol and barrels used are unknown. My guess is that it is probably young Yoichi, aged Miyagikyo, and café grain. I had the impression that the youthfulness of the Yoichi, the aged Miyagikyo, and the Cafe Grain were a perfect match.

If you search for “crane” , you will get a hit for “Taketsuru” , so it is a bottle that is not well known. The availability of this whiskey is limited to distilleries, so there are probably very few people who have seen it.

It is a whiskey with a very high level of perfection, and I hope that many people will learn about it and try it.

I’m sure you’ll agree with me.