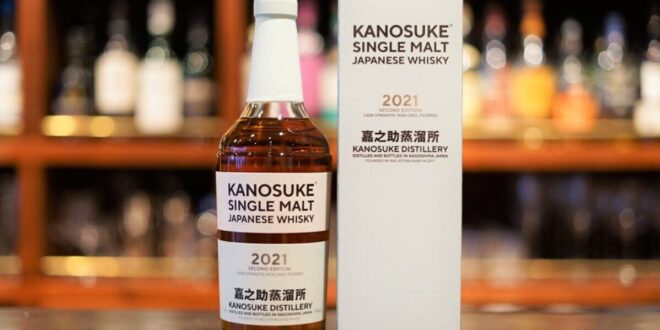 In order to embody the Kanosuke Distillery’s concept of “MELLOW LAND, MELLOW WHISKY”, the original three pot stills (copper distillers) are used to make the raw spirit, which is then aged in various oak barrels for three years before being mulled.

As with the previous First Edition Non-peated malt As with the first edition of the previous product, we used multiple barrels vatted together, with the key being the raw material aged in bourbon barrels.
It was distilled and aged at the Kanosuke Distillery in 2018. Single malt Japanese whiskey In addition, the new product will be available in a variety of styles.

In addition, this product is described as a “single malt Japanese whiskey” in the product description. Voluntary standards for Japanese whiskey established by the Japan Western Brewers Association The distillery is located in Kagoshima prefecture, Japan.

The Kanosuke distillery stands on a site of about 9,000 square meters along Fukiage beach on the west coast of Kagoshima Prefecture.
In addition to the distillation facilities, the U-shaped, two-story main building has a bar with a great view and a store selling original goods.
The main features of the distillery are The distillery is equipped with three pot stills (large, medium and small). The main feature of the distillery is that it has three distilleries. The distillery has a capacity of 6000 liters, 3000 liters, and 1600 liters respectively.
In the world, craft distilleries (small distilleries) usually have two units. Whiskey is usually distilled twice, and by using pot stills with different neck shapes and upper line arm angles during the second distillation (redistillation), the aroma and flavor of the raw material can be changed more richly.
Fukiage beach, where the distillery stands, is one of the three largest sand dunes in Japan and has been selected as one of the 100 best beaches in Japan. The beach is about 47 km long from north to south, and the strong wind rises from the surface of the sea, and the area around the distillery is covered in white mist from the fine spray from the sea. It is a place with a wide range of temperatures, with hot summers and cold winters, where it is not unusual for the temperature to drop to around 0°C and snow to fall. 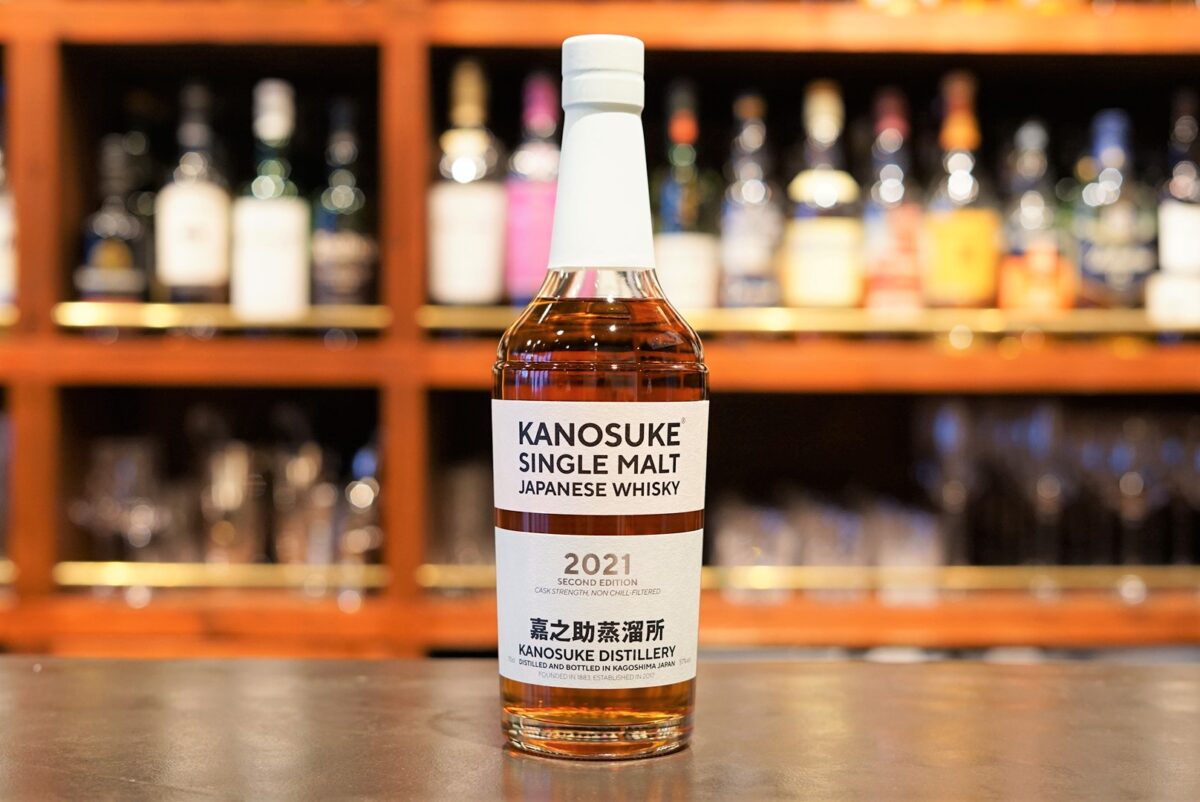 The second single malt Japanese whiskey from the Kanosuke distillery.
Single Malt KANOSUKE 2021 SECOND EDITION is a single malt Japanese whiskey produced at the Kanosuke Distillery in 2018. It is made from non-peated malt and matured in bourbon barrels, with multiple barrels vatted and bottled at cask strength.
The sea breeze that blows through the Kanosuke distillery gets colder every day, and the whiskey spends its time maturing gently.
Please enjoy the elegant sweetness and bitterness that is matured in the gentle sea breeze. (From the manufacturer’s website) 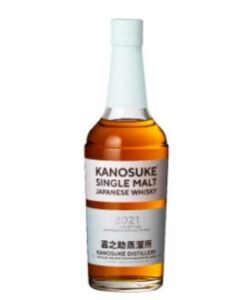 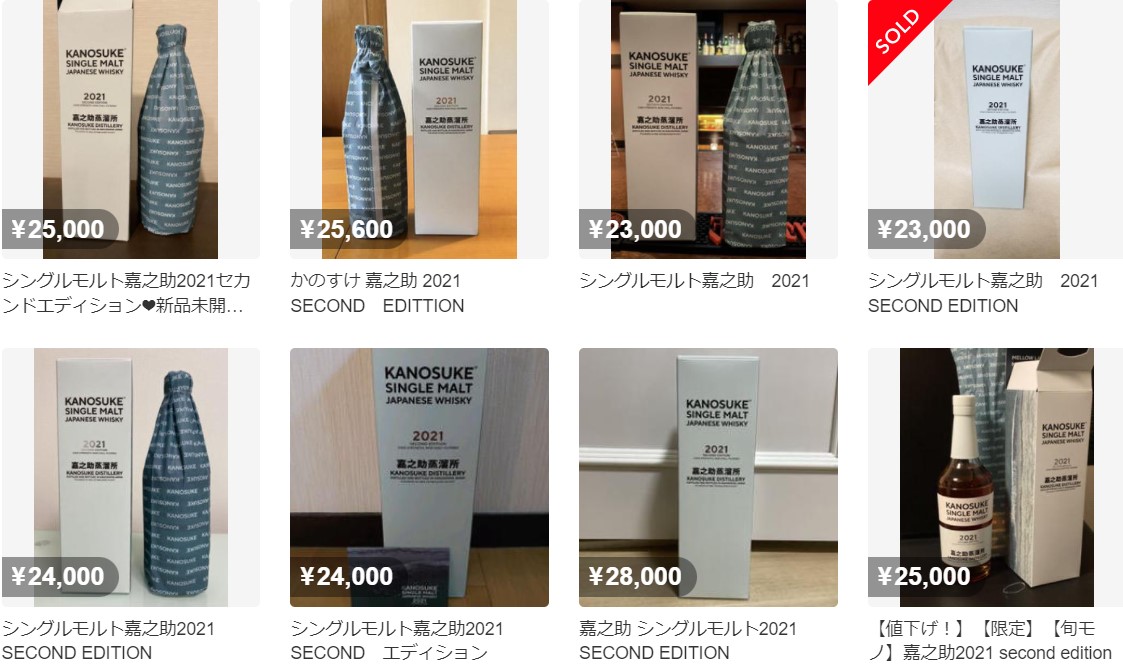 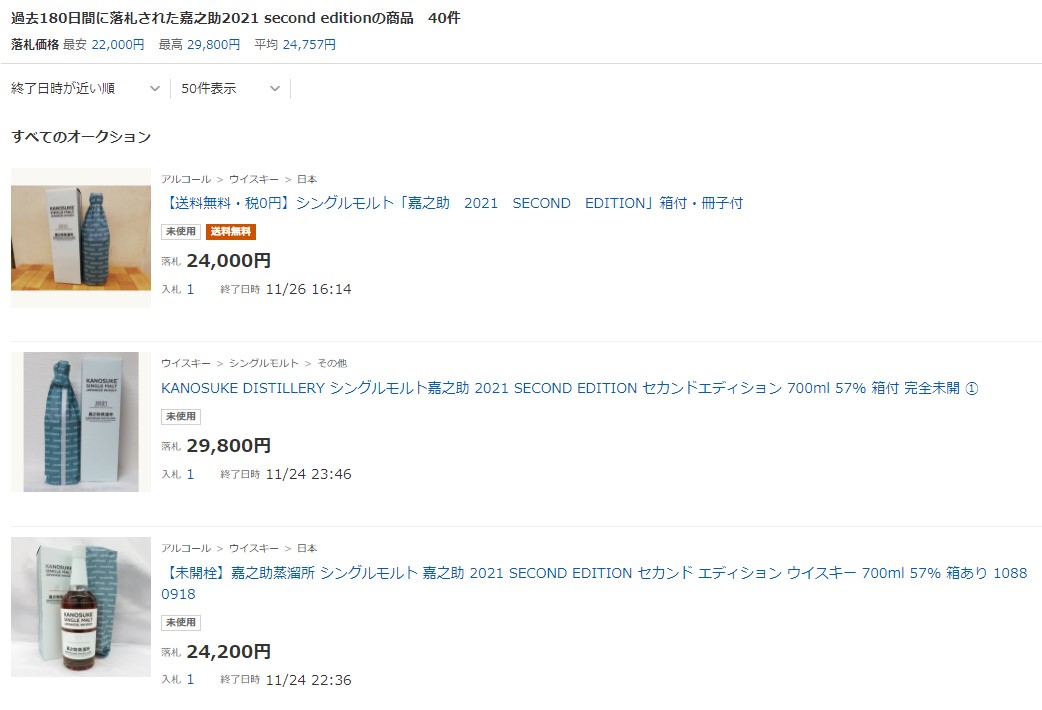 Although it seems to be a little stiff and violent immediately after opening the bottle, it gradually opens up as time passes. After adding a very small amount of water, the aroma regains its composure and changes to a clean and crisp mouthfeel. The impression changes drastically. As with the First Edition, this whisky has been highly praised by whisky lovers since its release.

■Please check out the other articles about Kanosuke.