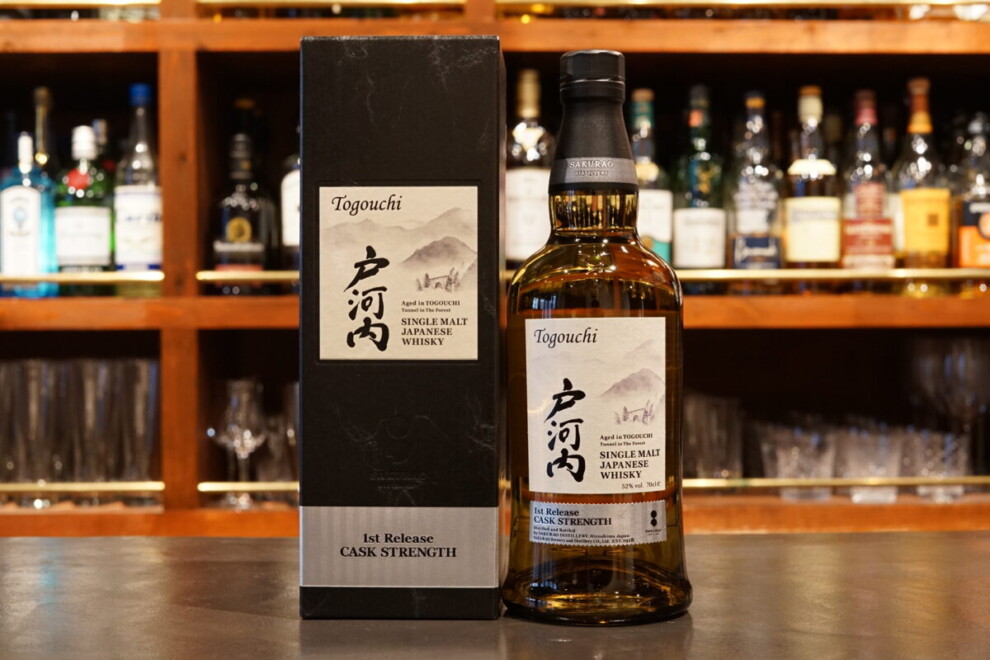 SAKURAO DISTILLERY was born in Hatsukaichi City, Hiroshima Prefecture, known as the town of Itsukushima Shrine, a World Heritage Site. Operations began in January 2018.
Ltd. (formerly known as Chugoku Jozo Co., Ltd.), famous for its SAKURAO GIN, started the project in 2015 as part of its 100th anniversary.

The TOGOUCHI Whisky that has been sold up to now was mainly produced for overseas markets and was a blended whisky with some imported raw materials, but the current Single Malt Whisky TOGOUCHI is the first single malt release of TOGOUCHI Whisky.

Most of the products are shipped to restaurants, hotels, bars, and other business establishments, and the number distributed to retailers for general consumers is quite small.

In addition, this product is labeled ” JAPANESE WHISKY ” in the product name. This has an important meaning: the voluntary standards for Japanese whiskey established recently by the Japan Sake Brewers Associationn came into effect on April 1, and the label indicates that the product complies with them.

SAKURAO Brewery and Distillery Co., Ltd. in Hiroshima Prefecture is a long-established brewery founded in 1918.
In fact, the company has a deep history in whiskey making, and was engaged in the production and sale of malt whiskey from 1938 to 1989. At that time, the distilled whiskey was stored in a storage facility in TOGOUCHI, which was built in a trial tunnel for the JR West railroad.
In 2008, we started selling ” TOGOUCHI Whiskey,” which is made by blending the raw liquor stored in the TOGOUCHI storage facility with imported raw liquor. (90% of the whiskey is exported to Europe.)

In December 2017, as a project to celebrate the 100th anniversary of the company’s operation, new equipment was installed to produce high-quality single malt whiskey, and a craft distillery from Hiroshima called SAKURAO DISTILLERY was built. 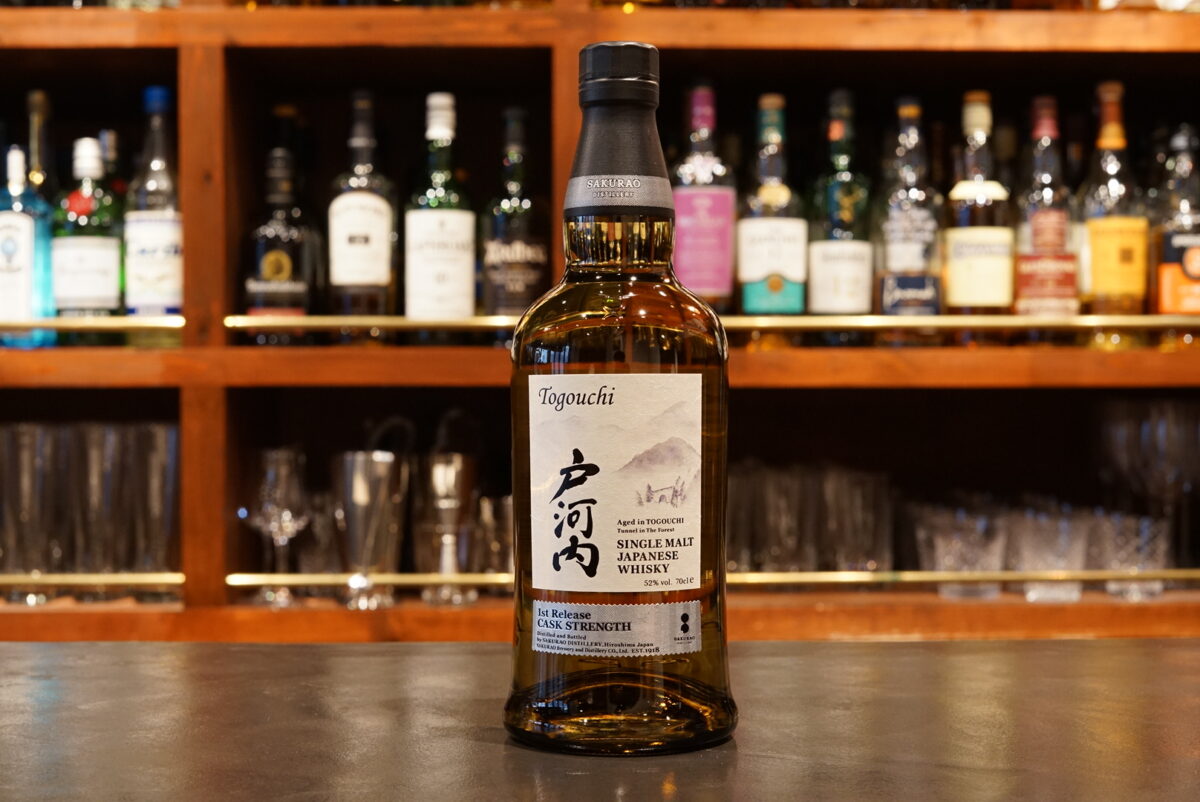 Refined whiskey matured in a tunnel in a cool environment deep in the mountains.

The most distinctive feature of TOHGOUCHI is the aging room. A former railroad tunnel in TOGOUCHI, Akiota Town, is used as the aging room. The tunnel is about 800 meters long, and cool breezes pass through it all year round, keeping the temperature and humidity constant throughout the year. The dimly lit maturation cellar is said to be the best place for maturing whiskey and was used before the distillery was established. The malt distilled at the Sakurao Distillery is quietly matured in the casks, which are filled with the scent of fresh greenery, and is bottled at cask strength after 3 years of maturation.

A taste that deepens over time in the mountains of Hiroshima
The town of Togouchi in Akiota-cho stands out for the beauty of its scenery and the colors created by its rich forests and clear streams, including the highest mountain in the prefecture, Oraharayama, Fukairiyama, and the national special scenic beauty of Sandankyo.
In this mountainous area, a tunnel that was once used for railroads is now used as the Togouchi storage facility.
In the dark storage room, where the temperature is kept cool throughout the four seasons, the malt liquor distilled at Sakurao Distillery is quietly maturing in barrels filled with the scent of fresh greenery.
The aroma is reminiscent of fresh apples, sweet marmalade and apricots, with a soft sweetness, smooth mouthfeel and a refreshing, gentle finish.
Aged in the Togouchi cellar, surrounded by lush forests and clear streams.
The aroma and flavor are slowly refined in the storage room where cool breezes pass through all year round.

Quote: From Hiroshima to the world with tradition and innovation: Simultaneous release of “Sakura-o” and “Togouchi” single malt whiskeys from the sea and mountains｜prtimes.jp Togouchi’s maturation cellar is located 800 meters above sea level in the mountains, and the whiskey is filled with the fresh air of the mountains. The taste is also completely different from the single malt whiskey Sakura-o released at the same time, fruity, estery, sweet and light.
Even though the barrels used for maturation and the location of the maturation cellar are different between “Single Malt Sakao” and “Single Malt Togouchi”, they are so distinct that it is hard to believe that they were distilled at the same distillery.

■Please check out the other articles on the Sakurao distillery.

If you would like to learn more about Japanese whisky, which is a worldwide trend, we highly recommend these books.