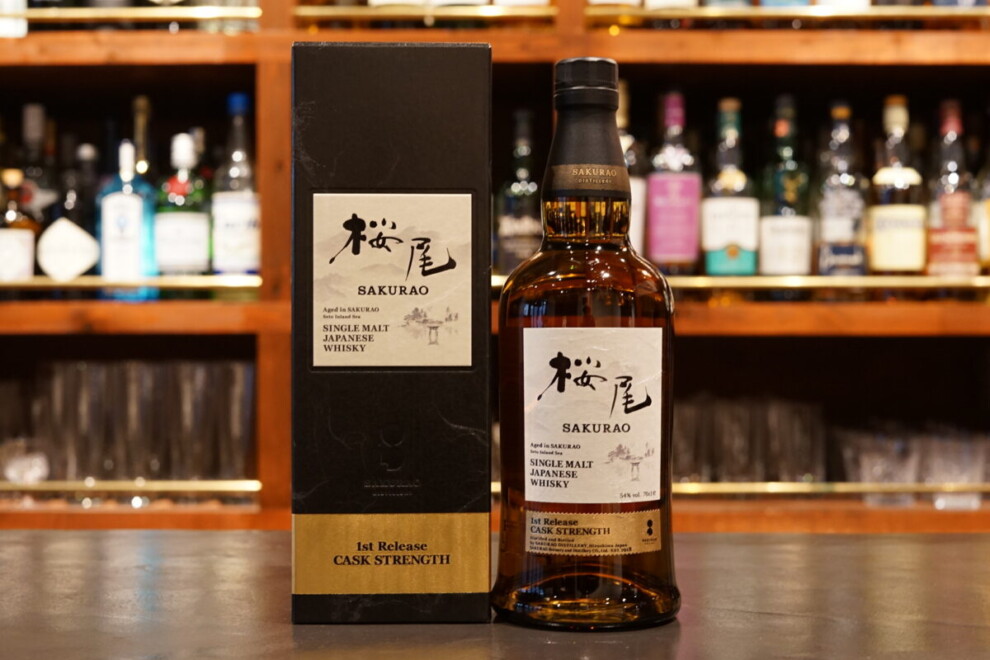 SAKURAO DISTILLERY was established in Hatsukaichi City, Hiroshima Prefecture, known as the town of Itsukushima Shrine, a World Heritage Site, and started operations in January 2018.
Ltd. (formerly known as Chugoku Jozo Co., Ltd.), famous for its SAKURAO GIN, began the project in 2015 as part of its 100th anniversary.
To date, the only whiskey sold has been under the name “Togouchi”, and this is the first release of a whiskey with the name “Sakurao”.
Most of the whiskeys are shipped to restaurants, hotels, bars, and other business establishments, and the number distributed to retailers for general consumers is quite small.

In addition, this product is labeled ” JAPANESE WHISKY ” in the product name. This has an important meaning: the voluntary standards for Japanese whiskey established recently by the Japan Sake Brewers Association came into effect on April 1, and the label indicates that the product complies with them.

Sakurao Brewery and Distillery Co., Ltd. in Hiroshima Prefecture is a long-established brewery founded in 1918.
In fact, the company has a deep history in whiskey making, and was engaged in the production and sale of malt whiskey from 1938 to 1989. At that time, the distilled whiskey was stored in a storage facility in Togouchi, which was built in a trial tunnel for the JR West railroad.
In 2008, we started selling ” Togouchi Whiskey ” which is made by blending the raw liquor stored in the Togouchi storage facility with imported raw liquor. (90% of the whiskey is exported to Europe.)

In December 2017, as a project to celebrate the 100th anniversary of the company’s operation, new equipment was installed to produce high-quality single malt whiskey, and a craft distillery from Hiroshima called SAKURAO DISTILLERY was built. 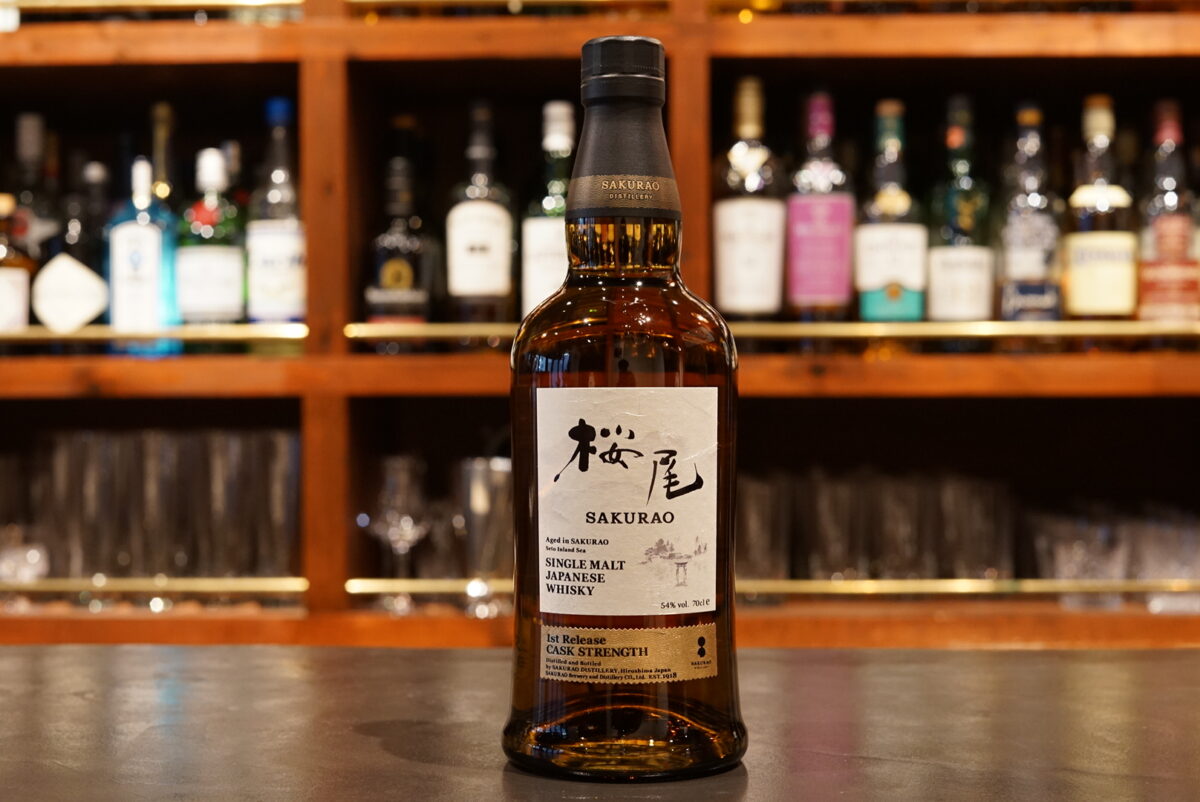 Characterized by a woody and smoky flavor with a gentle scent of the Seto Inland Sea.

Bottled at cask strength after 3 years maturation in the maturation cellar on the premises of Sakurao Distillery.
The maturation cellar is located on the sea side, and the matured barrels have a faint aroma of the gentle tide of the Seto Inland Sea. It has a long-lasting woody aroma and a strong peaty flavor. It has a deep flavor with a rich sweetness.

A taste refined by the Seto Inland Sea and wind
The Sakurao Distillery is located in Hatsukaichi City, with the Seto Inland Sea to the south and the Chugoku Mountains to the north. The distillery’s Sakurao cellar receives warm breezes from the sea and cool breezes from the mountains, creating a large temperature difference throughout the year. This temperature difference speeds up the maturation of the whiskey. Also, because the cellar is located on the ocean side, the mild scent of the Seto Inland Sea lingers in the aging barrels. The sweet and smoky aroma of ripe grapes, oranges, bitter chocolate, and vanilla is appealing. It is also harmonious with subtle spiciness and moderate astringency. You will enjoy the long-lasting woody and smoky aroma and the rich sweetness.
Matured in a storage facility in Sakurao, the place where the company was founded.
The barrels in which the malt liquor is stored have a subtle hint of the tide coming from the Seto Inland Sea, which is located not far from the cellar.

Quote: From Hiroshima to the World with Tradition and Innovation: Simultaneous Release of Sea and Mountain Single Malt Whisky “Sakura-o” and “Togouchi”｜prtimes.jp Sakurao’s maturing cellar is located by the sea. The salty taste reminiscent of the sea is impressive. It also has a rich chocolate-like sweetness, which combined with the spicy taste makes it a complex flavor.
It will be interesting to see how this first release as a Japanese whisky will be received in the future.

■Please check out the other articles on the Sakurao Distillery.

If you would like to learn more about Japanese whisky, which is a global trend, we highly recommend these books.

The Gaiaflow Shizuoka Distillery began producing whisky in October 2016. Applications for the 2017 private …