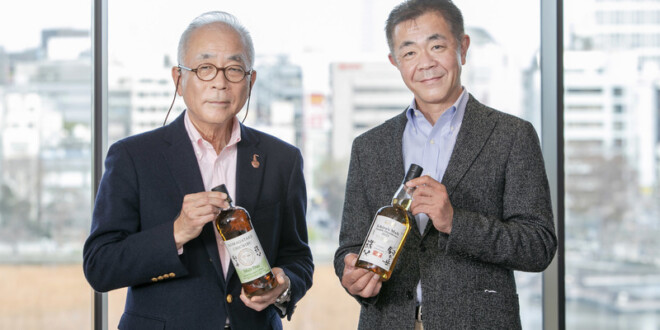 Honbo Shuzo and Ichirose Malt (Venture Whisky) have announced that they will be releasing a blended malts whisky using swapped stocks as a jointly planned whisky in late April.
Last month, on the 30th of March, the launch of a new product from the Saburomaru Distillery x Nagahama Distillery by swapping stocks was also just a hot topic within the Japanese whisky industry.
This time, the Komagatake x Chichibu blended malt was a joint project that had been underway since 2015, six years ago, and was a new experiment after many years. The exchange stocks is an initiative that defies the conventional wisdom of Japanese whisky. A new chapter in the history of Japanese whisky has been written.

About this swapping stocks

Ichiro’s Malt and Mars Whisky started this project in the hope that the custom of exchanging stocks, which is common in Scotland, the birthplace of whisky, could be realized in Japan.
In April 2015, they exchanged stocks (new spirit) made at each distillery before maturation, and have been maturing it in our respective environments. Even though the basic process of making whisky is the same, each distillery has its own particularities and its own way of making whisky, which results in different quality of whisky. In addition, the different maturation environments at each distillery result in a wide range of different types of whisky.

This is the first time in Japan that blended malt has been commercialized by exchanging the stocks of the new spirit state.

Through this joint project, the two companies have been able to exchange and mature the raw materials at the new pot stage, thus broadening the range of expressions available to the brewers and increasing the variety of the stocks available. In addition, the exchange of experience during the maturation process helps to improve the skills of the blenders and the brewers. We have a deep understanding of the characteristics of each other’s whiskies, and it is the combination of the two whiskies that allows us to express our tastes. The quality of the whiskies is such that both companies can rely on each other to deliver the ideal taste.

The difference when compared to the Sabromaru x Nagahama swapping stocks

In the case of the recent Saburomaru x Nagahama, the products were made by exchanging stocks in its matured state and batting it against each other’s malts.” The term “swapping stocks ” is the same, but the details of the initiatives are very different.

The following is a description of how the Saburomaru Distillery x Nagahama Distillery joint project, launched on 30 March, creates blended malts through the exchange stocks

The following is a description of how the Komagatake x Chichibu blended malt will be made through the exchange of stocks for the joint project to be launched at the end of April. 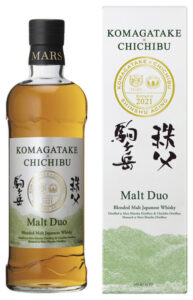 As a result of this joint project, the product to be released from the Honbo Shuzo Mars Whisky side is MARS WHISKY Malt Duo KOMAGATAKE x CHICHIBU 2021.

Read more about the product here. 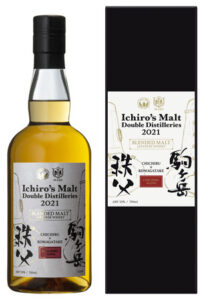 As a result of this joint project, the product to be released from the Venture Whisky Ichiro’s malt side is Ichiro’s Malt Double Distilleries CHICHIBU  ×KOMAGADAKE 2021.

The Chichibu distillery is surrounded by the natural beauty of the Chichibu basin and the Arakawa river, and the Mars Shinshu distillery is surrounded by the beautiful forest at the foot of Mount Komagatake in the Central Alps. After maturing in these two environments, the stocks are blended in each place and expressed as two new characteristics. We invite you to discover the many possibilities of Japanese whisky.

Release information on the release of “Single Malt Kanosuke” from Komasa Kanosuke Distillery Co. The …