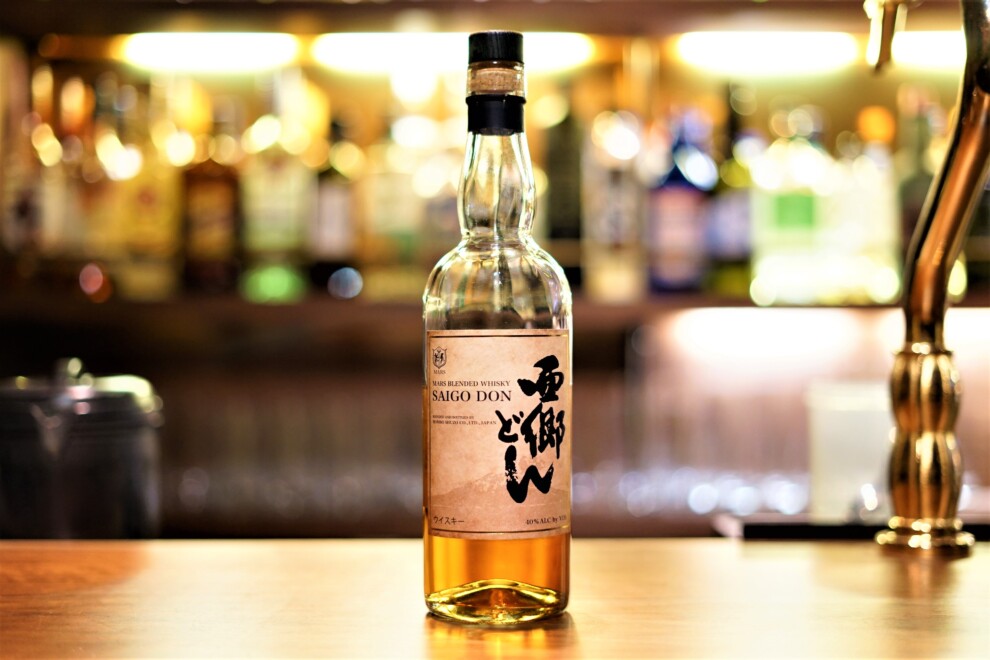 In 2018,  “Saigodon” was created by Hombo Shuzo to commemorate the 150th anniversary of the Meiji Restoration.
For copyright reasons, it is read straight as “Saigodon” instead of “Segodon” .
Kiichiro Iwai, the creator of Mars Whiskey, was born in the Meiji era and now has a distillery in Kagoshima Prefecture, and with the popularity of the TV drama, it was the perfect opportunity for Hombo Shuzo to create Saigodon.
What kind of taste does the whiskey named after the Kagoshima hero Takamori Saigou have?

Tsunuki , Kaseda, Minami-Satsuma City. It is located in the southwest of the Satsuma Peninsula in a mountainous area full of greenery. Mars Tsunuki Distillery, the southernmost whisky distillery on the mainland This is the place where the great man of the Meiji Restoration, Nishio, was born. 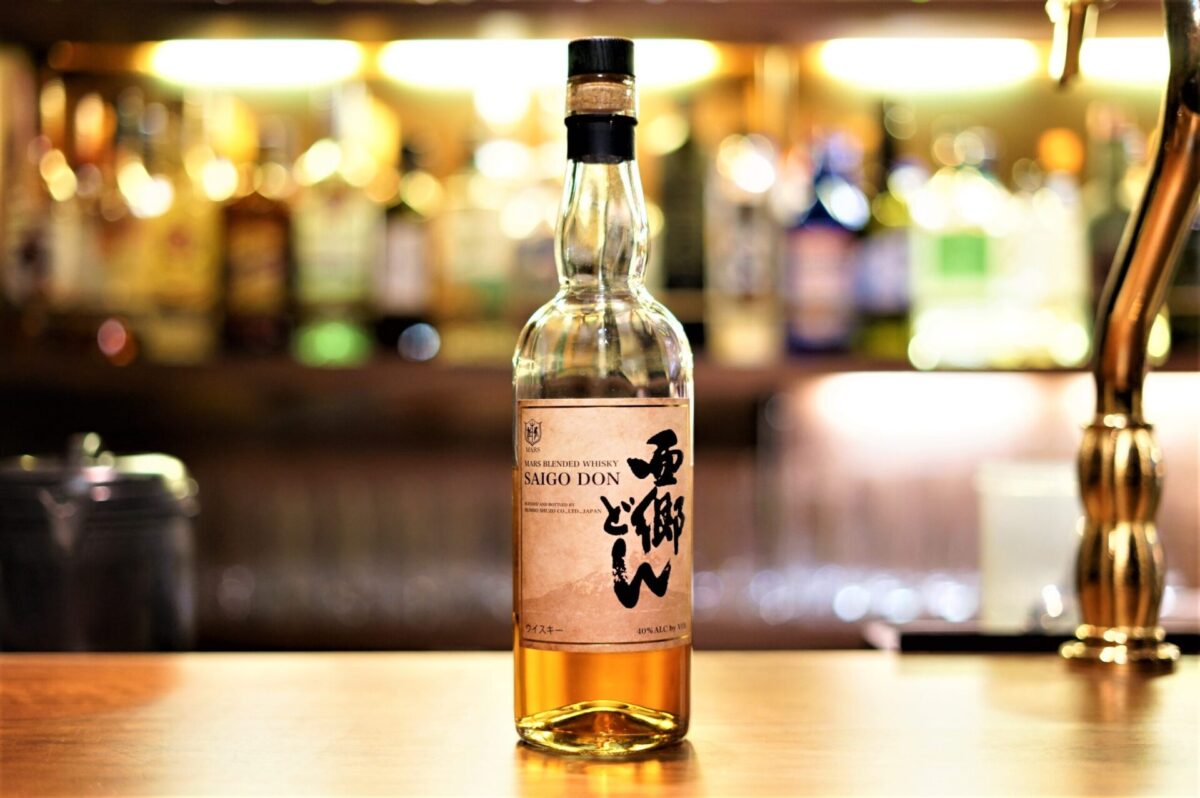 This blended whiskey was created by the blender of Mars Tsunuki distillery with the image of Takamori Saigo, a hero of the Meiji Restoration. The result is a whiskey with a soft taste and malt-derived strength, reminiscent of its large volume.
This is a limited time product only available in 2018 to commemorate the 150th anniversary of the Meiji Restoration in 2018.
The whiskey is said to have been created with Takamori Saigou in mind, and despite being blended, it is a robust and drinkable whiskey .
As stated on the official website, drinking it slightly watered or on the rocks will even out the flavor and make it more balanced and enjoyable.

Currently no awards have been received. 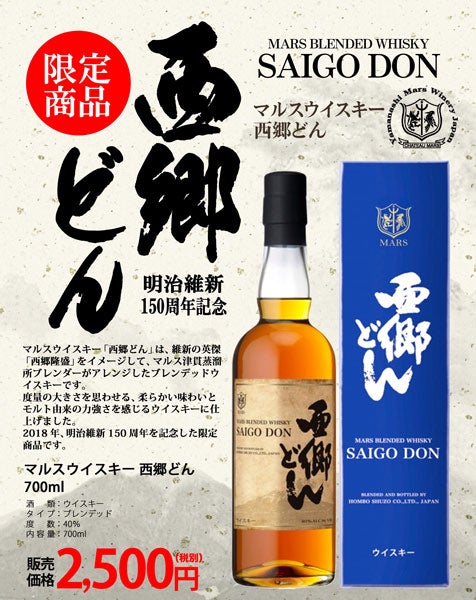 ) Bar Shinkai, which is operated by this site, offers it at

Mr. Masataka Taketsuru is said to be the father of Japanese whiskey, but if Mr. Kiichiro Iwai had not sent Mr. Taketsuru to Scotland, Japanese whiskey might not have developed as it has today.
After Mr. Iwai’s death, Hombo Shuzo released Iwai Tradition as a tribute to him, and many of their products are full of respect for their predecessors.
On the other hand, the company also offers a wide variety of products, such as hot spirits with habanero, Bontang candy liqueur, Japanese gin, and now “Saigodon” which is both pleasing to the eye and taste.
Hombo Shuzo is constantly absorbing new technology, knowledge, and culture, and I can’t help but feel that they are similar to the Ishin Shishi who dreamed of the dawn of Japan.

Please check out the other articles about Hombo Shuzo.