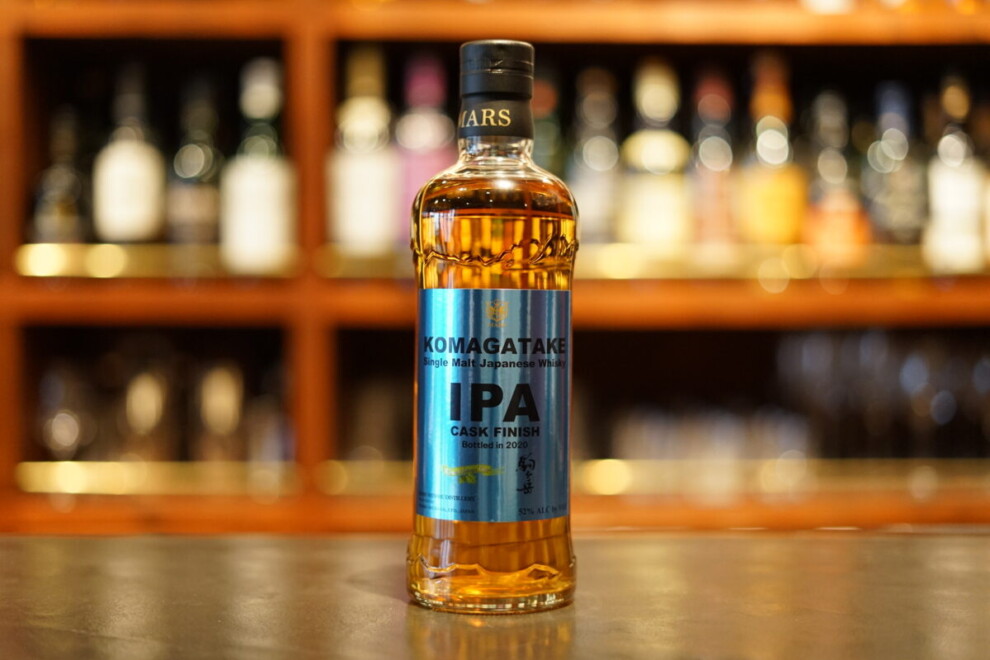 In September 2020, the distillery will be completely renovated for the first time in 35 years. The investment will be approximately 1.2 billion yen.
From May 2019, the whisky distillation building (including barrel storage) will be newly constructed for the purpose of renovating aging facilities, building barrel storage facilities with an eye to increasing whisky production, and observing whisky production, and the visitor building will be newly constructed for the purpose of selling original whisky and goods, and existing facilities and equipment will be renovated.
The new whisky distillery building has a total floor area of 1,996 square meters (including a barrel storage room that will hold approximately 2,500 barrels), and the visitor building has a floor area of 746 square meters.

The natural conditions for whisky production are extremely severe, including a cold climate with clean air, moderate humidity, and good water.
In 1985, in search of the best environment for whisky production, we opened the Mars Shinshu Distillery at an altitude of 798 meters at the foot of Mount Komagatake in the Central Alps of Nagano Prefecture.
Reference: Hombo Shuzo official website 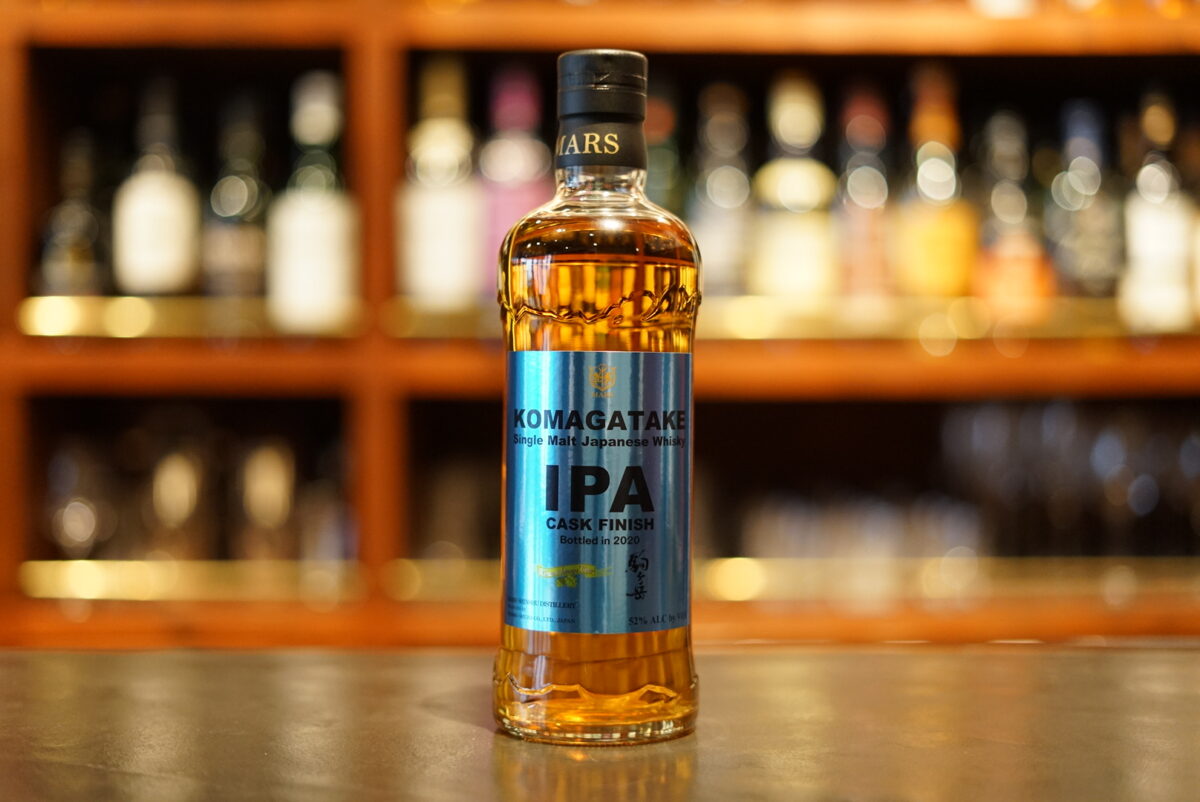 Refreshing hops and a bitter aftertaste, just like a beer. Finished with an empty barrel of Minami Shinshu Beer IPA.

Single Malt Komagatake IPA Cask Finish is a single malt whiskey finished in an empty cask that has been used to ferment India Pale Ale (IPA), a medium-dark beer brewed with an abundance of hops at Minami Shinshu Beer Komagatake Brewery. It has a light and refreshing citrus aroma, a clear sweetness reminiscent of grapefruit and oranges, and a crisp bitter aftertaste derived from IPA, making it a perfect match for a highball.
Reference: Hombo Shuzo official website 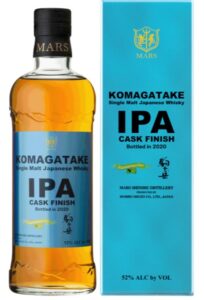 The limited number of 2,688 bottles is quite small, so you won’t find it sold at a fixed price on many sales sites or liquor stores. 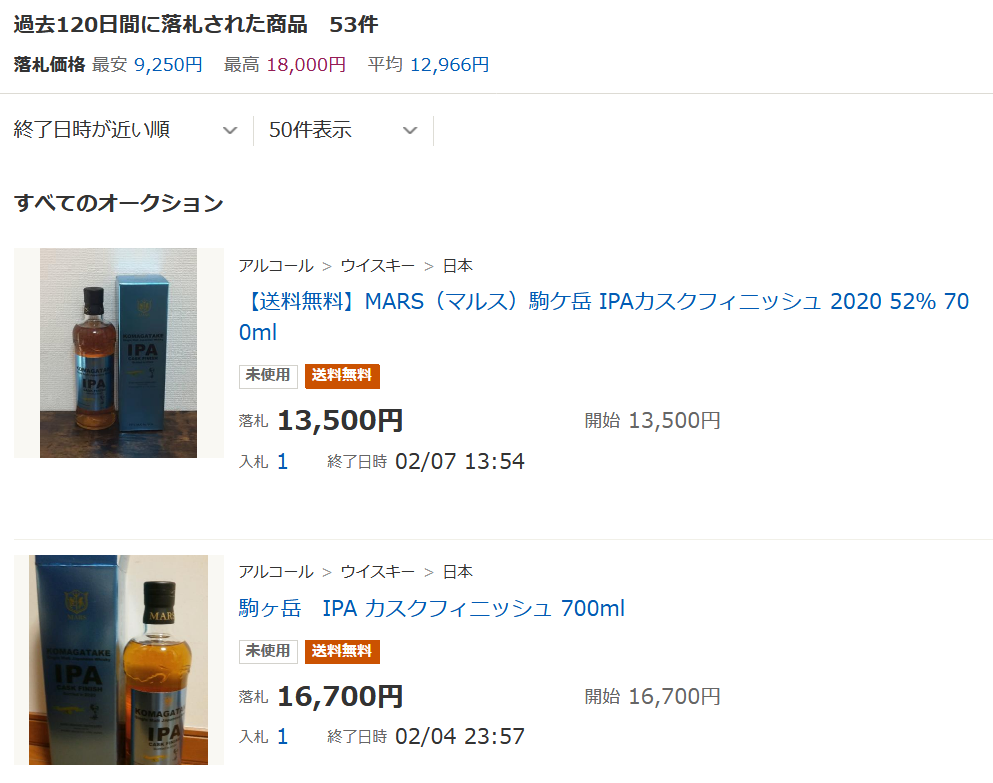 The barrels used for the finish are aged in the same barrels that were used to age Minami Shinshu Beer’s IPA, made at Minami Shinshu Beer Komagatake Brewery, located in the Mars Shinshu Distillery. Both beer and whiskey are produced in-house, and the end result is a successful fusion of the two. The same is true for the Iwai Wine Cask, where the whiskey is aged in empty barrels used for red wine from the Mars Yamanashi Winery, and it is wonderful to see that Hombo Shuzo has done everything in-house that other distilleries cannot do on their own.

The taste had more hops than I had expected. In a highball, it’s like beer! The carbonation, refreshing hoppiness, and bitterness are delicious. If you add water, the bitterness and oakiness come to the fore, and the IPA feeling gets stronger, but it’s never unpleasant and you can drink it with a good bitterness. Even if you are a whisky novice, if you like beer, you will be able to drink it without resistance.
It is a difficult whisky to buy in bottles because it is limited and the market is already sold out, but it is a whisky that you should definitely try when you see it at a bar.

If you see this whisky at a bar, be sure to check out the other articles about Hombo Shuzo and Single Malt Komagatake.