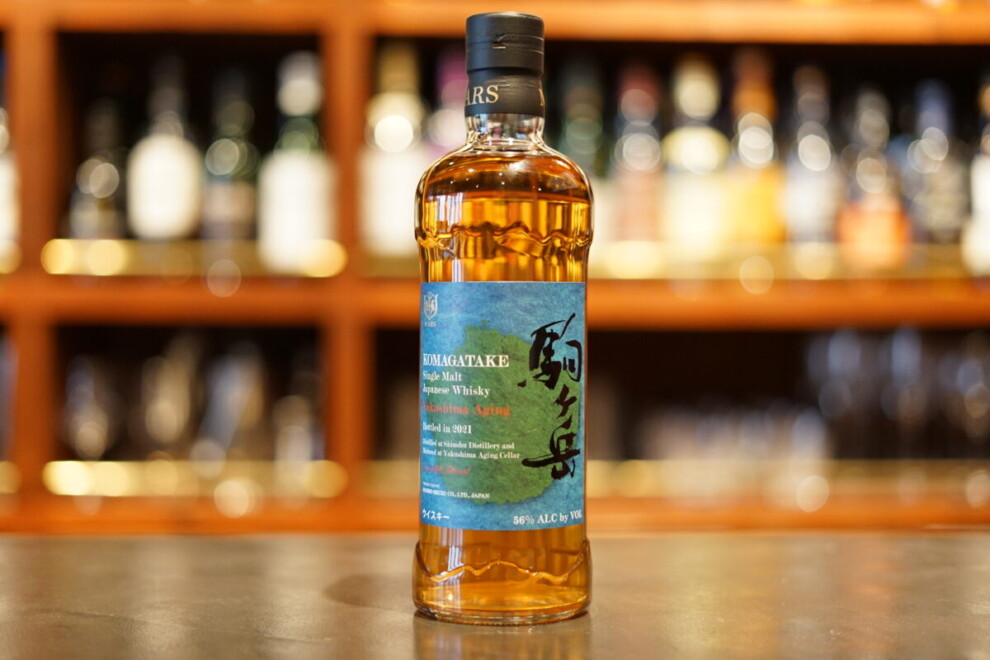 Single Malt Komagatake Yakushima Aging is a single malt whisky distilled at the Mars Shinshu Distillery and aged in the Yakushima Aging Cellar, which was newly established in June 2016 on Yakushima Island, a World Natural Heritage Site

For this fourth installment, we vatted mainly malt whiskey that had been aged in bourbon barrels for three to five years.
The malt is aged in Kyushu’s highest mountain, rich forests, beautiful ocean, clean water, and a cool and humid climate with lots of rain. Obviously, the maturation of the raw malt produced in such an environment progresses faster than in Shinshu, and the fruity and matured feeling comes out without waiting three years.
The distillation is done in Shinshu, and the aging is done in Yakushima. The sense of maturity achieved by this process can be said to be a symbol of the unique whiskey making process of Hombo Shuzo. 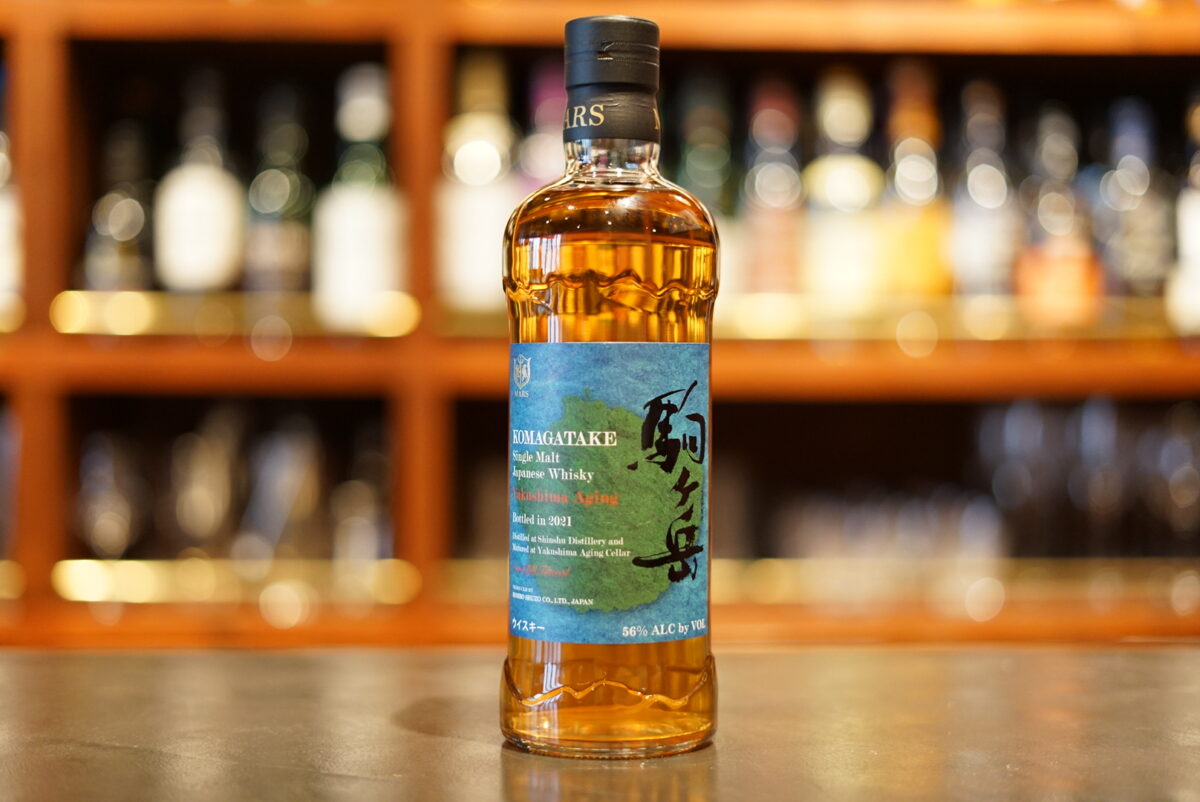 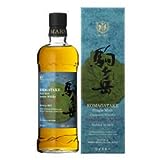 Mainly malt liquor aged in bourbon barrels for 3 to 5 years. 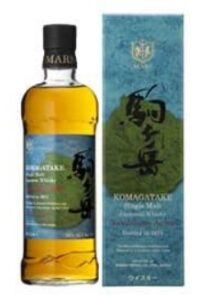 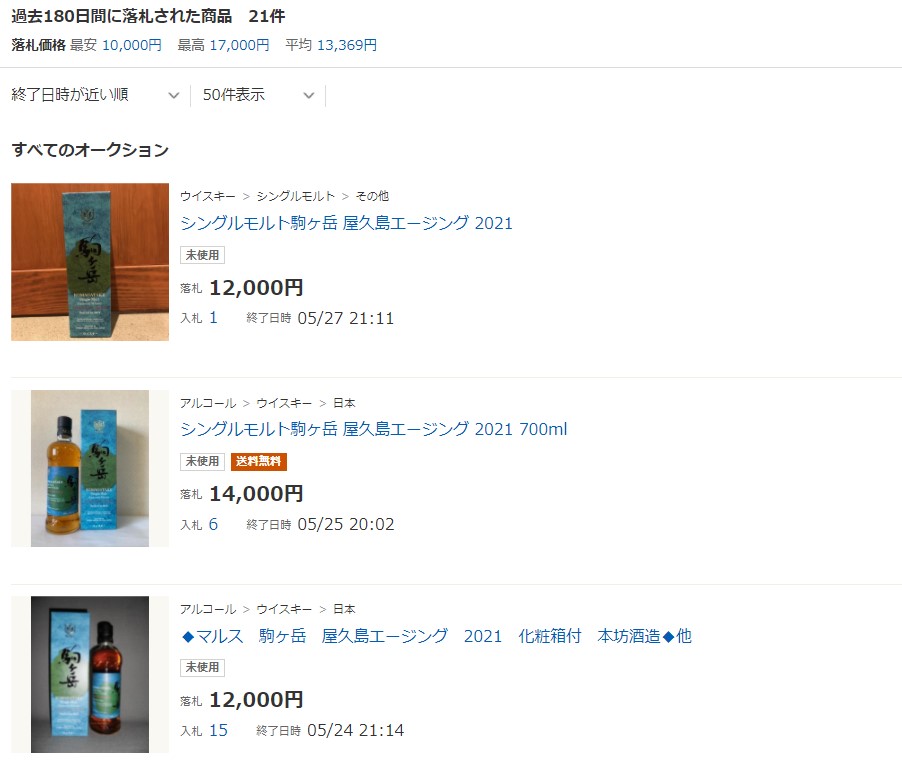 The freshly poured scent didn’t seem very sweet, but when I smelled it after a little while, it stood out with a sweet aroma all at once.
The moment I put it in my mouth, I can feel the sweetness in the forefront, but gradually the smoky smokiness comes out. It’s not a rough, tidal peat like Islay, but more of a mature, earthy, smoky smoky flavor.
The sweetness of the bourbon barrel and the fruity sweetness are intricately intertwined, and the smoky flavor finishes it off.
Although the alcohol content is 56%, it is not that strong, and it is easy to drink with the impression that the whiskey gradually disappears with the sweetness on the tongue.
If you add a little bit of water, the sweetness hides a little bit and the smoky flavor rushes in at once, but it’s not too strong and the peat is just right, so you won’t feel anything bad at all.
However, the peat is not too strong, so it is not unpleasant at all. If you want to drink the sweetness slowly and for a long time, I recommend drinking it straight or on the rocks.
If you want to feel the smoky flavor, try drinking it with a little water or soda.

Speaking of Hombo Shuzo, the Mars Shinshu Distillery is famous for its blended whiskey “Iwai Tradition” and single malt “Komagatake” , but recently the company has been releasing whiskeys from the Tsunuki Distillery one after another, such as “Tsunuki The First” and “Tsunuki Peated” . The distillery has been producing high quality Japanese whiskeys.
Hombo Shuzo has two distilleries and three cellars. This is one of the strengths of Hombo Shuzo, which has two distilleries and three cellars, and is characterized by the fact that the taste of the whisky differs depending on whether it is aged in Shinshu or Yakushima, even if it is distilled at the same time under a special environment like the Yakushima Aging Cellar.

Both the Mars Shinshu Distillery and the Mars Tsunuki Distillery are currently open for distillery tours, although there are some restrictions, so if you are interested, why not visit them?

Please check out the other articles about “Honbo Shuzo Single Malt Komagatake” .