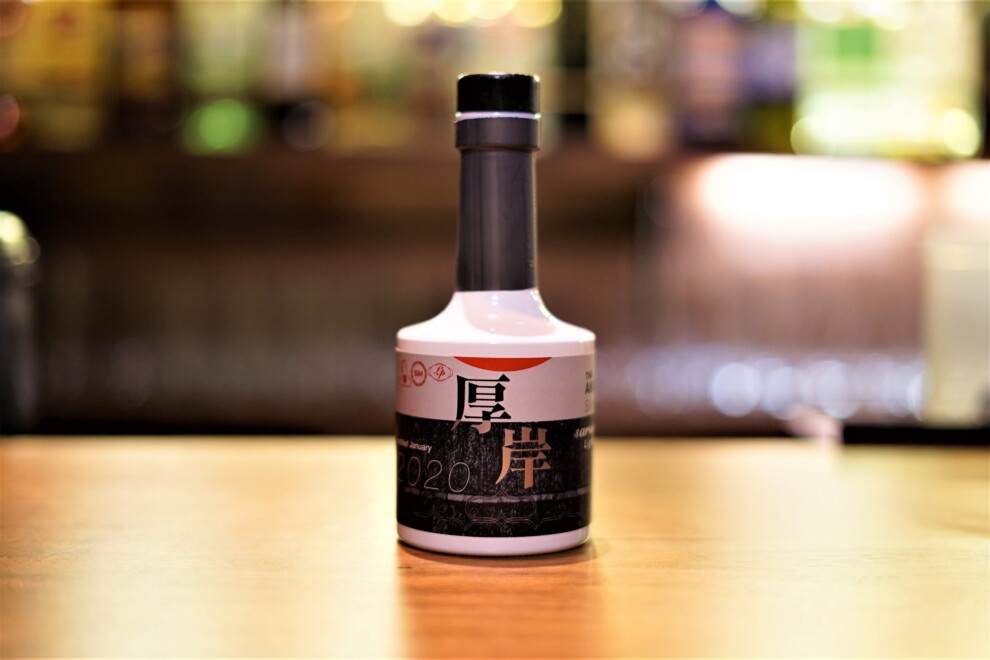 This is the fifth release from Akkeshi Distillery. We’ve released four new make-ups that have been aged in barrels for up to 30 months, and we’ve finally reached three years of maturation that allows us to call ourselves a whisky in Scotland. Three years after its establishment in the fall of 2016, the distillery’s first single malt whisky, ” Sarorun Kamui,” was finally released on February 27, 2020 (using only raw materials distilled between November and December 2016 and aged for over three years). The name “Sarorun Kamui” means “red-crowned crane” in the Ainu language, meaning “god in the swamp,” and it seems to refer to the environment suitable for whiskey making in the Akkeshi region. The bottle is also colored white and red to match this image. In addition, the company considers Akkeshi to be the “Islay of Japan”, and has been working on the development of a new whisky production system.

“The Akkeshi Distillery opened in October 2016 with the strong desire to “make whisky like Islay malt using traditional Scottish methods. A variety of equipment is required for whisky production, including pot stills (single-stage distillers) used for making malt whisky and mash tuns (saccharification tanks) for saccharifying malted barley.
The Akkeshi Distillery installed equipment made by Forsythe in Scotland in order to achieve its goal of “producing whisky like Islay malt using the traditional Scottish method. Forsythe’s craftsmen came to Japan to install the equipment.
Just like the whisky making process on the island of Islay, water that passes through a layer of peat is used for brewing water, and the whisky is matured day by day in Akkeshi, a place that is cool, moist, and exposed to the sea breeze.
The Akkeshi Distillery is the first whiskey distillery in Hokkaido in 80 years, following the Nikka Whisky Yoichi Distillery (Yoichi-cho, Goshi District).
The area around the distillery is located in the wilderness where Ezo deer can be seen, and the water of the Homakai River is filtered through a peat layer and has a brownish color like the water on the island of Islay.
The land also seems to be capable of producing homemade peat using peat containing seaweed and peat containing plants.
In addition, the land is suitable for the maturation of whisky, with temperature differences between summer and winter exceeding 20 degrees Celsius and falling below -20 degrees Celsius.
Kushiro Marsh is protected by the Ramsar Convention, but if you build a distillery in the marsh, it will sink, so the foundation of the building must be 20 meters high. 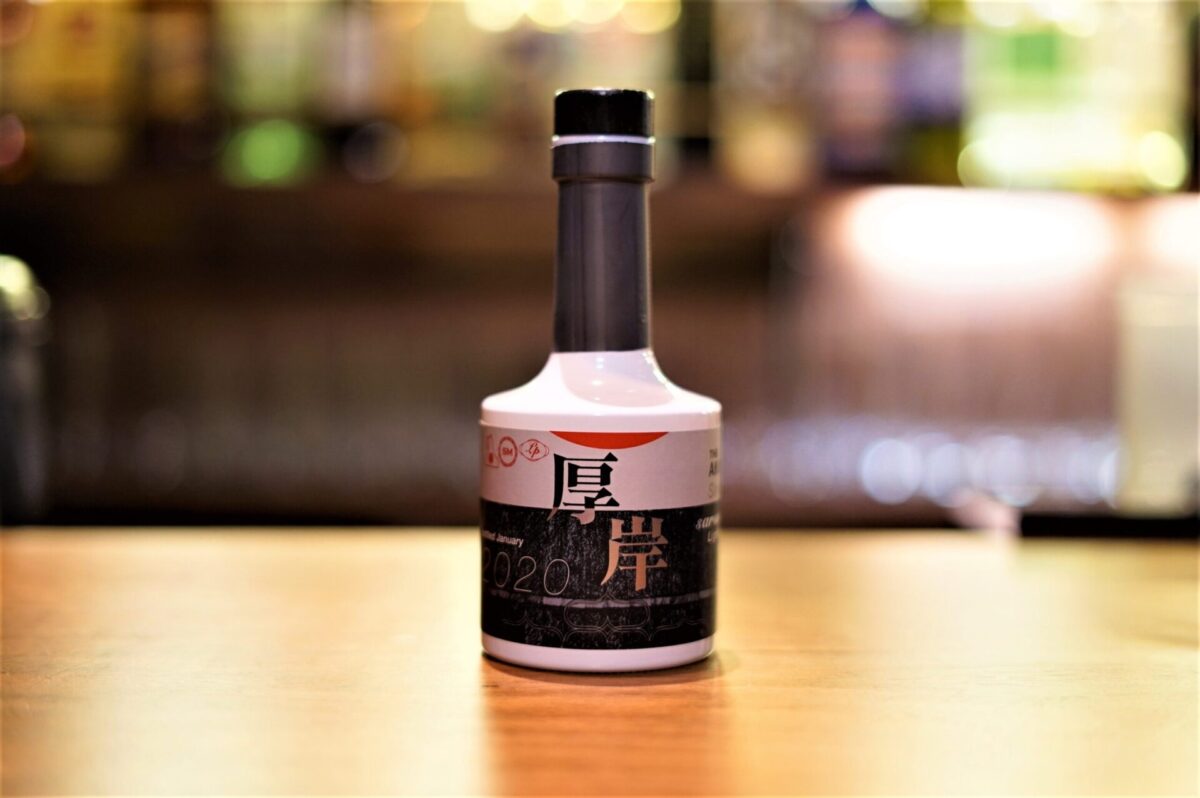 The culmination of three years of Newborn releases so far.
It is a blend of unpeated bourbon barrels, sherry barrels, red wine barrels and peated Quercus barrels. It has strawberry and chocolate flavors, peaty smoke, a hint of sweetness, and the distinctive Nikki-like crispness of Mizunara oak. It goes well with a wide range of foods, including seafood, meat, and chocolate, and can be enjoyed straight or with water or carbonation. 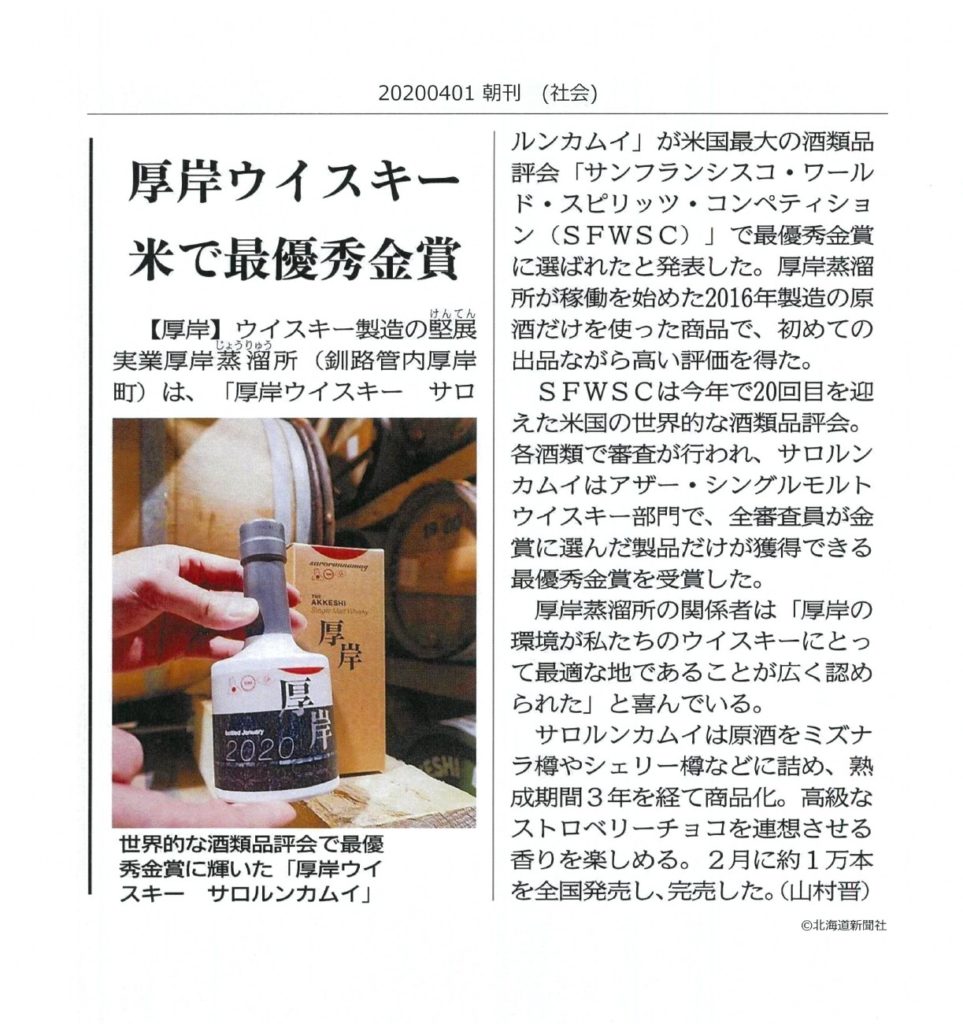 The contents of this single malt are aged for three years, so there is some youth in it. You can drink it straight, or add a little water, twist it up, or drink it on the rocks, as you like. If you take your time and drink it slowly, the aroma will blossom and you will enjoy it even more. It also goes well with oysters, a specialty of the town of Akkeshi, and if you add a few drops to raw oysters on the half shell, the flavors of both oysters and oysters will harmonize and you will enjoy the aroma of the sea. This way of enjoying oysters is also a familiar custom in Islay. Why don’t you try this luxury just like in the holy land of scotch?

Previously, the Akkeshi Newborn Series was shipped in smaller quantities, making it even more rare and valuable. If you are a whisky enthusiast, this is a gem that you must check out. A fourth maturation cellar is also under construction, and the distillery is aiming to become an all-star distillery with barley, peat, and Quercus oak barrels in the future, so it seems that there are still many interesting things to come.

Please check out the other articles about the Akkeshi Distillery.