This is the first release from Hokkaido’s Maoi Distillery (MAOI Co., Ltd.).

This is the first distilled whisky bottled as a new pot.

The first distilled whisky will be bottled as a new pot and released as “Metamorphosis “The Origin” Single Malt Newborn Whisky” in limited quantities of 1,500 bottles starting in late September. This will be the first commemorative bottle from the Maoi Distillery, made from 100% Hokkaido malt and brewed with groundwater from the hills of Maoi.
All bottles will be numbered and will be the one and only commemorative bottle in the world.

MAOI Distillery Club and Premium Members will be able to pre-order the product, and it will be sold exclusively at direct sales outlets and some retail stores.

The Maoi Distillery Club has an admission fee of 3,000 yen (tax included) and an annual membership fee of 12,000 yen. To apply for membership, please contact HERE

They are planning to offer membership benefits such as membership cards, pin badges and other goods, liquor twice a year, and exclusive events with limited sales, advance sales, and tastings.

The winery was established in March 2006 in the hills of Maoi in Naganuma Town, and at the time was said to be the smallest winery in Japan, producing mainly mountain grape varieties on 0.5 ha. In 2017, it was succeeded by Maoi Free Hill Winery. In the winter of 2021, the distillery will change its name to MAOI Corporation, and will offer everything from wine to distilled spirits as MAOI Distillery.

MAOI Distillery will change its name and brand from MAOI Jiyu no Oka Winery in May 2022. The distillery will install a 1,000L hybrid distiller made by Forsyth in Scotland and start producing brandy, fruit brandy, Hokkaido whisky, and Hokkaido corn whisky. 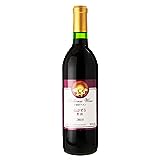