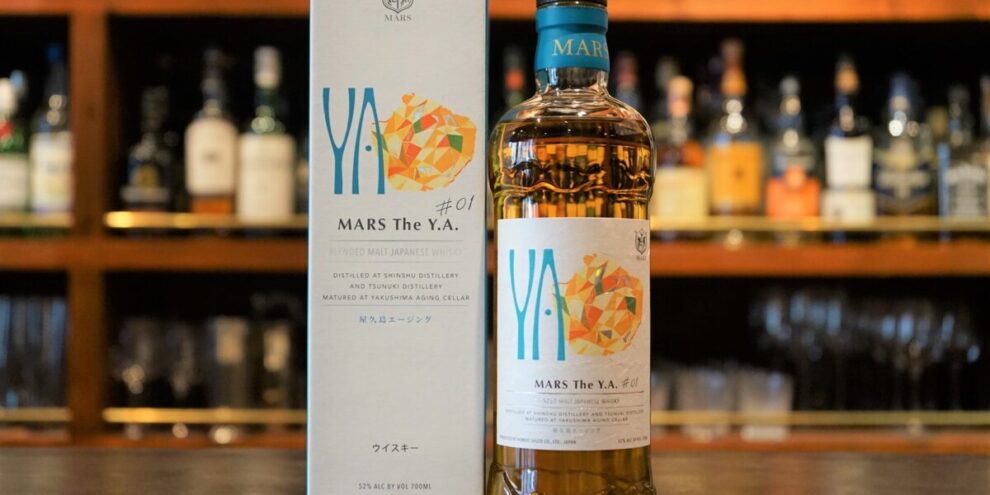 MARS The Y. A.” was born as a new whiskey brand specializing in “Yakushima-aged malt whiskey”.

It is made from malt distilled at the Mars Shinshu Distillery and the Mars Tsunuki Distillery. This blended malt whiskey is matured in the Yakushima Aging Cellar, which was newly established in June 2016 on the island of Yakushima, a World Natural Heritage site and the highest island in Kyushu, Miyanoura-dake, which is located approximately 60 km southwest of the Kagoshima mainland and is said to be the Alps floating above the sea. The “Yakushima Aging Cellar” is located in the Yakushima Densetsu Kan, a shochu brewery owned by Hombo Shuzo on Yakushima. It was built to store the original whiskey.

MARS The Y.A. #01″ is officially labeled as the first release, so it will be interesting to see how the series will develop in the future.

The natural conditions for whiskey making are very demanding: cold climate with clean air, moderate humidity, and good quality water.
In 1985, after searching for land that met these conditions, Mars Shinshu Distillery was established at an altitude of 798m above sea level at the foot of Komagatake Mountain in the Central Alps, Nagano Prefecture, in search of the best environment for whisky making.
In 1992, distillation was halted due to a slump in demand for whisky. Later, as Japanese whiskey began to be appreciated worldwide, we decided to resume distilling in 2009, when demand for whiskey was on the recovery trend. The company re-started in February 2011.
In September 2020, it was completely renovated for the first time in 35 years. The investment is approximately 1.2 billion yen.

From May 2019, renovation of existing facilities and equipment, including a new whiskey distillation building (including a barrel cellar) for the purpose of renovating aging facilities and upgrading barrel cellar facilities with a view to increasing whiskey production, and for tours of whiskey making, and a visitor building for the purpose of selling original whiskey and merchandise.
The new whiskey distillation building has a total floor area of 1,996 m2 (including the barrel cellar, which will hold approximately 2,500 barrels), and the visitor’s building has a floor area of 746 m2.

Tsunuki, located in the southwestern part of the Satsuma Peninsula, is in a long basin along the Kaseda River, a tributary of the Manose River. Surrounded by Mt. Kurata (475m) to the east and Mt. Nagaya (513m) to the west, the basin-like topography makes the summers hot and the winters cold, which are extremely severe in South Satsuma.
The area has a natural environment that is a “blessing from nature” with good water resources (Mt. Kurata spring water), and is known as “Tsunuki Mikan” (mandarin oranges) because of the effective use of the mountain slopes.
Blessed with a mild climate and good water resources, Tsunuki is the birthplace of the Honbo Sake Brewery. It has been more than 100 years since the brewery started making shochu using Satsuma sweet potatoes, one of Satsuma’s representative specialties.
Reference: Mars Tsunuki Distillery official website 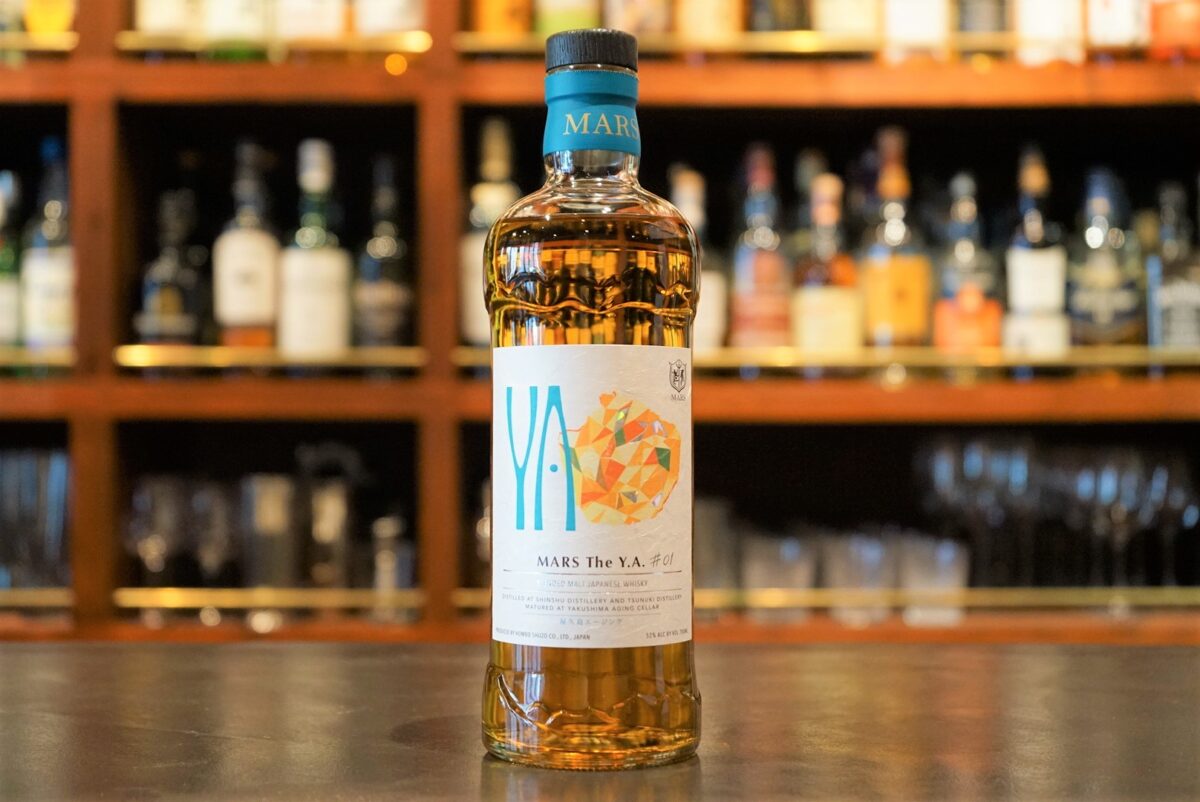 MARS The Y.A.” is a Japanese whiskey that has been matured in this unique environment. This first release is vatted mainly with malt whiskey distilled in Shinshu and Tsunuki and aged in bourbon barrels. Enjoy a bottle with a fruity aroma reminiscent of the tropics and a flavor reminiscent of the sea breeze from the coast with its raised coral reefs on the east side of the cellar, and feel the uniqueness of Yakushima Island.
This product conforms to the “Japanese Whiskey Labeling Standards” of the Japan Western Whiskey Brewers Association.
Reference: MARS The Y.A. #01｜Honbo Shuzo Co. 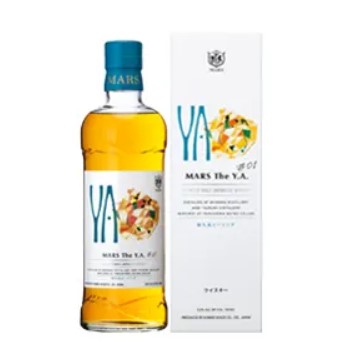 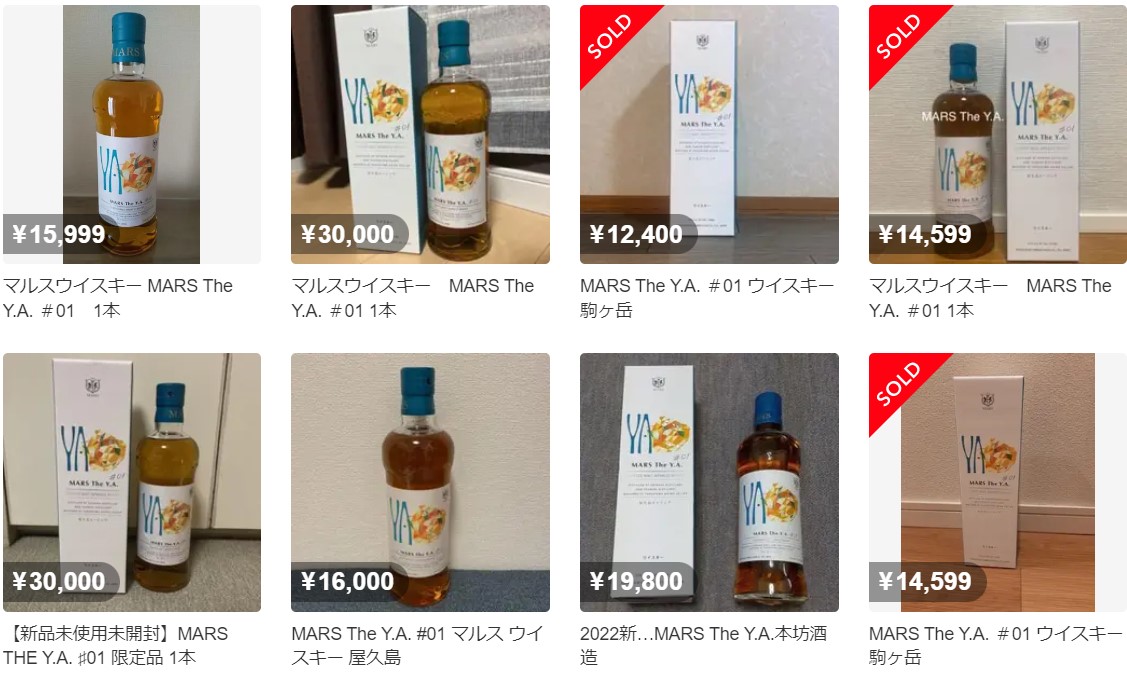 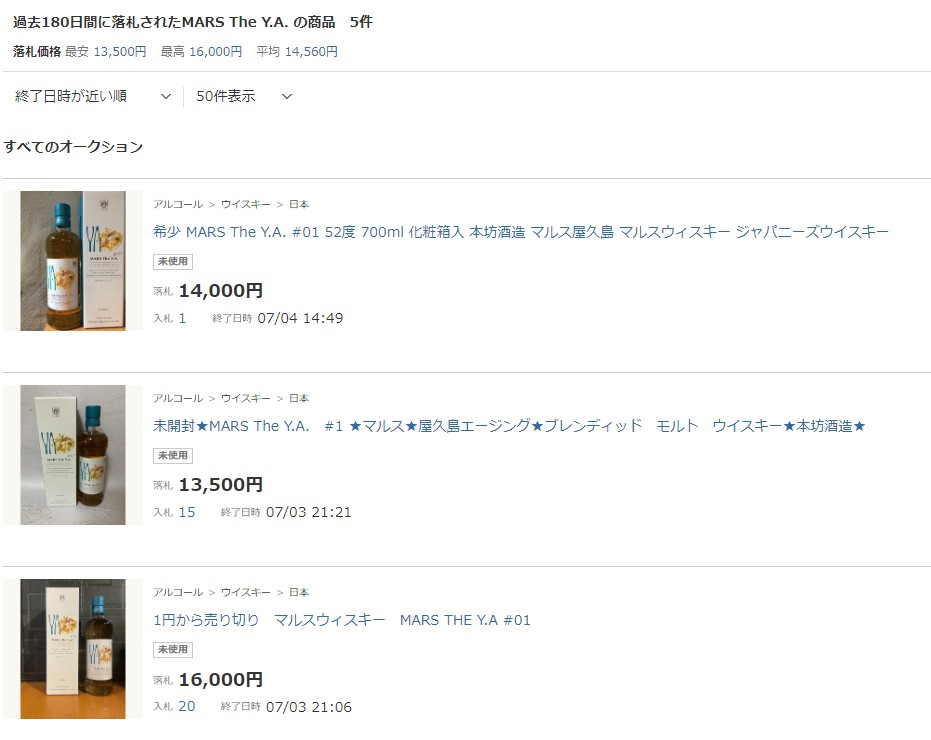 If you want to enjoy the individuality of this whiskey, drink it straight, but this whiskey is also recommended with soda. The sweetness of honey, vanilla, a little bit of oak astringency, and a touch of saltiness give the whiskey a depth of flavor that is not simply an extension of what you get when drinking it straight.

As is true of all Hombo whiskies, the price of Hombo’s whisky is under 10,000 yen, while most Japanese whiskies nowadays are priced at 10,000 yen or more. And this quality. It must be the fruit of tireless corporate efforts. It is one of the distilleries that makes you want to support.

Please take a look at other articles about Hombo Brewery.

[Review] Single Malt Komagatake 2015 Wine Cask Kakuu...
A private bottle for the Mars Shinshu x Kakuuchi Base POPUP SHIBUYA. 2015 distillate bottled in 2022. Aged in wine cask from start to finish, this is a rare bottle of Mars whisk...