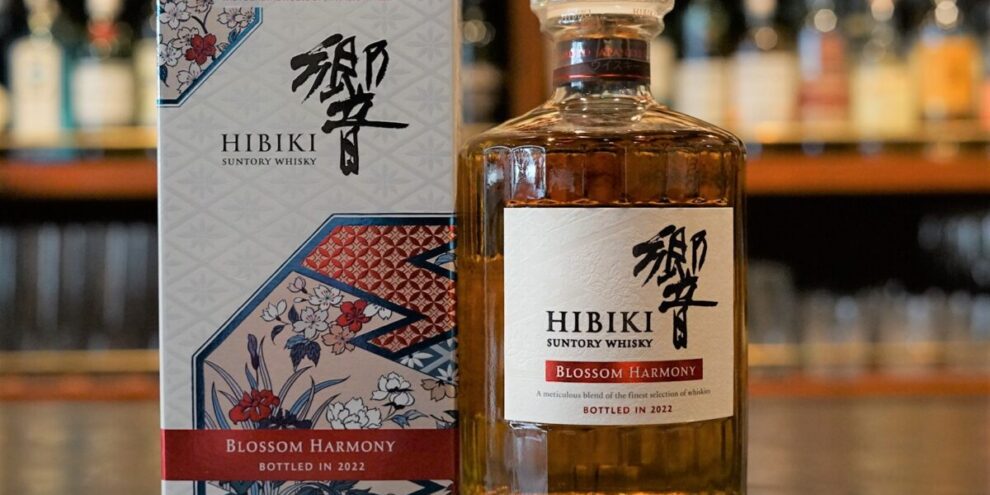 “Hibiki” is the pinnacle of Japan’s world-class blended whisky.
“Hibiki” is said to be a blend of carefully selected, long-matured whiskies from over 800,000 unique whiskies produced and stored at Suntory’s three distilleries in Japan: the Yamazaki, Hakushu, and Chita Distilleries.
“Hibiki” is a top-rated premium blended whisky released in 1989 to commemorate the 90th anniversary of the company’s founding.

“BLOSSOM HARMONY” is a blend of grain whisky aged for more than 10 years in white oak barrels and further aged for several years in cherry casks.

The octagonal plate, which is said to bring good luck, is decorated with “Matsukawabishi,” meaning longevity, and auspicious flowers such as cherry blossoms and irises, creating a neat and gorgeous design that is perfect for celebratory occasions and as a gift.

Yamazaki Distillery was established in 1923 as the first malt whisky distillery in Japan. It was a time when whisky was still a rare drink for the general public. The distillery was established in 1923, at a time when whisky was still a rarity among the general public . With this passion in mind, Shinjiro Torii set out to make whisky.
Shinjiro insisted on the Japanese climate. Of particular importance were “water” and “environment. Yamazaki is a village of famous water called Minaseno, which was written in Manyo poetry.
The water in this area, loved by the tea master Sen no Rikyu, was ideal for whisky production. The natural environment was also perfect.
Yamazaki, located southwest of Kyoto and surrounded by thick bamboo forests at the foot of Mt. Located at the confluence of the Katsura, Uji, and Kizu Rivers, and surrounded by mountains, the area is prone to thick fog and has a mild and humid climate, which are ideal conditions for the maturation of whisky.

Shinjiro decided that Yamazaki, with its water and climate, was the only place to make good whisky, and he chose this place as the hometown of his whisky.

For more information about Yamazaki Distillery, please see this article.

In 1973, exactly 50 years after the first whisky production in Japan, the Hakushu Distillery was completed in a lush forest of approximately 820,000 square meters at the foot of Kai Komagatake in the Southern Alps, blessed with abundant nature.
The brewing water is surrounded by the moist atmosphere of the forest, and the Hakushu malt is made from the pure and soft natural water of the Southern Alps, polished by granite. The long maturation process in the changing seasons unique to Japan is the source of the aromatic and refreshing “Hakushu” flavor.
In 2014, four pot stills were added at a cost of 1 billion yen, bringing the total to 16. A wide variety of pot stills of different sizes and shapes are used to make different types of sake. The cellar is a high-ceilinged rack type. Temperature and humidity are not controlled by human hands, but left to nature.

For more information about Hakushu Distillery, please refer to this article.

For more information about Chita Distillery, please refer to this article. A wide variety of sake matured over the course of four seasons. This special “Hibiki” is a blend of a variety of sake that has been aged well over the course of four seasons and rare sake that has been aged in cherry barrels.
The aroma is fragrant and flowery, the taste is round and harmonious, and the body is smooth, sweet, and rich. The harmony of its floral aroma, round and harmonious flavor, and rich, sweet aftertaste is a delight to savor. 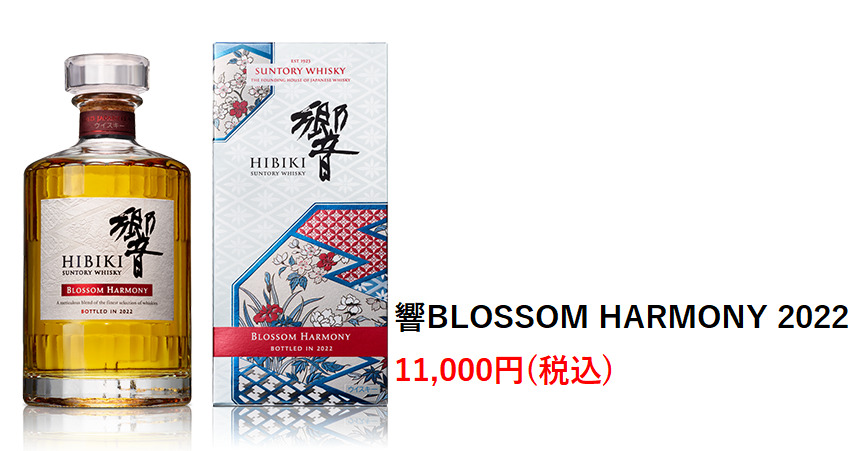 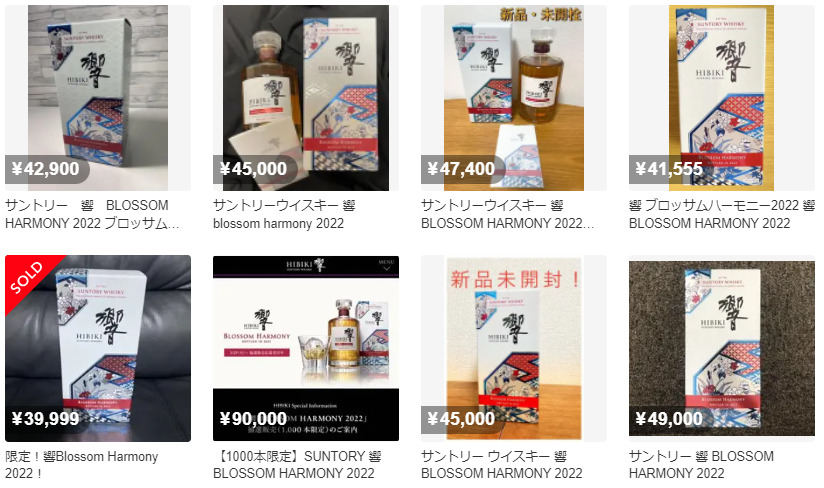 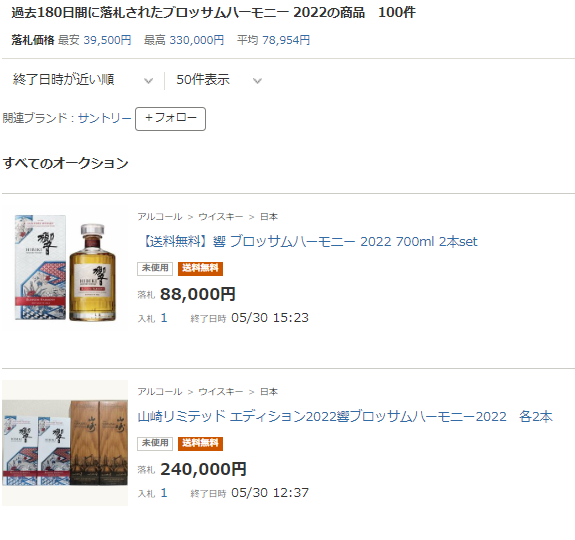 Compared to “Hibiki BLOSSOM HARMONY 2021”, it is fruity and fresher than 2021, giving the impression of being slightly more subdued.

Both the aroma and taste have a strong presence of aged grain whisky with a rich sweetness.

As soon as you put it close to your nose, you can smell the sweet aroma of grain whisky, followed by a subtle fresh aroma of cherry blossoms.

In the mouth, it is nuttier and tastier than expected. Overall, it has a strong taste, with the sweetness of grain whisky with a sense of maturity as mentioned above, and a fruity flavor reminiscent of bananas.

If you give it time to open up, the cherry cask character shows its presence even more, revealing spicy and sour tastes.

The end result is a creamy sweetness that lingers in the mouth with just the right amount of sweetness.

This is a very popular brand with limited quantities, so if you are able to purchase it, or if you come across it at a bar, please take the time to taste it for yourself.

Please take a look at our other articles on Hibiki.

[Review] Hibiki BLOSSOM HARMONY 2021 - Japanese Whis...
A fragrant aroma and round taste that will add a festive touch to any celebration. This is a delicate blend of a wide variety of grains that have deepened their character over t...
[Review] HIBIKI 17 Years Old - feature
Released in 1989, it is the pinnacle of blended whiskey. Currently difficult to obtain.