Gaiaflow Corporation’s first single cask whisky, celebrating its 10th anniversary on January 17, 2022. Gaia Flow’s first foray into the whisky industry was as an authorized importer and distributor of Black Adder.

Black Adder Lowe Cask Shizuoka 2018 3 Year Old Cask No. 781 is made from 100% Scottish non-peat barley. It was distilled in a “K” distiller and aged for three years in bourbon barrels. Minimal filtering is used and the “Raw Cask” is bottled directly from the cask, including the lees.

Established Gaiaflow Distilling Co. on October 8, 2014.
Construction of Gaiaflow Shizuoka Distillery completed on August 9, 2016.
In the same year, whisky production started on October 28.
The distillery is located in the Tamagawa district of the Occidental area of Shizuoka City, Shizuoka Prefecture, on the banks of the Abe Nakakawachi River, a tributary of the Abe River, a first-class river.
Surrounded by beautiful 400-meter-high mountains at an elevation of around 200 meters, the temperature is always 2 to 3 degrees cooler than in the city center, making it a truly desirable location.
The building was designed with the theme of fusion of Japanese beauty and Western culture, and in collaboration with Derek Baston, an American architect living in Shizuoka, the interior and exterior of the whisky distillery are made of many Shizuoka woods, which are beautiful to the eye.

Shizuoka Distillery operates two first distillation machines called “K” and “W” K is the historic Karuizawa distiller, which was manufactured in Japan in the 1950s. In November 2011, the legendary distiller was moved from the Karuizawa distillery, which had regrettably closed, to the Shizuoka distillery, where it was repaired and refurbished, and the legendary distiller was restored. The distiller’s graceful silhouette and the indirect heating of steam produce light and floral tasting sake.

The fermentation tanks are wooden vats made of locally grown Shizuoka cedar. Shizuoka City is known for its forestry industry, and they chose to use locally grown cedar in the hope of creating a whisky that is uniquely Shizuoka.
The malt mill used to grind malt (barley malt), which is the raw material for whisky, has been moved from the Karuizawa distillery and is used in the same way as the “K” distillation machine.

Incidentally, a fantastic whisky that was made at the Mercian Karuizawa distillery, but never commercialized, was purchased by a British company and bottled in 2013 as “Karuizawa 1960. It was sold for 2 million yen. It then sold for about 14 million yen at a Scottish auction in 2017. It is now clear that Japanese whisky is at the top of the target list for whisky collectors around the world.

At the distillery, there is a tasting corner where visitors can sample (for a fee) the Shizuoka Distillery’s original sake and the first “Single Malt Prologue K”. The Shizuoka distillery also imports and sells whisky, and you can sample the Indian whisky “Amrut” and the Scottish bottlers “Black Adder” and “Astamoris”. 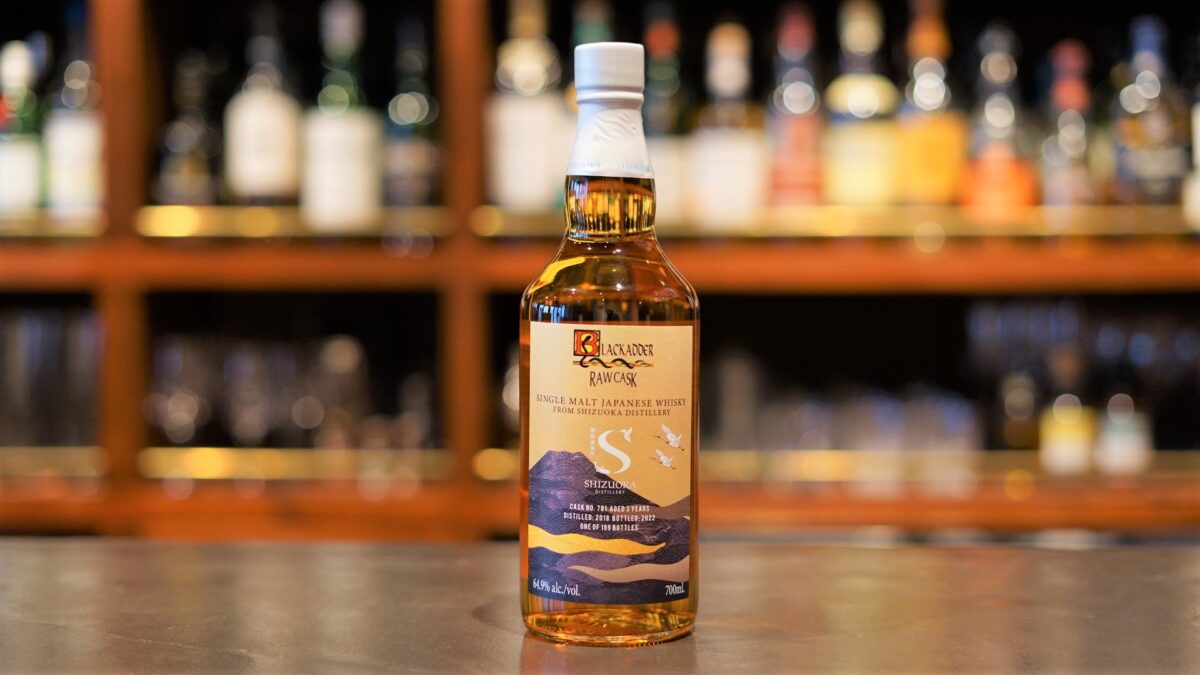 Blackadder Row Cask Shizuoka 2018 3 Year Cask No. 781 is made from 100% Scottish non-peat barley. It is distilled in a “K” distiller and aged for 3 years in bourbon barrels. It is bottled directly from the cask, including the lees, using the “row cask” method.

It has a smooth, rich sweetness that makes you wonder if it has really been aged for three years. 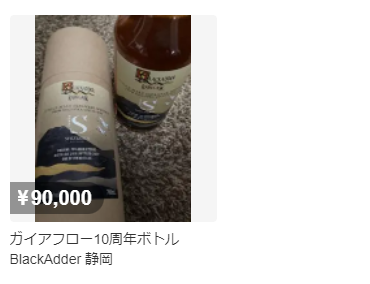 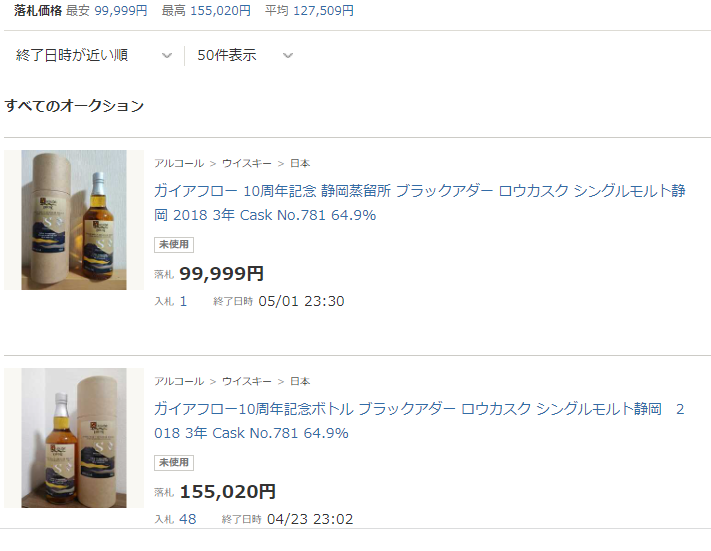 Upon tasting, my first impression was “this is wonderful” . The aroma has no alcohol horniness to the extent that it is hard to believe it is a cask strength, and there is a rich sweetness reminiscent of floral honey, vanilla, and caramel. It has a wonderful silky and very smooth mouthfeel, and there is almost no burning sensation in the throat or esophagus after swallowing.

Pour it into a glass and let it sit for a while to open up further, revealing yellow peach and floral aromas and flavors of wine.

I was honestly surprised and impressed that such sweetness could be produced after 3 years of aging in bourbon barrels.

The lees that settle at the bottom of the bottle and dance in the air, characteristic of a wax cask, are also quite tasteful.

This is a very rare whisky with only 60 bottles sold in Japan, and it is a bottle with a very high degree of perfection. This is a bottle that you should definitely try.