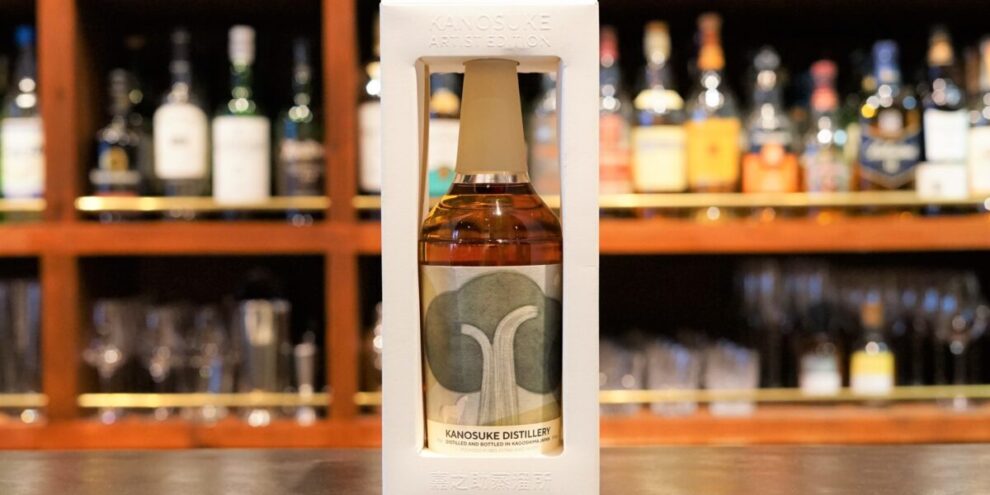 The Kanosuke Artist Edition is inspired by the “five elements” philosophy, which is deeply rooted in Japanese people’s lives, and was created by an artist active in various fields who designed an original label based on the concept of the five elements: wood, fire, earth, metal, and water.

The motif of the first “Single Malt Kanosuke Artist Edition #001” is “Tree” Non-pit malt aged in American white oak litchi casks, this is the first full bottle of 2022 from the Kanosuke distillery.

The Kanosuke distillery stands on a site of about 9,000 square meters along Fukiage beach on the west coast of Kagoshima prefecture.
The U-shaped, two-story main building houses not only the distilling facilities, but also a BAR with a great view and a store selling original goods.
The distillery’s main features are There are three pot stills (large, medium and small). Things to do. Each has a capacity of 6,000 L, 3,000 L, and 1,600 L.
Worldwide, craft distilleries (small distilleries) generally have two units. Whisky is usually distilled twice, and by using pot stills with different shapes of necks and angles of line arms at the top during the second distillation (redistillation), the aroma and flavor of the original whiskey can be changed more richly.
Fukiage beach, where the distillery is located, is one of the “Three Great Sand Dunes of Japan” and has been selected as one of the “100 Best Sand Dunes in Japan” . The beach stretches about 47 km from north to south, and strong winds blow in from the sea, shrouding the area around the distillery in a white mist of fine droplets from the sea. It is hot in the summer and cold in the winter, with temperatures near zero degrees Celsius, and snow flurries are not uncommon. 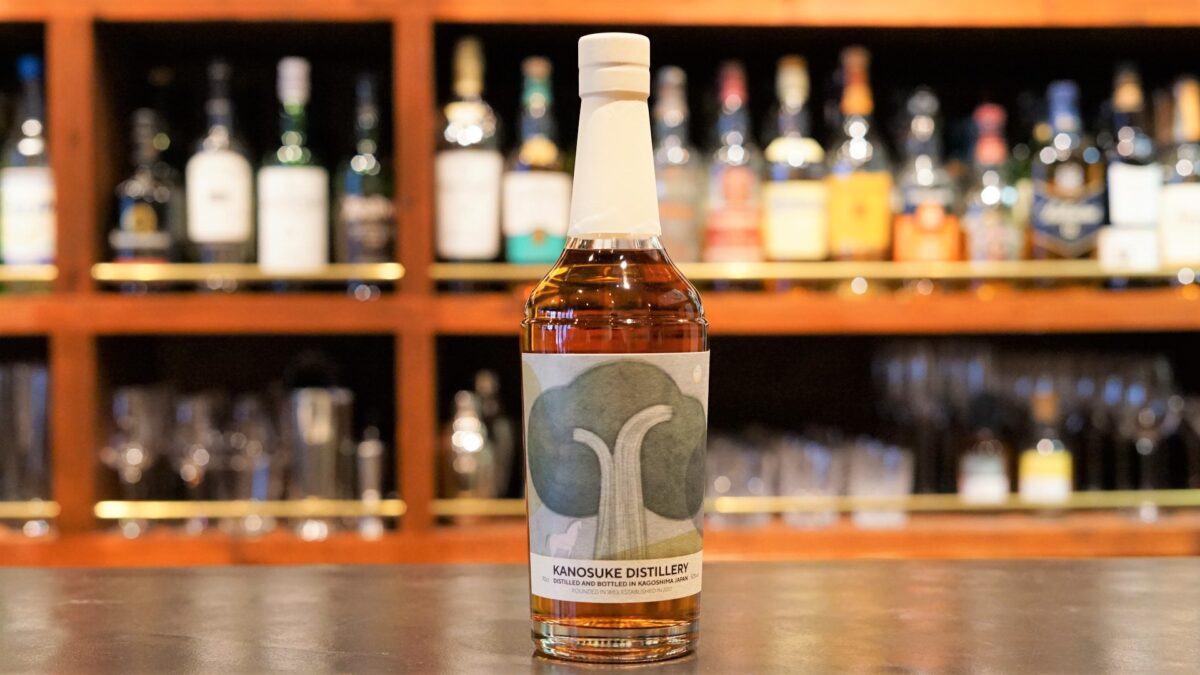 The distillery is located on a small hill on the north side of the Kanosuke distillery, where several casks of English non-pit malt from American white oak rich casks are carefully selected to be matured to the lullaby of the sea noise. The label design is by Mariko Hirasawa, an illustrator who draws on the motif of “wood” in the Five Elements philosophy.

Comment from Mariko Hirasawa
I depicted an oak tree growing strongly from the earth of Kagoshima to the sky.
I imagined the whisky born in Europe is now growing healthily here in Kagoshima.
And not only for men, but also for women who live with strength and suppleness like this tree.
The color of the product is gentle, with the hope that you will hold it in your hand.
(It is said that trees in the Yin-Yang Five Elements are represented by the colors green and light blue.) 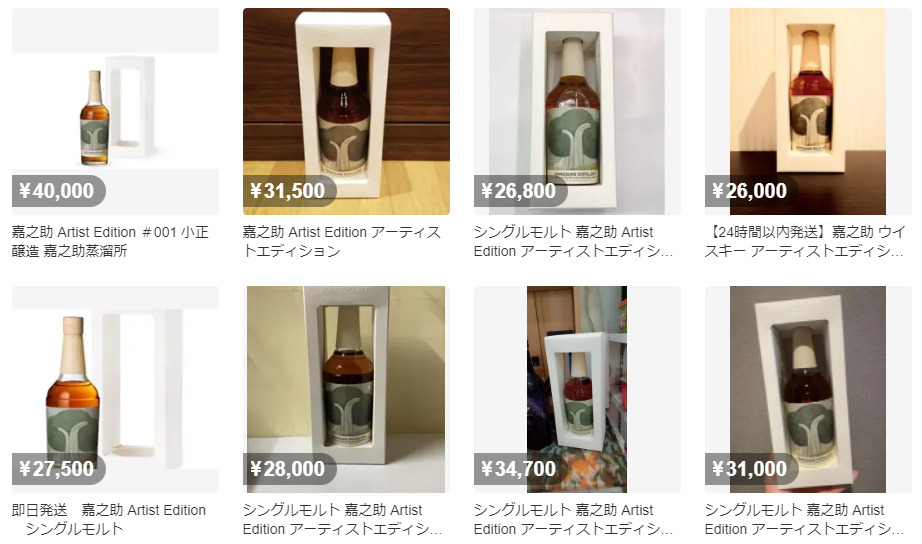 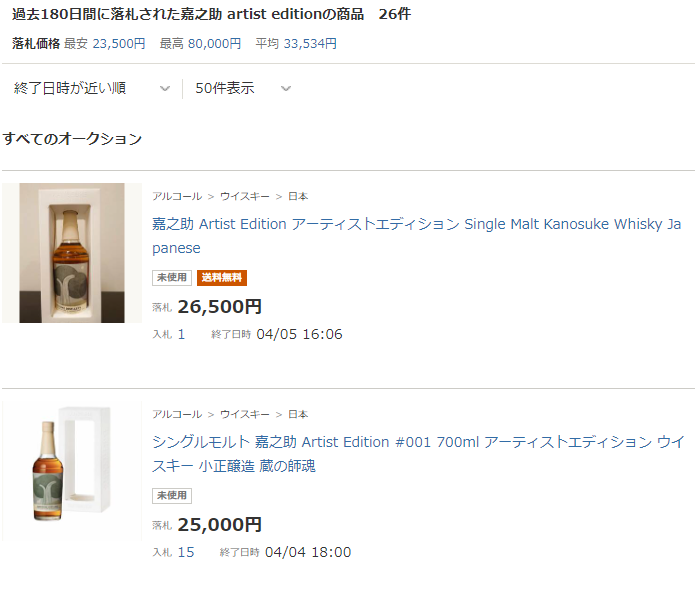 Sales through mail order sites are not confirmed at this time. (*As of April 6, 2022)

The moderate alcohol content and the unique sweetness of American oak, like honey and vanilla, are likely to sting those who are stung. The roasted bitterness, reminiscent of bitter chocolate, is a nice accent and will not bore you. The image of fruitiness like grapes and green apples, and the woodiness with a hint of mint support the aroma and taste.

It is a very gentle and pleasant drink with little loss of character even when watered down.

We recommend drinking it straight first. Then gradually add more water to find your favorite flavor.

The “Artist Edition” will be sold once a year. We are looking forward to next year’s Artist Edition, not only for the casks used and the flavor, but also for the motif and label design. I feel that this series should truly be called a work of art.

■ Please take a look at our other articles on Kanosuke.