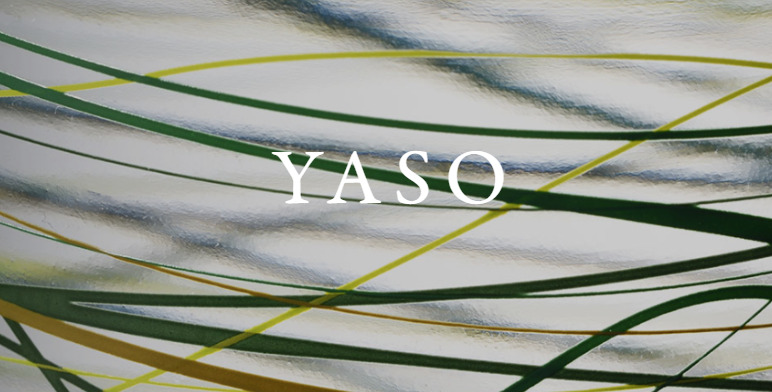 Echigo Yakuso, known for its YASO gin, is scheduled to open the “Echigo Yakuso Distillery” in Joetsu City, Niigata Prefecture around the end of August 2022.

Currently, there is no information on making whisky, but since we will exhibit at The Whisky Festival 2022 to be held in March 2022, we are guessing that there is a possibility that we may enter the whisky industry in the future.

Alcohol was born as a by-product in the process of producing health foods (enzyme products) made from 80 kinds of wild grasses.
The unique spirits made from this material and the uniqueness created by adding botanicals and re-distilling
“Memorable Gin”

“YASO GIN” is exactly the herb to drink. The botanicals that you feel firmly and the gin that is regularly released exclusively are a wonderful word.

All of them are very complete gin.

Each edition is a perfect match between unique botanicals, traditional botanicals of gin, and abundant medicinal herbs. The limited edition is somewhat difficult to obtain, but standard products are available. Why don’t you pick up this wonderful gin once by all means?

In August 2022, Echigo Yakuso Distillery will be opened as a distillery like an art museum with the concept of “taste with the five senses” with the art of “YASO GIN” , which I introduced earlier.

In October 2020, we conducted crowdfunding to fund the expansion of the distillery and the purchase of distillers. Return products including pre-sale of limited gin bottle sets are available. We collected as much as 5,252,800 yen, well above the target amount of 1,000,000 yen.

Utilizing the crowdfunding described above, it will be niigata’s first distillery restaurant with distilled scenery, contemporary art, and a restaurant bar. It is a distillery with a space integrated space where you can enjoy the scenery of Joetsu City.

The first floor is a factory floor where you can actually observe the distillation, and the second floor is an open space “Open Art Gallery Floor” . Art works on the theme of plants and fermentation will be on display for a limited time.

Yaso and local produce can be enjoyed as a restaurant bar on the 3rd floor. It seems to be a panoramic restaurant with 360 degrees glass.

Echigo Yakuso manufactures health foods (enzyme products) using 80 kinds of raw materials, mainly wild grass. Gin produced by adding botanicals to unique spirits made from alcohol produced as a by-product in the manufacturing process is expressed as “memorable gin” and expressed as art.

Echigo Yakuso Distillery aims to be a recycling-oriented distillery that does not emit any garbage. Usually, plants used as botanicals are treated as residues. At Echigo Yakuso Distillery, the residue generated in the process of manufacturing products is grown in the garden on the site, and the residue is used as fertilizer for YASO such as spices and juniper berries. Instead of recycling, we have built a cycle that takes into account the natural environment. 50 or 100 years from now, we will engage in a variety of projects closely related to nature and the region.

“YASO GIN” is highly appreciated among gin rubber. The distillery brings excitement as if you were visiting a museum. Perhaps the early days of the open will be quite crowded?

In addition, it is not currently clear whether reservations for tours are required for this corona disaster. If you have a reservation system, you may be able to visit calmly with a small number of people.

Echigo Yakuso will also be exhibited at The Wildsky Festival 2022 to be held in March 2022. I would like to consider that there is a good way to enter the whisky industry in the future.

Just thinking about what kind of whiskey Echigo Yakuso, which has made very complete gin, will fill your heart with expectations!