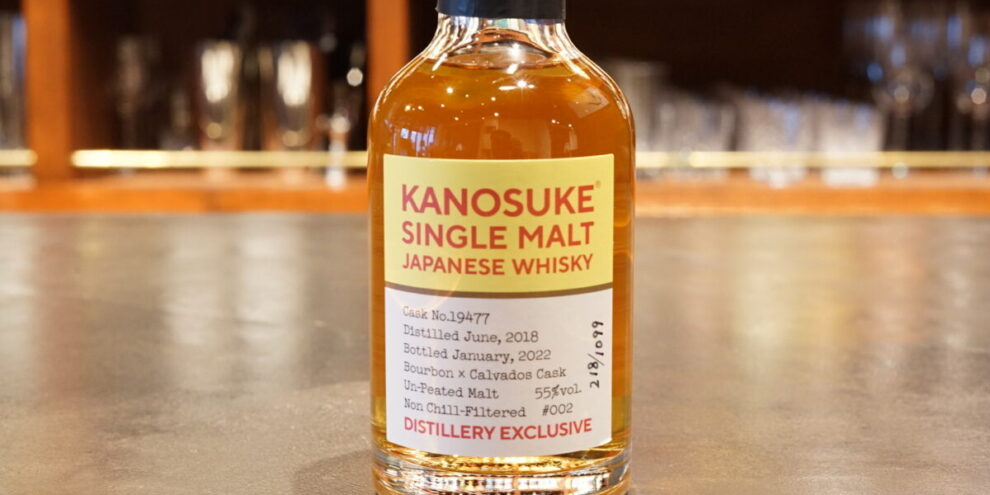 It is a rare whisky aged for one and a half years in a bourbon barrel and two years in barrels of Calvados (distilled liquor made from apples). The taste is just fruity and the presence of apples is amazing!

If you couldn’t go to Kanosuke Distillery because it was too far away, we were selling by lottery in February, but unfortunately if you were defeated, it may be the last chance, so don’t forget to apply.

How to apply：Click here for web lottery application form.
Multiple applications from the same name and the same address will be invalid.

The base of #002 is 2018 non-pete original sake, which was made with our original three pot stills.

It is a single malt that is aged in a bourbon barrel for about a year and a half, then aged for 2 years in a barrel of “Calvados” , a distilled liquor made from apples made in Normandy, France. You can enjoy a taste that combines freshness and depth in a well-balanced manner.
quotation：Kanosuke Distillery Official Website 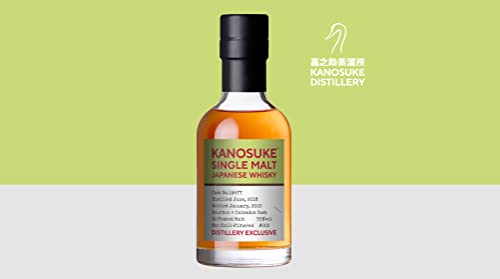 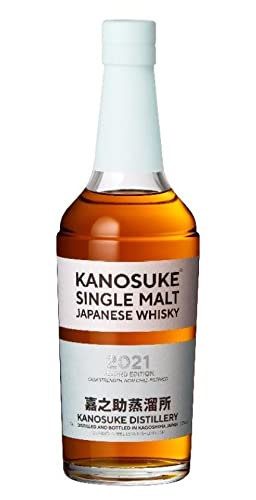 Finally, our journey of Japanese whiskey begins. (From manufacturer HP)