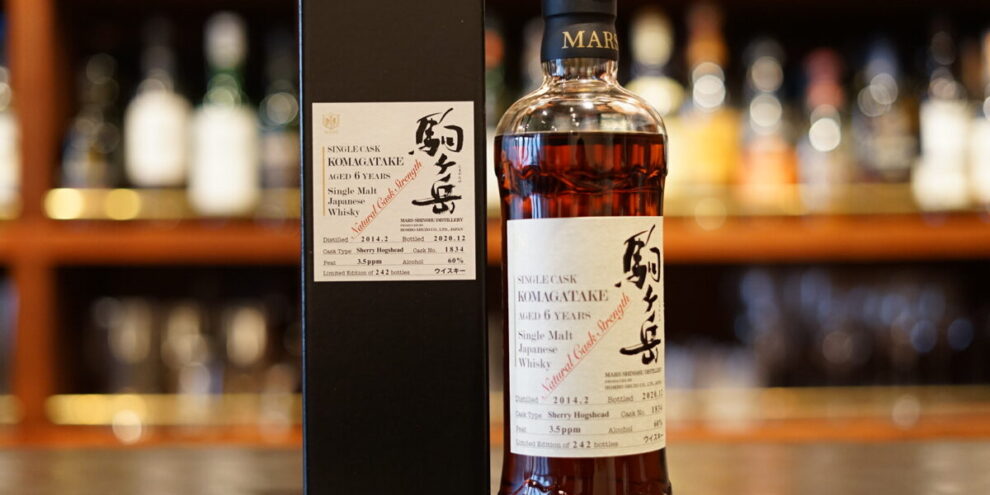 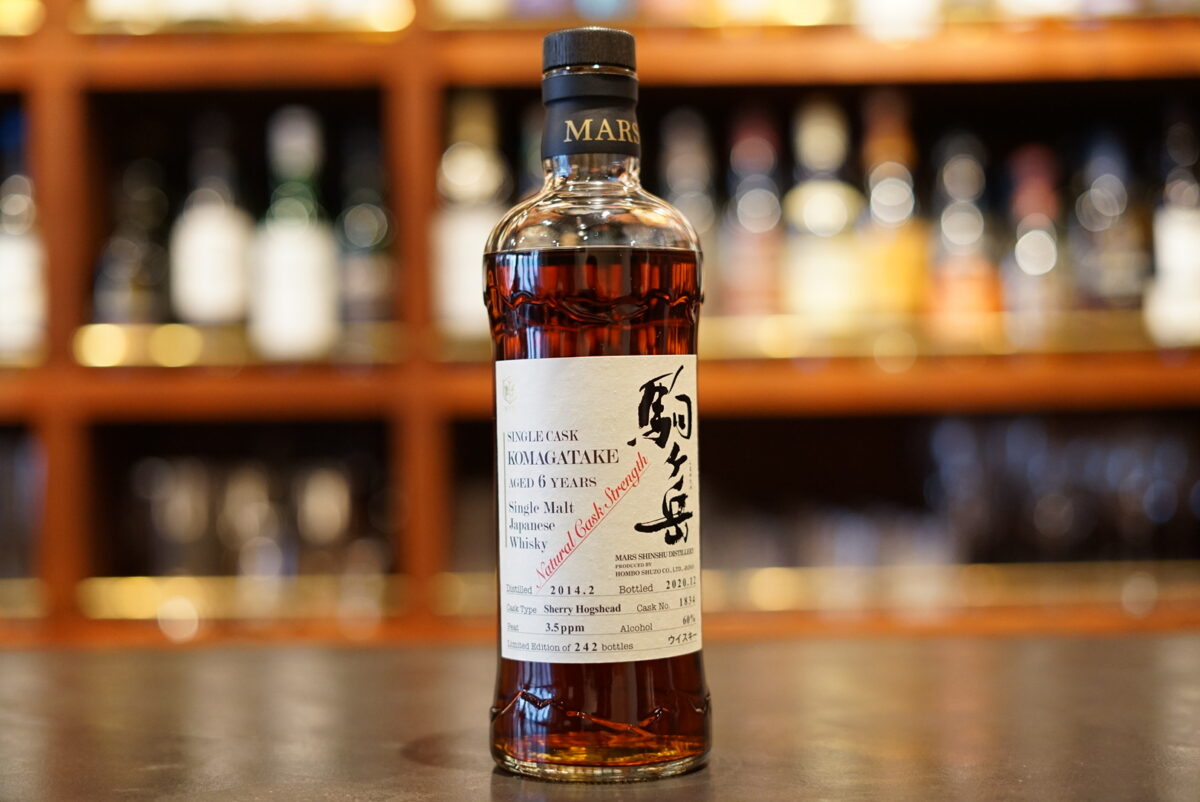 Miyata Village, Kamiina-gun, Nagano Prefecture, is located at the foot of Mount Komagatake in the Japanese Alps. Surrounded by good quality water and rich nature, Mars Shinshu distillery stands in a quiet forest at 798m above sea level.
The “Single Cask Komagatake 2014 No.1834 AGED 6 YEARS” is a rare single cask whiskey that was carefully selected from among the malt whiskeys matured in the cool environment of Shinshu, and bottled from one cask of lightly peated (3.5ppm) sherry hogshead whiskey matured for more than 6 years. This is a rare single cask whisky.
Reference: Japanese Whiskey｜Single Cask Komagatake 2014 No.1834 AGED 6 YEARS 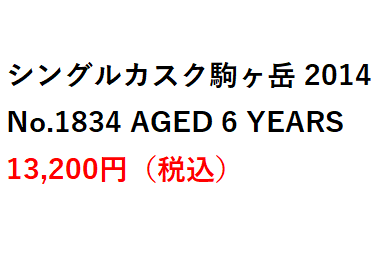 There seems to be no sales on Yahoo Auction at present (*as of February 3, 2022)

This time it is a single cask of sherry hogshead. It has a fairly dark amber color.

The aroma and taste are very rich, and you can feel the weight of 6 years of aging. The aroma is very sweet, but on the palate, the sweetness comes first and then the bitterness quickly follows. I could also detect a plum-like sourness and a syrup-like sweetness, but overall, I felt a bittersweetness. I had the impression that the bitterness of the sherry was supported by the aging process. The viscosity is surprisingly low from the impression of the dark amber color and aroma, and it has a smooth mouthfeel.

The lingering bitterness and sweetness linger in the mouth like bitter chocolate.

When water is added, the aroma opens up gently, the sweetness and bitterness become stronger, and the aftertaste becomes slightly shorter and cleaner.

The “Single Cask Komagatake” is currently being sold on a regular basis. However, since it is limited to a very small number, it seems to be quite difficult to obtain. If you have a chance to drink it, I would like to compare them.

[Review] Single Cask Komagatake 2013 No.1663 AGED 7 ...
A single cask that was distilled in 2013 at the Mars Shinshu Distillery and aged for 7 years. The aged barrel is a bourbon barrel. Limited to 199 rare whiskeys.

Please check out the other articles about “Hombo Shuzo, Single Malt Komagatake” . 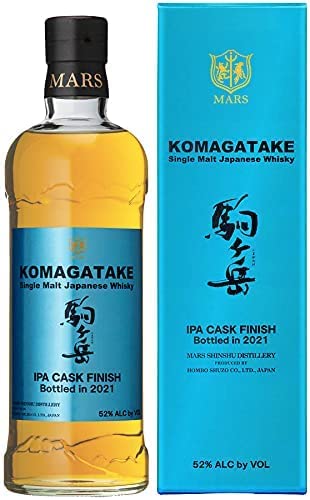