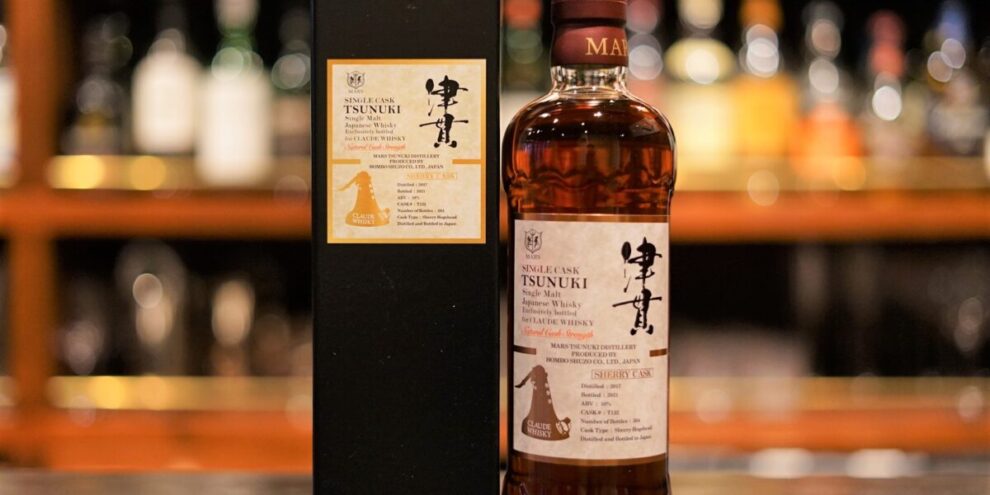 Mars Tsunuki Distillery will celebrate its 6th season in 2022.

Bottled at Tsunuki Distillery as a private bottle of CLAUDE WHISKY. Mr. Tatsuro Kusano, who is in charge of distilling at the Tsunuki distillery, selects raw materials, mills, saccharifies, ferments, distills, and matures the sherry hogshead for about 5 years before bottling this single cask.

Tsunuki, Kaseda, Minami-Satsuma City. Here in the southwestern part of the Satsuma Peninsula, in the midst of mountains full of greenery. Mars Tsunuki Distillery, the southernmost whisky distillery on the mainland This is the first time I’ve been here. 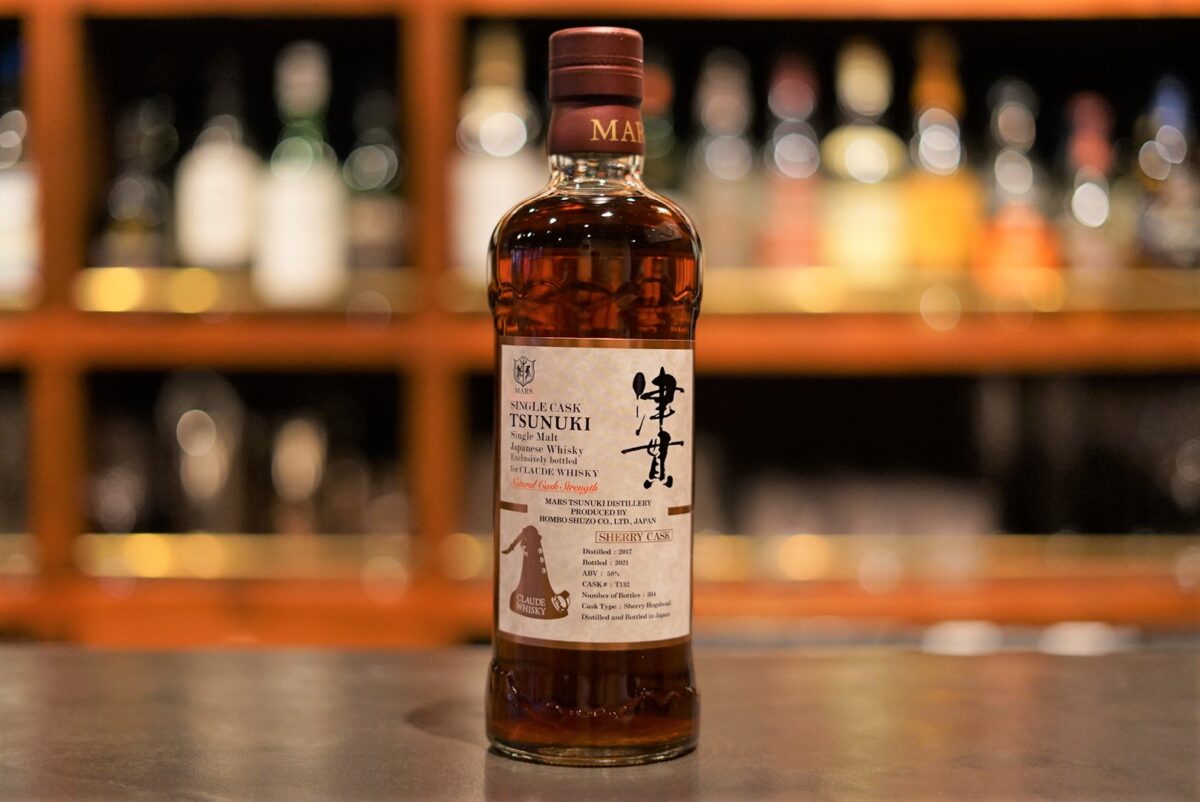 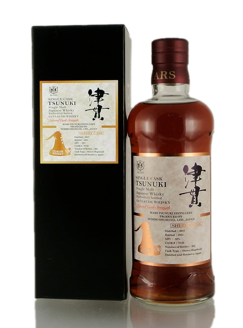 We have not been able to confirm any listings on mail order sites. (*As of February 2, 2022)

Because it is made with hogshead, you can experience a rich sherry flavor. If you like sherry, this is the bottle for you.

Adding water gives it a lighter texture, hides the bitterness, and increases the sweetness. I recommend drinking it straight, or twisting it up.

Incidentally, a hogshead is a bourbon barrel that has been dismantled and reassembled. A hogshead made from a sherry barrel is called a sherry hogshead.

It is called a hogshead because the weight of a barrel filled with whisky is roughly equivalent to a pig’s head.

When you think of a single cask of a pig’s head, you can understand its rarity.

Please check out the other whiskey articles from Honbo Shuzo.