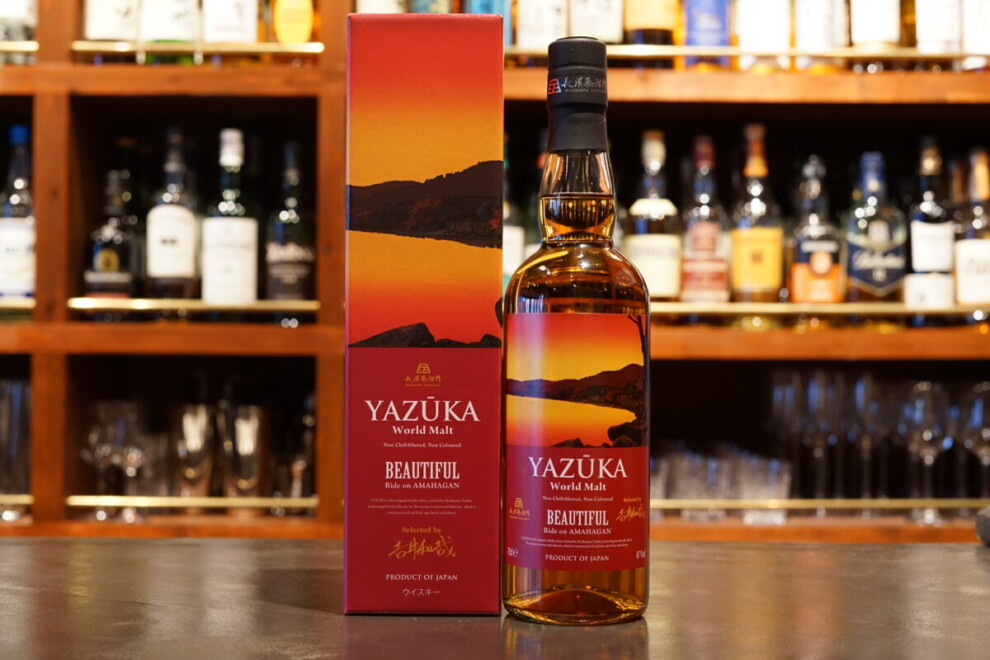 A collaboration whiskey between Kazuya Yoshii, one of Japan’s leading rock musicians, and Nagahama Distillery.
Kazuya Yoshii’s first encounter with authentic Scottish single malt whisky was at a bar in Scotland that he visited for a photo shoot. He was shocked by the taste of Scotch whisky recommended by a local gentleman, and as he fell in love with the charm of Scotch whisky, I had a strong desire to make a whisky that reflected my own life someday. Kazuya Yoshii himself was involved in setting the taste theme, blending, tasting, and selecting the barrels for this premium whisky.

The product name “BEAUTIFUL” is the title of Kazuya Yoshii’s first single song. This is a gem of a song that THE YELLOW MONKEY wrote while he was going through various struggles as a musician during his solo activities after he stopped his activities in 2001. It is a whiskey that delicately expresses the peaty bitterness and sweetness that comes from a mature man who has overcome suffering and sorrow. It was released on August 19, the 50th anniversary of my father’s death.

The unique shape of the pot stills installed here reminds us of the very origins of whiskey making.
The Nagahama Distillery was originally a rice warehouse from the Edo period, but was renovated and started making beer in 1996. Later, in 2016, equipment for whiskey production was introduced. The building has an atrium, with saccharification tanks and distillers on the first floor, and crushers and fermentation tanks on the second floor.
There are two pot stills for first distillation and one for second distillation, and the heating system is an alambic type pot still shaped like a gourd with indirect steam, a type of pot still often used for distilling brandy. Among Japanese craft distilleries, only the Nagahama Distillery currently uses this alambic type pot still. It has the advantage of producing a clearer, softer, and less muddy liquor.

From the time of its founding until now, there has been a lot of trial and error. Major changes include changing the malt grinding ratio, changing the fermentation time from 60 hours to 72 hours, and changing the distiller from two to three. Also, the number of distillers was increased from two to three. When the distillery was founded, the first distillation kettle was 1000 liters and the second was 500 liters, but the second kettle was replaced and all three kettles are now 1000 liters. Also, following the example of Scottish distilleries, the distillation equipment is rarely cleaned. We have made many changes in the four years since our establishment. 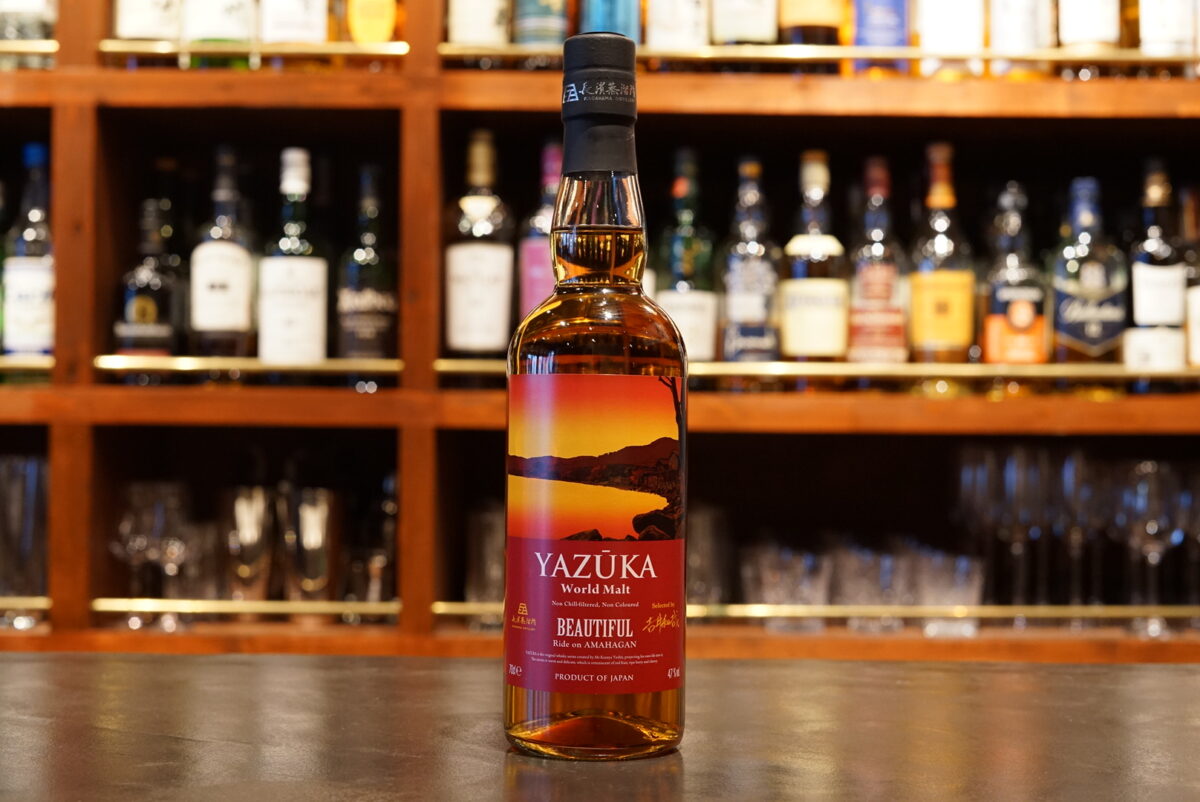 Mellow aroma of sherry barrels and smoky aftertaste.
A lustrous amber color. The top notes are berries and raisins from the sherry casks. Gorgeous, sweet and gentle aromas reminiscent of passion fruit and dried fruit. The mouthfeel is very smooth, and the smoky accent from the peaty raw material mixes with the richness of the sherry cask to create a more profound taste. The pleasant smokiness lingers on into the finish, disappearing down the back of the throat with a velvety, delicate flavor. 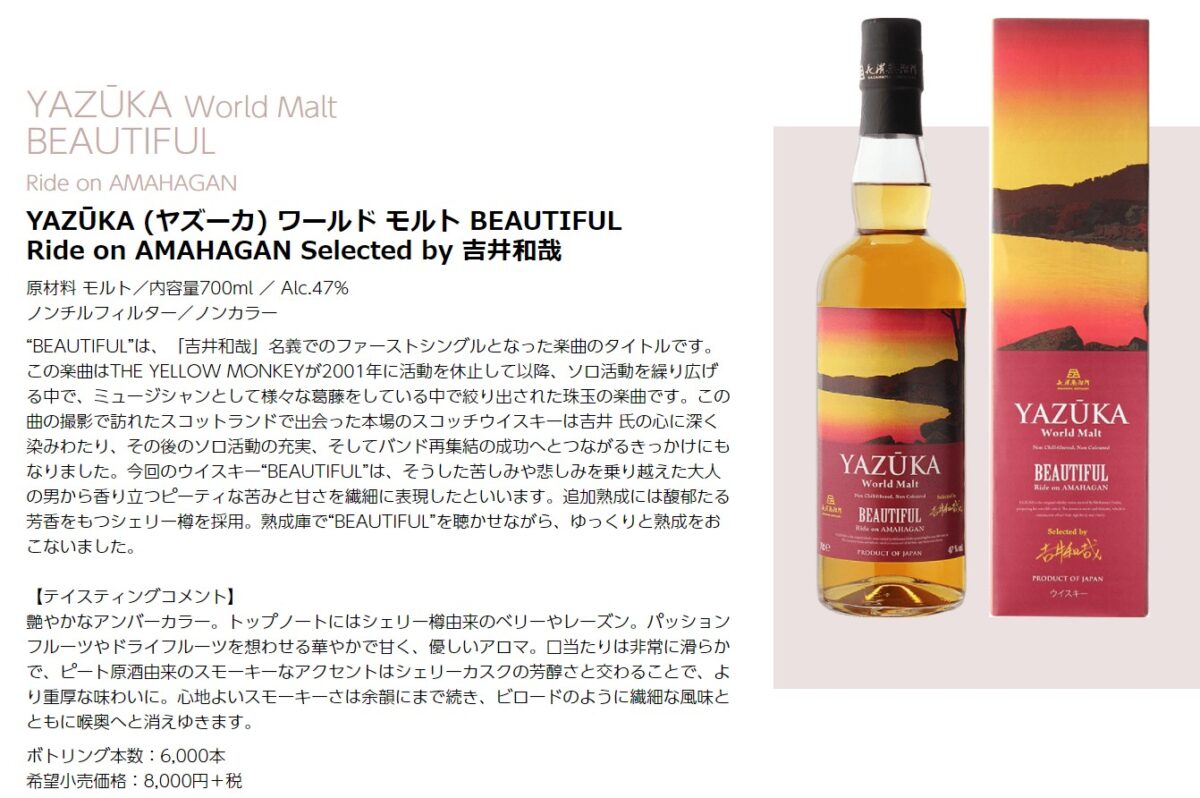 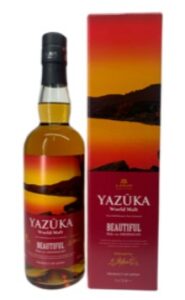 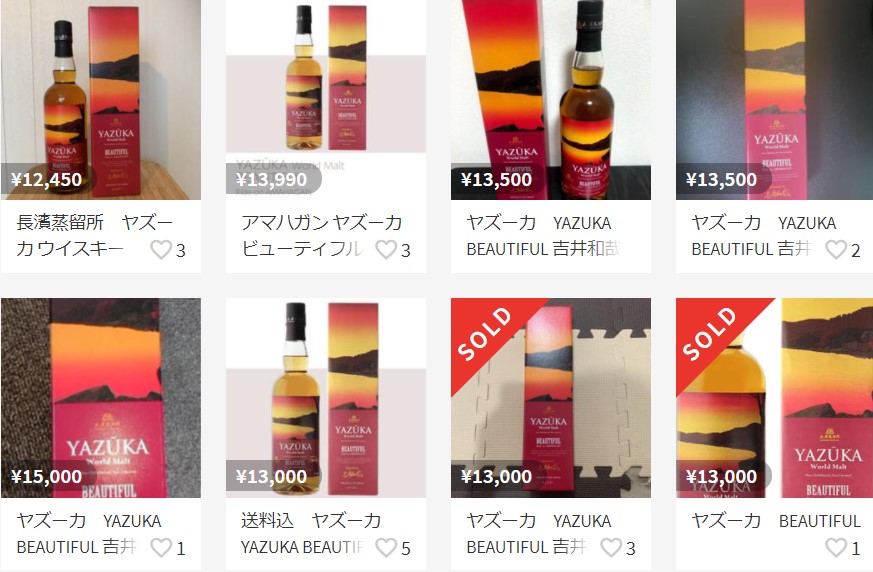 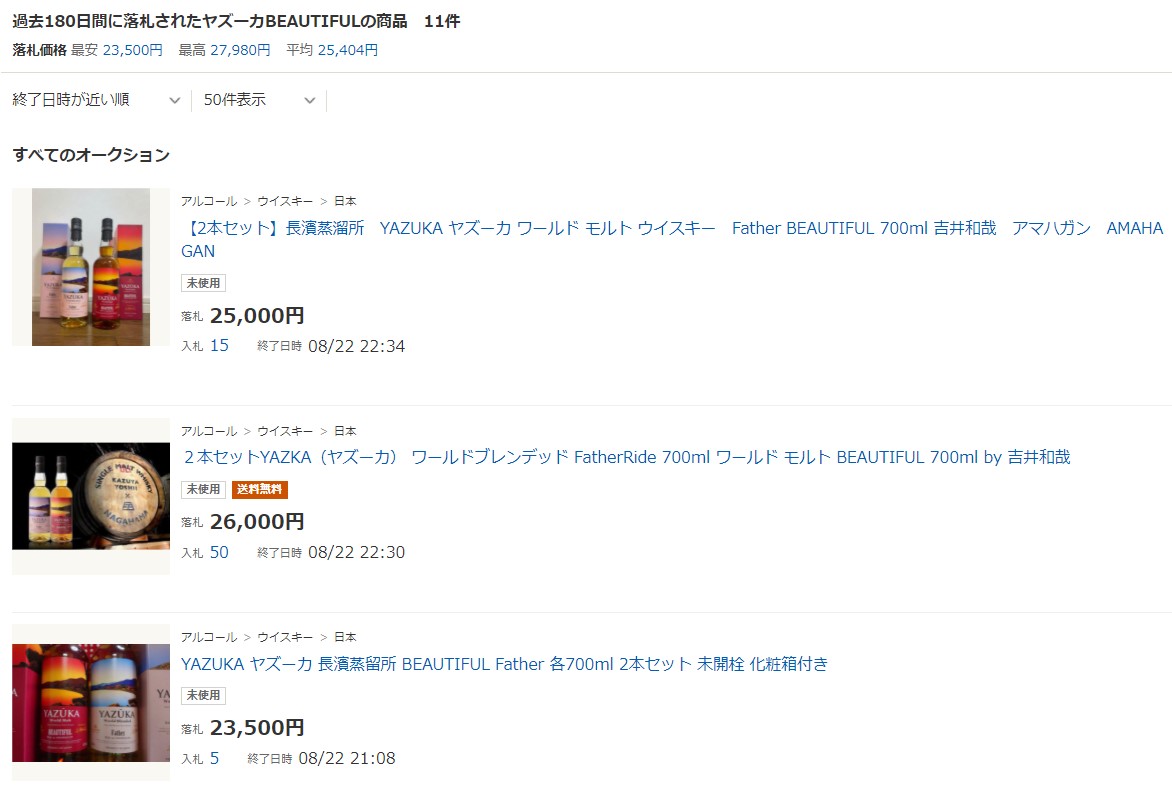 Kazuya Yoshii’s attention to detail is not limited to blending and tasting, but also extends to aging. Bourbon barrels for “Father” and sherry barrels for “Beautiful” were used for additional aging to match the taste of each song. By carefully maturing the whiskey in the Nagahama Distillery’s maturation room while listening to each original sound source in the barrels with pure audio without any mixture, we succeeded in imbuing the world view of each song even more strongly into the taste of the whiskey.
I’m sure there are some people who bought this whisky because they are fans of whisky but don’t know much about it. If the whiskey is aged in barrels with the music, the fans will be very happy. Please enjoy this whiskey while playing the music and thinking about it.

■Please check out the other articles about Nagahama Distillery.