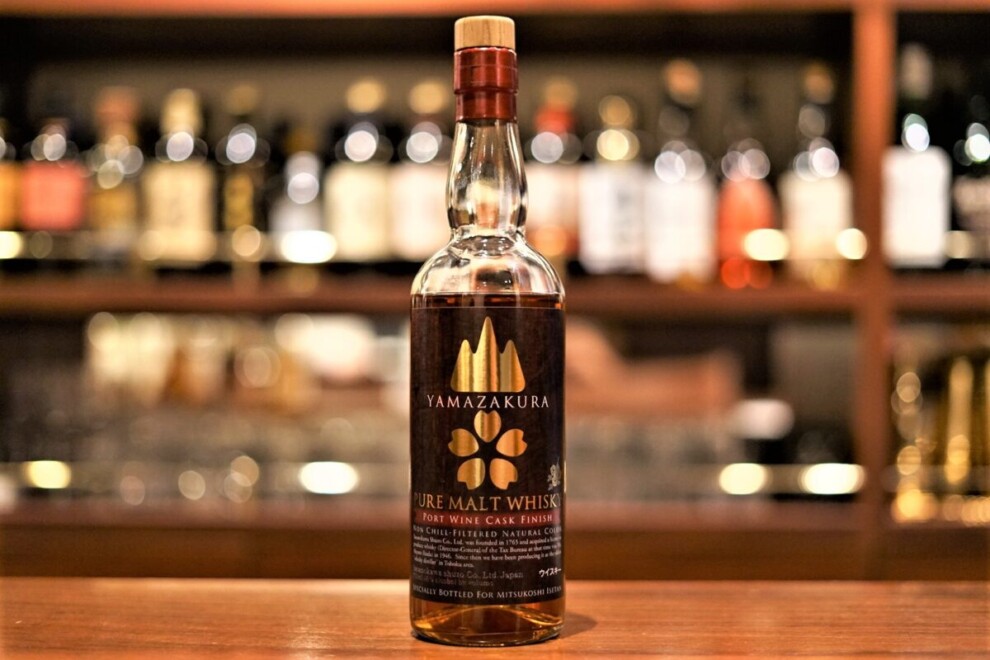 The Sasanogawa Brewery, known as “Cherry in the North, Toa in the East, Mars in the West,” played a role in the local whisky boom around 1975 to 1960.
This is a port wine cask finish from the Yamazakura series, produced exclusively for Isetan Mitsukoshi by the only and oldest local whisky maker in Tohoku.

Yamazakura Shuzo, founded in 1710 south of Lake Inawashiro, moved to Koriyama in 1765.
This Yamazakura Shuzo was the first to obtain a license to brew whisky in 1946, as the demand for whisky increased as a national policy during the American occupation after the war.
Brewing sake was extremely difficult due to the rice shortage during and after the war, and the influx of Western culture after the war was also a factor in the company’s commitment to whisky production.
In the 1950’s and 1960’s, during the period of rapid economic growth, Sasanogawa Brewery’s Cherry whisky, along with Toa Shuzo and Honbo Shuzo, was called “Cherry in the North, Toa in the East, and Mars in the West.
However, after a period of low growth and changing tastes, Toa was forced to withdraw from the business in 2003, and the barrels of undiluted whisky from the distillery in Hanyu were taken care of by Sasanogawa.
In 2003, Toa was forced to withdraw from the business, and Sasanogawa took custody of the barrels of undiluted sake from the distillery in Hanyu. This was a big help in the release of “Ichirose Malt,” which later became popular worldwide.
Since the end of the war, the distillery has continued to produce whisky in small quantities, and currently uses two types: Scotch and malt imported from Kentucky.
It is located in Sasanogawa Shuzo, a sake brewery that has been producing sake since the Edo period, and started full-scale operations at the end of October 2016 with production facilities in place.
The pot still looks great against the old-fashioned plaster white walls. 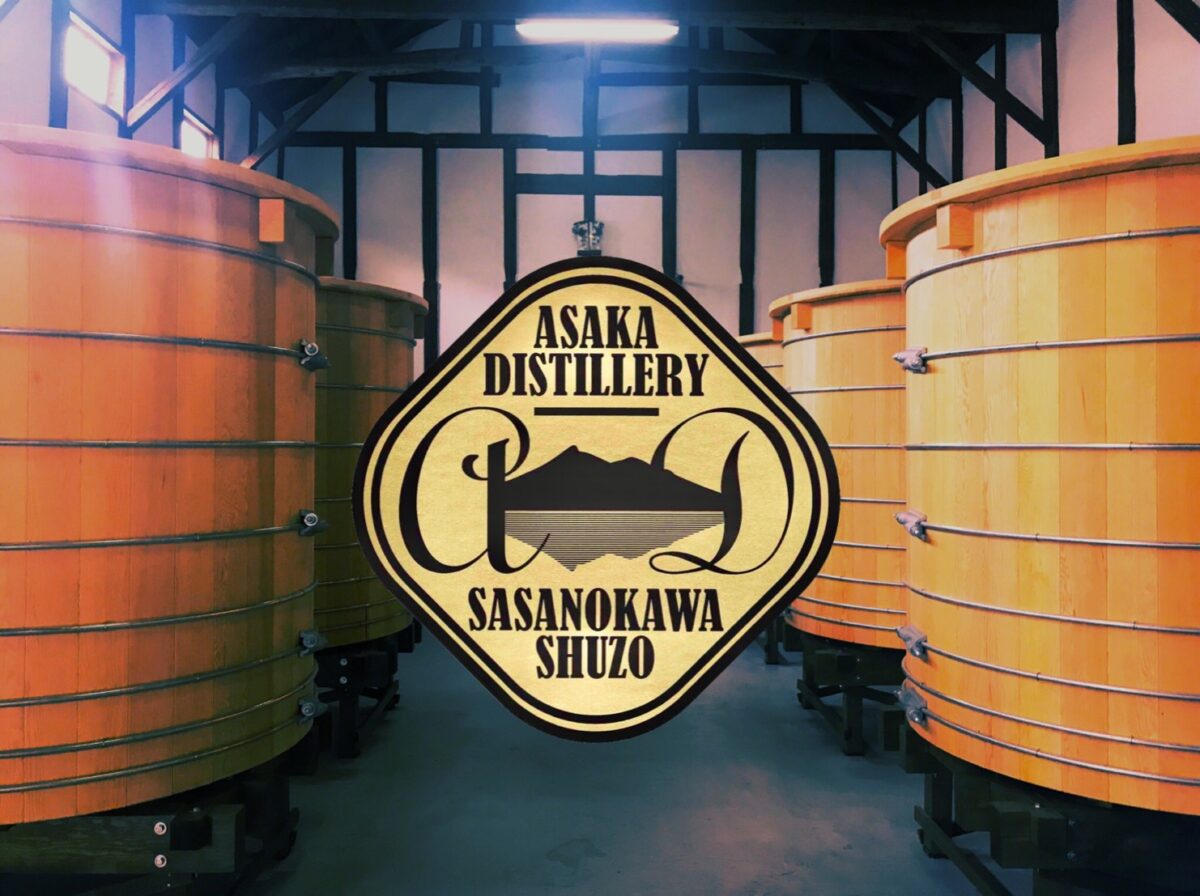 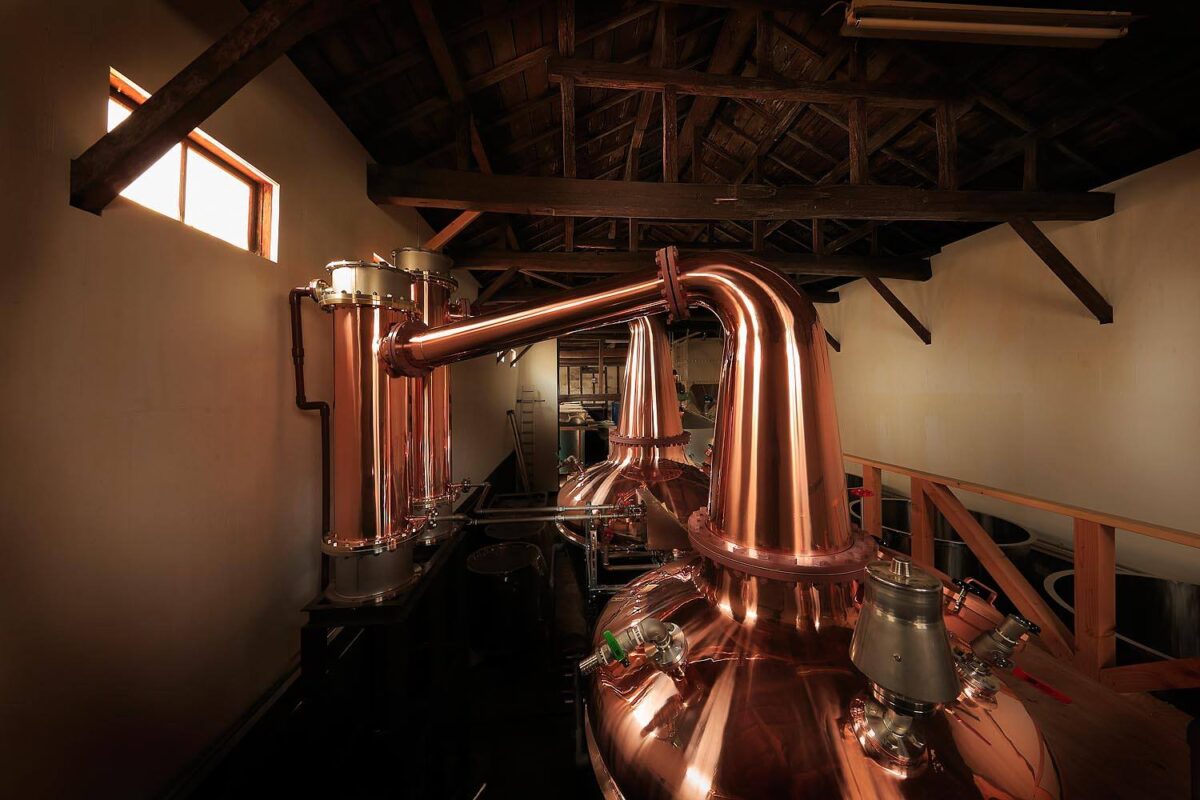 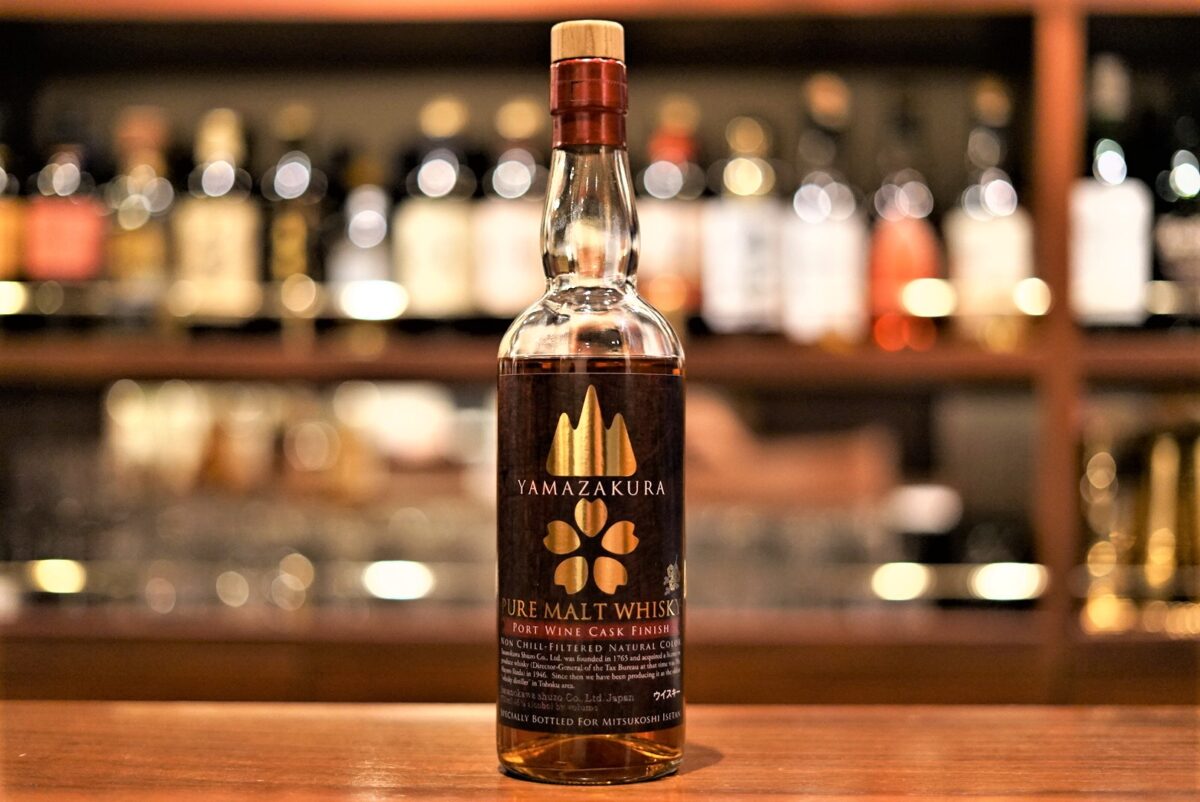 The cold wind from the Bandai grater nurtures Azumi’s whisky.
A pure malt whisky made from carefully selected malt matured in bourbon barrels and finished again in port wine barrels.
Non-chill filtered (no cooling filtration) and non-colored (no coloring) bottling.

It has a sweet aroma and strong tannins unique to port wine.
Limited edition for Isetan Mitsukoshi.
The port wine is from Portugal, which is characterized by its mild tannins. 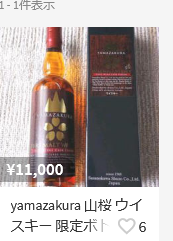 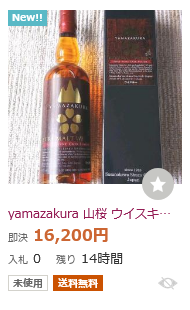 This is a famous product that was quietly marketed because it is a limited product of Isetan Mitsukoshi.
Firm aroma. Tannins that can be fully felt.
The Sasanogawa Brewery, one of the leading whisky producers in the Tohoku region, has created a series of cask finishes with many variations.
I hope you will enjoy it like a wine, slowly warming the glass in your palm and feeling the aroma open up.