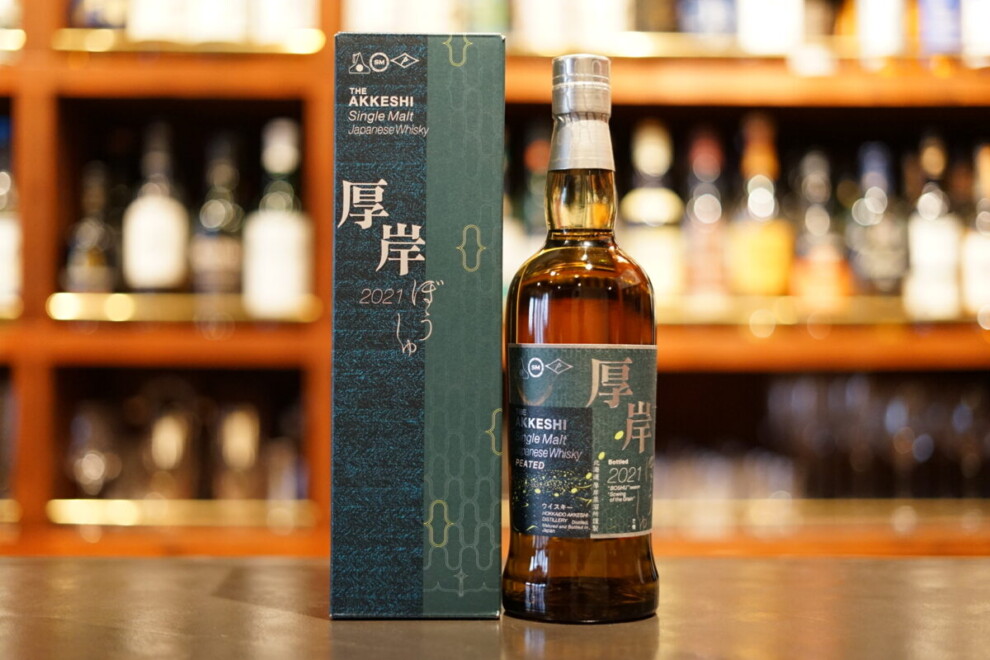 This is the third installment of the Akkeshi Whisky 24 Seasonal Season Series.

This will be the first release in three months since the last blended whisky “Amemizu” was released.
This 24-season series will be released alternately as single malt and blended, and this time it will be released as single malt.
The year is divided into twenty-four equal parts, and the seasons are named after them.
It also includes the often-heard “Risshun” and “Summer Solstice.”

The “Boushu” is said to be the time to sow the seeds of grains with a pointed tip, such as rice and wheat, around June 6 every year.

It also refers to the period between the “Boushu” and the summer solstice, the next solar term. From a meteorological point of view, it is around the beginning of the rainy season.
The 24 solar terms are not fixed dates, so the dates change slightly from year to year, but in 2021, “Boushu” will be June 5. It also refers to the 16 days or so until the summer solstice on June 21.

This year, the name of the product is “Japanese whisky“.
This indicates that the product was made in accordance with the “Voluntary Standards on Japanese Whisky” that came into effect on April 1, and is proof that it is a genuine Japanese whisky.

The “Boushu” label design is based on a deep green color with fireflies. In the eastern part of Hokkaido, including Akkeshi, there are many wetlands, which seem to be inhabited by “Heike botaru”.It can be seen from June to August, and the design of the fireflies is perfect for the”Boushu”s label.

Deep fog with tidal air, clean air, and abundant peat. We began distilling in 2016, believing that the climate of Akkeshi, Hokkaido, would create the unknown flavors of Japanese whisky that we were seeking.
Just like the whisky making process on the island of Islay, we use water that passes through a layer of peat for the brewing water, and the whisky is matured day by day in the cool, humid, and sea breezes of Akkeshi.
The area around Akkeshi is rich in peat, which is essential for the flavoring of whisky, and the varied topography of the sea, mountains, and marshland means that different flavors can be expected from each location where the peat is collected.

With a strong desire to produce whisky like Islay malt using traditional Scottish methods, we installed equipment made by Forsythe in Scotland. Forsythe’s craftsmen came to Japan to carry out all the work.
The shape of the pot still is a straight-headed onion shape, similar to that of some distilleries in Islay.
Heating is by a radiator system, the attached condenser is a shell and tube type and the mash tun is a semi-loiter type.
The fermentation tank (washback) is stainless steel, and we dare not adjust the temperature. The craftsman determines the timing of fermentation while letting nature take its course.

In addition to the two dunnage-type aging rooms, an innovative rack-type aging room was completed in February 2018. The aging room is located right next to the Akkeshi Bay. The aroma of the sea wafting through the air is expected to have a positive effect on the characteristics of the whisky.
In addition to bourbon and sherry, difficult-to-obtain “mizunara” oak is used for maturing barrels. Furthermore, we are challenging all possibilities such as matching with wine and rum barrels.

Lake Akkeshi and Bessanbeigi Marsh are registered wetlands under the Ramsar Convention. The Ramsar Convention is a treaty on wetlands adopted in Ramsar, Iran on February 2, 1971, which aims to conserve and wisely use wetlands as habitats for waterfowl and other wildlife under international cooperation.
We aim to be a distillery that protects and coexists with this rich nature.
The intake for the drinking water used for whisky is the “Homakai River” upstream of the “Ohoro River”, which runs near the distillery. The area around the distillery is a marshland and a habitat for the “Baikamo”, which is said to live only in clear streams. The small white flowers that bloom in the summer season are a symbol of the rich water. This water nurtures the whisky of the Akkeshi.

The full-bodied sweetness of the Akkeshi malt may attract fireflies to the area.
Please enjoy the early summer time with the malt grown up listening to the sea noise of the Akkeshi Bay.
Reference: Kanten Jitsugyo Corporation, Akkeshi Distillery Facebook page 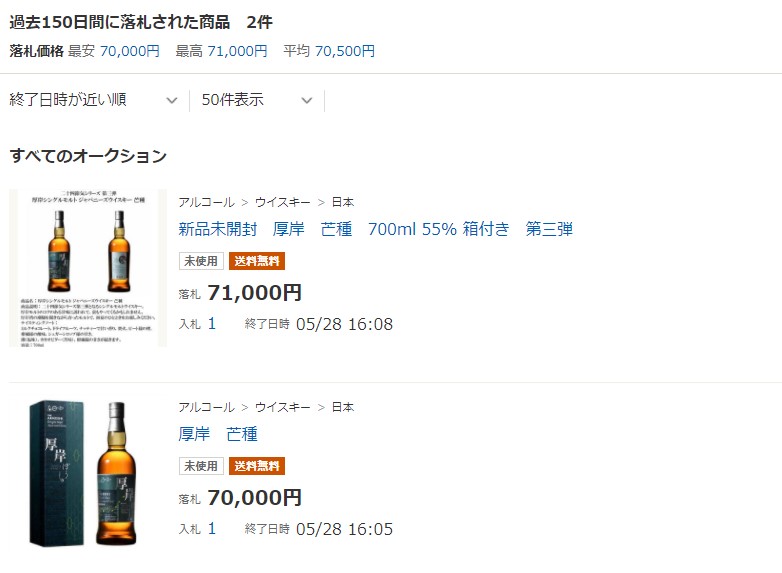 It seems that this 24 Season series will be released alternately as single malt and blended.
This means that there will be 24 different kinds of whiskys in 24 seasons, and they will release 3 to 4 bottles per year. If the pace is 3 bottles per year, it will take 8 years to complete the whole series. I would definitely like to complete the series.

The Akkeshi Distillery’s future plans include growing barley, the raw material for whisky, in the Akkeshi area, and producing all of its whisky, including peat and wooden barrels for maturation, in the Akkeshi area, with the aim of creating an “all-star” whisky in the future.
This year, too, it seems that the sowing of Akkeshi barley was successfully completed in mid-May. It seems that preparations are steadily underway for the “Akkeshi All Star”.
They are also stepping up their efforts to use Hokkaido barley (Furano, Nakashibetsu) as a raw material, and although the Hokkaido barley they tested in 2018 cost more than twice as much as the Scottish barley and had an alcohol yield of about 80-90%, the flavors were Japanese (warm tangerine, roasted chestnuts, dense roasted sweet potato). From 2019, they will be producing about 10% of the barley from Hokkaido.
I can’t wait to see when the next release in the 24 Seasons series will be, and I can’t wait to see what the name of the 24 Seasons will be.

If you want to know more about the Akkeshi Distillery, it was featured on BS Fuji’s Whiskipedia in December 2020, so be sure to check out that distribution.
The program is not only about the charm of Akkeshi whisky, but also about the nature of Akkeshi town, the fishery centering on oyster fishing, and the marriage of whisky and oysters from Akkeshi.

■Please also check out other articles about “Akkeshi Distillery and Akkeshi Whisky.