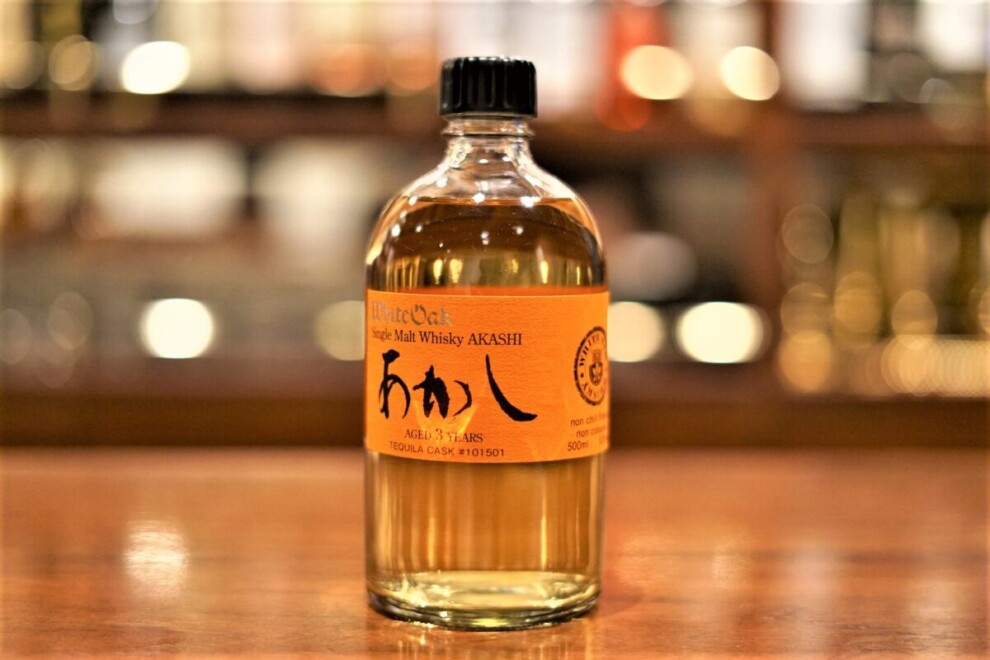 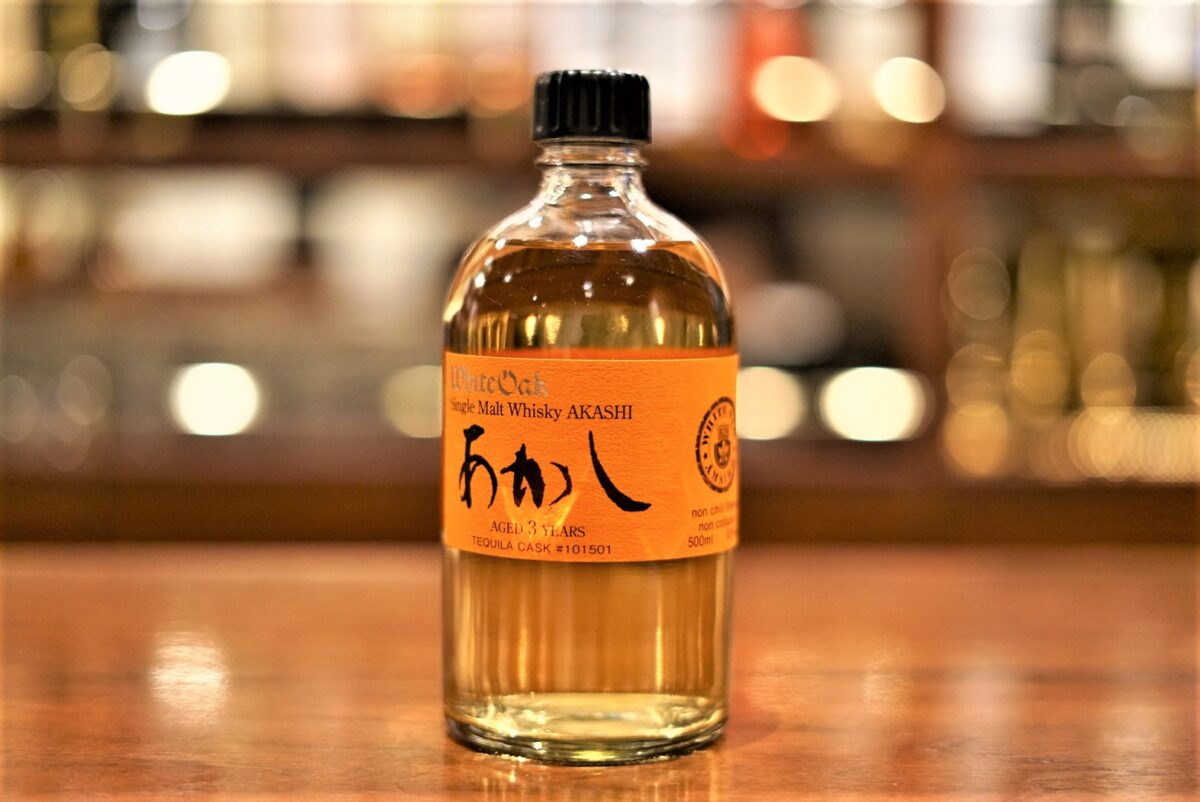 This is a limited edition single cask whisky bottled especially for the modern malt whisky market.
Stored in a Tequila (ANEJO) cask for 3 years.
The raw malt is imported and used entirely from the UK. The single cask is aged for three years in hogshead bourbon barrels and then aged for two years in ANEJO standard tequila casks.
It has a green aroma reminiscent of vegetables, an exquisite mix of malt, agave, and oaky flavors, and is non-chill filtered and non-colored, making it quite rich.

A limited edition bottle created in collaboration between Shinanoya and Eigashima.
The “Modern Malt Whisky Market” is a whisky event that has been held by Sanyo Bussan Co., Ltd. since 2006 for liquor professionals, and unfortunately is not open to the general public.

This is a tequila that has been aged for less than one to three years.
Anejo is a word that means “matured” and the long aging process in barrels results in a dark gold tequila, also known as amber, that looks like whiskey. 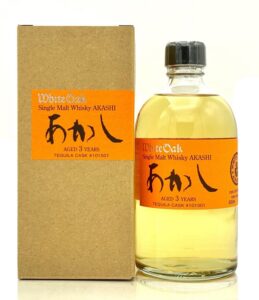 This is a bottle where the blender’s skill shines through, as it has both the sharpness of a scotch type and the goodness of a Japanese style, while also having a sweetness derived from tequila barrels.
The limited series of Akashi Whiskey, which can be said to be the runner-up of local whiskeys, is a whiskey that is easy on the wallet, yet the quality is high and the current products are easy to obtain.
However, with the popularity of Japanese whiskey accelerating in recent years, there is still a shortage of undiluted whiskey that continues to be a hot demand from overseas.
In addition, the demand for Eigashima Shuzo’s limited edition whiskey, which is made entirely from British malt, is expected to continue to increase in recent years.
I think it is important to keep an eye on the movements of Japanese breweries in the definition of Japanese whiskey.
I’ll be keeping a close eye on Eigashima Shuzo and their future plans.